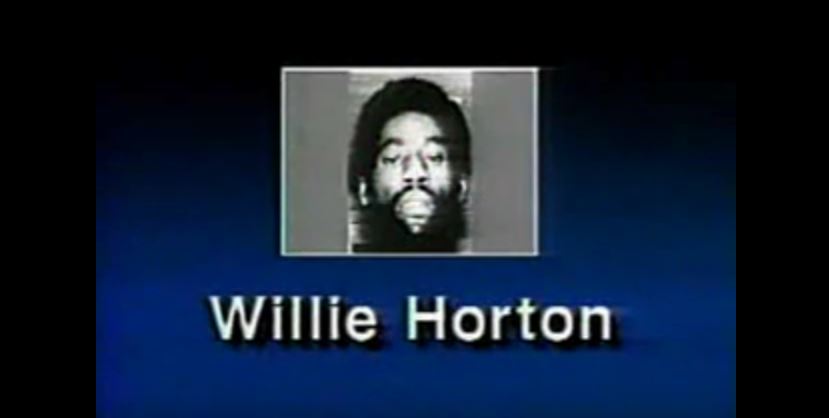 New York Times liberals don’t come any more knee-jerk than Andrew Rosenthal, son of the paper’s long-serving former executive editor A.M. Rosenthal. From 2007 to a few months ago Rosenthal served as the paper’s Editorial Page editor. His first opinion column "Why Republicans Won't Renounce Trump," plays on a seemingly deathless theme: Racist Republicans and the Willie Horton ad from the 1988 campaign, which Rosenthal has mentioned at least 16 times over the years to smear the Bush Sr. campaign and Republicans in general as racist. This time the Republican is Donald Trump.

When Donald Trump attacked a federal judge whose parents were born in Mexico, Hispanic Americans were outraged. Other minority groups saw a pattern of bigotry. Democrats had a hard time concealing their glee. Republican leaders pretended they disapproved.

Well, to be fair, they did disapprove in a way -- not because Trump believes the things he says, but because he says them so directly.

Far too many Republicans share this kind of racism and have for a long time. Trump has just dispensed with dog whistles and revels in his bigotry instead. But this is the party the Republicans have been deliberately and assiduously building for many decades, the party of division and intolerance. George H.W. Bush’s racist tactics in 1988 against Michael Dukakis -- the Willie Horton ad in particular -- seem almost genteel by comparison.

Today’s Republicans have stymied every effort at reforming immigration, at achieving true equality for women, at ending the scourge of racist drug laws and criminal sentencing rules. The Republican Party has generated a wave of laws designed to make it harder for black Americans and other minorities to vote. It’s not that Republicans don’t want to deport millions of Mexicans and ban Muslims from our shores. They just don’t like to talk about it in the open.

Would those be the same “racist drug laws” President Bill Clinton and the Congressional Black Caucus endorsed?

Senator Mitch McConnell, the Republican majority leader, could not stir himself to call Trump’s comments racist. McConnell said on “Meet the Press” last Sunday that he did not agree with Trump that the judge should recuse himself, but that was all the interviewer could get out of what passes for a statesman in the G.O.P. these days.

Asked about one right-wing blogger who said Republicans were backing a racist candidate, McConnell simpered that what matters is winning the White House. “The right-of-center world needs to respect the fact that the primary voters have spoken,” he said.

Yes, in favor of blatant intolerance.

Given the cowardice of his fellow members of the party of Lincoln, Trump is, naturally, doubling down on running for racist in chief.

Supporters of Bernie Sanders who talk about voting for Trump instead of Clinton if their candidate finally decides to drop out should consider this latest episode, and Trump’s larger pattern, carefully. They should know they would be voting for a racist.

Rosenthal leaves out some inconvenient truth: During the 1988 presidential primaries, it was Democratic candidate Al Gore who during the Democratic primaries brought up Massachusetts' wacky furlough program up in a debate with Massachusetts Gov. Michael Dukakis. After Dukakis won the primary, the Bush campaign narrowed its focused onto Willie Horton, a convicted murderer who raped and killed while out on a weekend furlough. The official Bush ad didn't show a picture of Horton (an ad by an independent group did).

The Republican argument against the furlough program effectively exposed Dukakis as soft on crime, and voters stayed away from the Democratic party for one more cycle. Of course, such a sin could never be forgiven, and Rosenthal hasn’t. (Note that Rosenthal is the same reporter who fostered the falsehood that the Sr. Bush was flummoxed by a grocery scanner, the better to show him out of touch with the people.)

Rosenthal was a reporter on the trail during that 1988 campaign, where he leaped on Bush's anti-crime argument against Dukakis as prima facie evidence of racism. (Note that one of those accusing the campaign of racism was notorious race-baiter Jesse Jackson.)

Senator Lloyd Bentsen, the Rev. Jesse Jackson and other Democrats accused the Presidential campaign of Vice President Bush yesterday of inflaming the nation's racial fears with a relentless emphasis on the case of a black prisoner who raped a white woman while he was on leave from a Massachusetts prison....

In a September 2015 blog, Rosenthal proved he had still not moved on.

Mr. Bush’s father, George H.W., won the White House in 1988 by kicking off the Republican Party’s use of the politics of fear and division. His campaign against Michael Dukakis was based largely on xenophobic messages about an American of immigrant Greek origins; baseless accusations that Mr. Dukakis was not patriotic and was anti-religious; and shameless exploitation of racist imagery (Willie Horton).

One thing I could have made clearer in my blog post is that racially tinged and outright racist attacks did not begin with the election of Mr. Obama. They have been going on for a long time, and yes, particularly from Republicans. This bitter strain was evident in my first assignment for The Times in the 1988 general election, when the infamous “Willie Horton ad” was used against Gov. Michael Dukakis of Massachusetts, the Democratic nominee. Mr. Dukakis was also the target of xenophobic attacks based on his Greek heritage. The debate over immigration reform has had a river of racism running through it.

This line is especially hard to take since it was the Republicans who perfected the art of injecting racial fears into modern-day politics (remember Willie Horton in 1988?) and have conducted an unrelenting personal attack on President Obama that sometimes has not-so-subtle racial overtones.