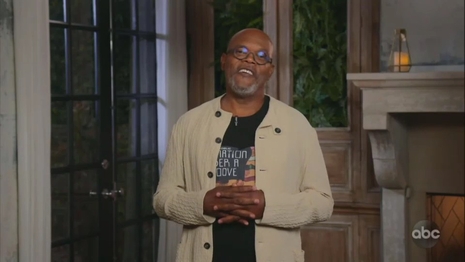 Many Twitter users press the “publish” button knowing their thoughts could get them kicked off the platform.

Just Google the names “Roseanne Barr” and “Justine Sacco” for Exhibits A and B.

Liberal celebrities don’t have that fear. They can say almost anything on the social media platform knowing they’ll skirt its rules of conduct. Their Hollywood bosses won’t hold them accountable, either.

The catch? They target conservatives with their bile.

Ellen Barkin wished death on President Donald Trump without a whiff of punishment, and she’s not alone. Bette Midler cheered violence against a GOP senator, repeatedly, and faced no blowback from Twitter or her Hollywood employers.

Samuel L. Jackson is the latest example of this liberal privilege.

The Tweet is vicious on two fronts. It hearkens back to the “Uncle Tom” slur that haunts black Americans to this day. The term, inspired by Harriet Beecher Stowe’s Uncle Tom’s Cabin, describes blacks who betray their own people and interests.

The bestseller was meant to rally the moral sentiments of whites against the horrors of slavery, and it succeeded. But the character of “Uncle Tom” has become synonymous with servility and self-hatred.

For some progressives, any black American who leans to the Right betrays his or her own people. They’re not allowed to disagree with the Democratic platform. Larry Elder made “Uncle Tom” about this toxic trend, and he’s planning a sequel to be released soon.

That two-pronged attack would merit serious repercussions had the parties been reversed. As is, Jackson’s Tweet earned modest coverage with zero outrage from mainstream journalists.

Once again, zero outrage from the media, the NAACP or other outlets which normally would be livid at a racially-charged attack on black Americans. The post came during the George Floyd protest frenzy, a time when progressives demanded police reform and removed sitcom episodes with blackface moments.

Liberal privilege is very real, and its existence proves the woke “outrage” we often see in the cultural is performative at best.