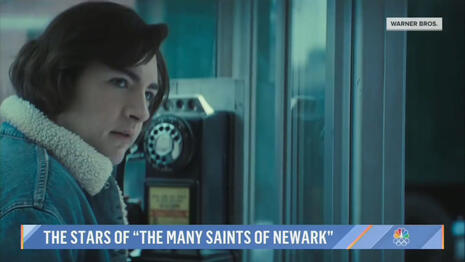 One look at the weekend’s box office, and you’d think we’re back to the pre-pandemic “normal.”

Venom: Let There Be Carnage scored $90 million on its opening weekend, the kind of tally most superhero films generate in traditional times. That’s despite mediocre reviews and a very mediocre origin story.

Consider the adult-minded films in the market place and how they’re faring. It’s ugly out there.

That doesn’t take into account previous adult-minded flops like In the Heights ($29 million) and “Respect” ($24 million), titles with massive pre-release buzz. (all figures from boxofficemojo.com)

Those numbers are bad when examined one by one. Taken as a whole? It’s clear mature audience members are staying home these days.

Can you blame them?

They’ve been streaming new content for the past year, titles that typically appear in theaters but now pop up on their apps and VOD platforms. And they pay much less to see them than a trip to the theater.

Plus, the corrupt news media continues to overhype COVID-19’s threat, playing down ways to fend against it (weight loss, healthy living, immune-boosting supplements) and ratcheting up fear tactics at every turn.

The films still crushing it in theaters – think Free Guy, Jungle Cruise and now Venom: Let There be Carnage are aimed at youthful audiences. They’re eager to get out now that many pandemic restrictions have lifted. They’re also the most able to shrug off COVID-19 should it hit close to home.

Of course, you can’t discount the fact that HBO Max is streaming some titles, like Cry Macho and Saints, for subscribers.

It shouldn’t explain how other films are bombing in theaters, or how movies that similarly bowed simultaneously at home fared better. Think “Jungle Cruise” (again).

So what does this mean for Oscar season, which is unofficially here and will heat up over the coming weeks when the following titles hit theaters:

Oscar voters don’t count every box office receipt when calculating their choices. The numbers still hold some sway over the selections, especially when it comes to titles that could use every ounce of momentum to break free from the pack.

Here’s betting the Oscar-bait releases will struggle to make serious coin at the box office. That also means less people will have a rooting interest in who wins those golden statuettes next year.