Quick question: name the outlet that wrote the following about Sunday’s Oscars telecast:

What I did mind was a sinking feeling that the Academy of Motion Picture Arts and Sciences, for all its inclusiveness, had wound up excluding more viewers than ever. Couldn’t they have promoted that dual appearance by Steve Martin and Chris Rock? Bang that drum just a little, and another 3 million viewers might have watched. Shouldn’t they have done just a little bit more of what Renée Zellweger attempted when she said something nice about those in the Armed Forces, or Bong when he devotedly quoted Martin Scorsese?

The site’s columnist dragged the Oscar ceremony in ways that sounded like a right winger’s lament, dubbing the night “an evening of cultural instruction.” That’s a fancy way of saying, “woke.”

The column ends by praising the one comedian who dared target La La Land recently.

Extend a hand, and someone will take it. Deliver a muddled, dressed-up lecture (with music), and you validate what Ricky Gervais so chillingly said at the Golden Globes in January: “No one cares about movies anymore.”

Conservatives call awards shows “lectures” all the time. They’re right, of course. And it’s a critical reason why said shows are cratering in the ratings.

Red State USA has little interest in seeing fingers wagged in its direction. Can you blame them? It’s also likely liberals would rather be entertained than hear their politics echoed back at them by the rich and famous.

Yet show after show does that.

What’s different now is that the liberal media, meaning the mainstream media, may be on to the con. Or, more likely, they realize the folly of this brand of messaging. Even bubble-dwelling liberals see what’s wrong when the one percent gather, scarf down vegan meals to “save the planet” then exit, stage Left, on their private jets.

“Eat The Rich!” – Is The Tide Really Turning On Hollywood’s Elites? – takes a similarly dour look at Oscar messaging and the film that won big Sunday – Parasite.

That movie examined the gulf between the haves and have nots, or the people on that Oscar stage and the home viewers.

That lack of awareness is obvious to all. This critic wrote an essay wondering if the Oscars could honor Parasite without stepping into the cultural trap – a glamorous awards show praising a film mocking the system that makes their obscene wealth possible.

That its message was being applauded in a room packed with the one per cent, who live in the sort of sleek glass houses that the film features, and probably went on to misplace their £150,000 goodie bag on the way home, was a little ironic.

The piece name checked Gervais, of course, as well as how Joaquin Phoenix chided his “woke” colleagues at the Golden Globes for not living up to their own rhetoric.

The story charts the changes within Hollywood, and how corporations like Amazon are now prime players in Tinsel Town. That leads to even more uncomfortable truths, which Esquire is happy to name.

…this change in the power-brokers means art is being funded by companies whose sketchy labour practices and appalling environmental records are front page news. In the face of which, speeches that call for systemic change feel a little hollow, as everyone in the room cries out “eat the rich” in an attempt to deflect from their own part in the money-grubbing.

Again, you’d imagine these sentiments coming from a conservative podcaster, not a men’s magazine.

Hollywood hypocrisy got so big, so brazen, that you can’t help notice it. Alternative media voices, along with conservative podcasts, web sites and social media accounts, grew robust enough to pierce the mainstream.

The stars themselves, with their shocking lack of self awareness, made matters worse. 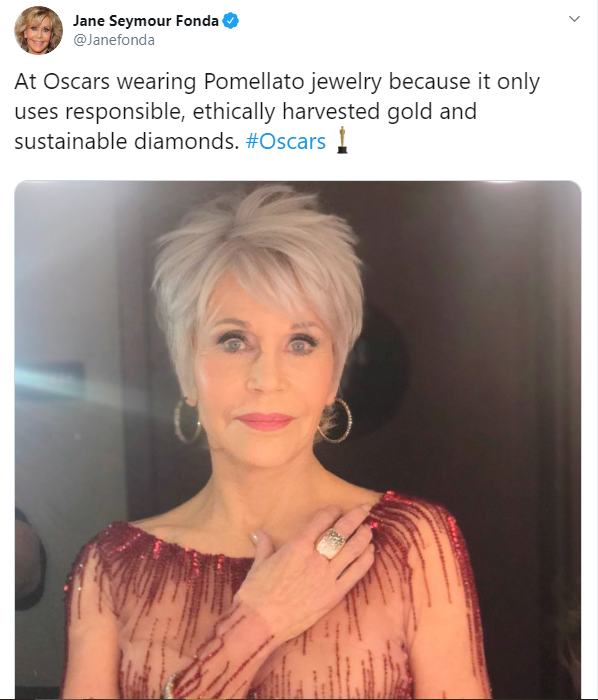 Liberal media reporters are late to the party, but they’re arriving all the same.