The General Hospital star shared the following Tweet showing troubling conditions faced by young illegal immigrants on the U.S. side of the southern border. Her cry, coupled with Rep. Alexandria Ocasio-Cortez dubbing the centers “concentration camps,” brought the issue to the media’s attention. 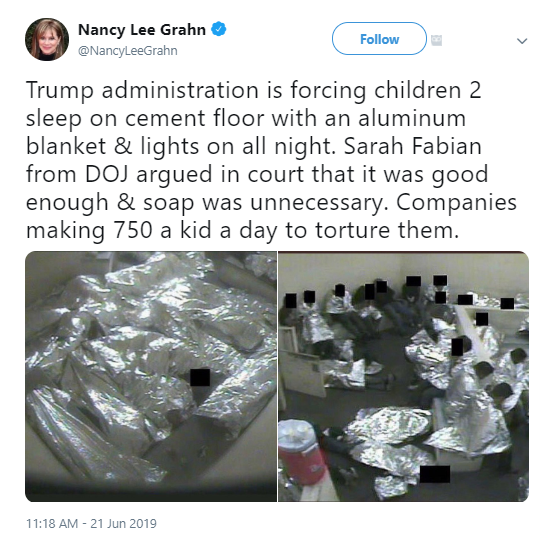 There’s a hitch, though.

The original image is from the Obama administration circa 2015. Grahn, or someone else, skillfully trimmed away the time stamp before the image made the social media rounds. 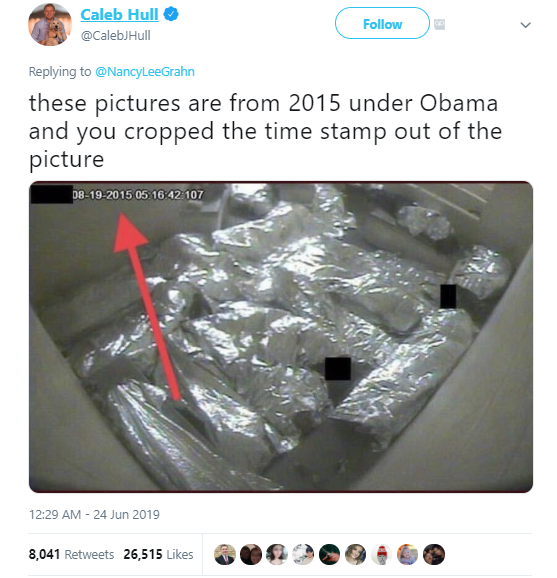 The media and modern liberals didn’t raise a decibel’s worth of outrage over President Barack Obama’s treatment of young illegal immigrants. Now? It’s a steady battle cry without a credible attempt to solve the issue.

Was Grahn’s Tweet an innocent mistake or a cold-blooded political attack? You be the judge.

The following Comedy Central clip isn’t so murky. The hard-left channel’s Alternatino with Arturo Castro zoomed in on the allegations leveled at ICE officials. The following clip will be aired during the show’s regular 10:30 p.m. EST slot June 25.

The clip features Castro as an ICE official defending the group’s practices, vowing the “undocumented” children will now be “cage free.” 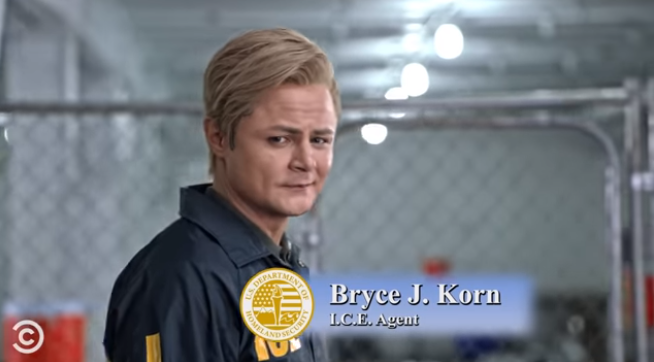 There’s no mention of the fact that the caged facility was up and running during the Obama administration. Speaking truth to power does have its limits, apparently.

“The U.S. government is committed to stealing and imprisoning innocent children in the most humane way possible. That’s why the minute these kids are ripped from their parents we put them out in that field,” the faux agent says, pointing to a sad strip of land.

The Trump administration isn’t changing the rules that pertain to separating an adult from the child. Those remain the same. Separation happens only if officials find that the adult is falsely claiming to be the child’s parent, or is a threat to the child, or is put into criminal proceedings….

The past practice had been to give a free pass to an adult who is part of a family unit. The new Trump policy is to prosecute all adults. The idea is to send a signal that we are serious about our laws and to create a deterrent against re-entry. (Illegal entry is a misdemeanor, illegal re-entry a felony.)

When a migrant is prosecuted for illegal entry, he or she is taken into custody by the U.S. Marshals. In no circumstance anywhere in the U.S. do the marshals care for the children of people they take into custody. The child is taken into the custody of HHS, who cares for them at temporary shelters.

Once more, the worrisome conditions in question didn’t start during the Trump era, according to frequent Trump critic Ben Shapiro:

We’ve also heard about the terrible living conditions in the holding centers for these children. Likely, some of that is true — although the stories from various sources conflict. But those facilities were overburdened for years before Trump took office; in fact, the media covered these same facilities and pointed out the problems therein during the Obama administration. In other words, this isn’t a Trumpian attempt to dump kids in hellholes. It’s a longtime problem that has yet to be solved.

In Alternatino with Arturo Castro, Arturo Castro (Broad City, Narcos) continues Comedy Central’s unparalleled legacy of developing the biggest and most culturally relevant sketch comedy — launching the careers of stars like Dave Chappelle, Amy Schumer, Nick Kroll, Keegan-Michael Key and Jordan Peele — using modern Latino identity (misconceptions and all) as a fresh filter for cultural commentary about our daily lives and the zeitgeist…all rooted in his personal experience.