Here’s Why the Super Bowl Half Time Show Bombed 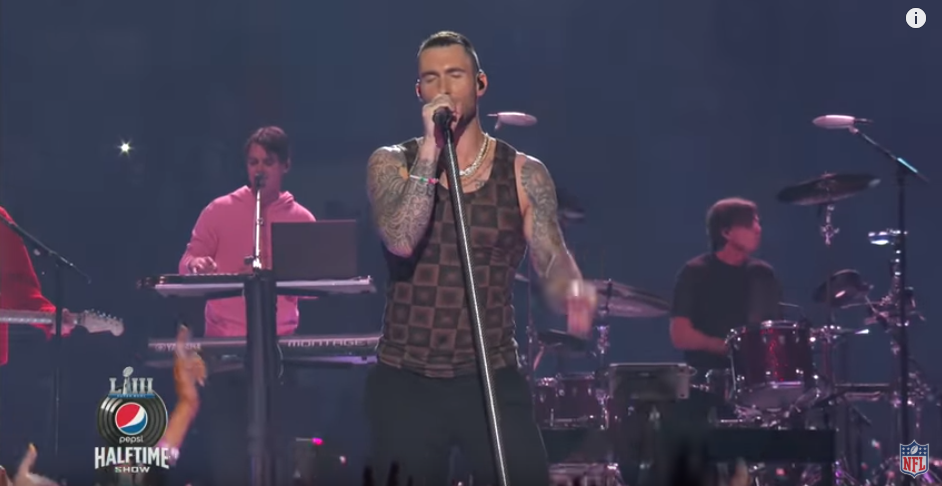 It’s rare for people to agree on, well, anything these days.

Politics. TV. Movies. Religion. Is pineapple pizza delicious or a crime against humanity?

We love to disagree. We thrive on it.

Yet we all came together over the weekend. Audiences were in virtual lockstep over Maroon 5’s Super Bowl Half Time performance.

Why couldn’t Team NFL create a compelling half time performance? Maroon 5’s Adam Levine has an impressive voice with serious range. His front man charisma speaks for itself. Plus, his band boasts a string of catchy hits, enough material to power a short performance. Supporting players Travis Scott and Big Boi brought their own skills to the occasion.

This wasn’t an amateur act. So why did the finished product fall so dramatically flat?

Before we answer that, let’s recall other cultural events that similarly floundered:

These aren’t throwaway gigs or spontaneous platforms. Each arrives with a significant history and serious prep time. In the case of the Super Bowl and Oscars, we’re talking about the most coveted gigs in their respected fields.

In our Social Justice age, those events in particular have been corrupted by people with agendas. Before Maroon 5 hit the stage the NFL donated a cool $500,000 to a social justice charity. That still wasn’t enough, with social justice critics and media members alike shaming them for taking the gig in the Kaepernick era.

Take a knee … or else, they cried.

Gladys Knight, a legendary black performer, faced a similar crush of questions for singing “The Star Spangled Banner.” It turns out Knight’s performance proved the night’s sole highlight, and it lasted less than three minutes long.

The fear of social justice lectures is likely why the NFL canceled the traditional pre-game press conference for the half time show performers.

The Super Bowl musicians didn’t have to merely hit their marks and put on a show. They had to walk a cultural tightrope for daring not to politicize an event with zero politics attached to it.

It recalls last month’s Golden Globes telecast. The telecast didn’t get crushed by media reporters, but it should have been. The show’s drab monologue contained creaky jokes, woke shout outs and poor comic timing. Hosts Andy Samberg and Sandra Oh are capable of so much more.

Not that night, though.

Jimmy Kimmel’s 2018 Oscar monologue, like the show itself, proved one, exaggerated yawn. The virtue signals outnumbered the laugh-out-loud jokes.

We’re living in a new Golden Age of Television. Shows like Billions, Game of Thrones and Better Call Saul reveal intricately crafted shows with sublime acting and production values. You could argue there’s never been a better age to consume content.

Today’s creators are more inventive, more inspired and better able to share their vision with the world. You’ll even find gut-busting gags across YouTube, crafted by slick amateurs on shoe string budgets.

Yet the same creative community failed and failed again with the aforementioned platforms, despite all the resources any artist could crave.

What held them back? Fear of social justice warriors.

You can argue the Oscar night monologue and Super Bowl Half Time show aren’t “great art.” They’re art, though, and each requires passion, creativity and inspiration. Once social justice considerations enter the equation, those factors are diminished.

You can’t say a certain joke, sing a certain song or suggest a certain emotion. The subconscious engine that drives an artist’s creativity is interrupted, blocked even.

The result? Sub-standard art. Or, to be more precise, the calamitous half time show we all just witnessed.

Maroon 5 and co. weren’t hyper focused on making a stunning show. They knew they couldn’t offend select members of the audience. They feared the repercussions of any moment considered politically or culturally significant. They knew every gesture, every lyric would be analyzed and scrutinized. And, if the social justice crowd deemed it problematic, the band would hear about it in short order.

Is that any way to create art? No, and we’re seeing the results.