Actors, who spend most of their online efforts slamming conservatives, took a pause to mourn McCain’s passing at the age of 81. 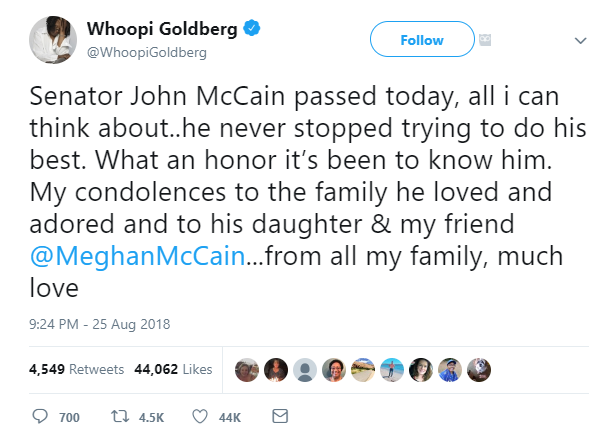 It’s a rare moment when ideological foes drop their weapons.

Only she wasn’t always so magnanimous toward the Arizona senator. Consider his appearance on The View circa September 2008. The presidential campaign was in full swing, and Sen. McCain had selected Gov. Sarah Palin as his running mate.

That led to a debate about the Constitution. Sen. McCain said he preferred Supreme Court justices who strictly interpreted the Constitution. It’s a familiar position for most right-leaning souls, including President Donald Trump. 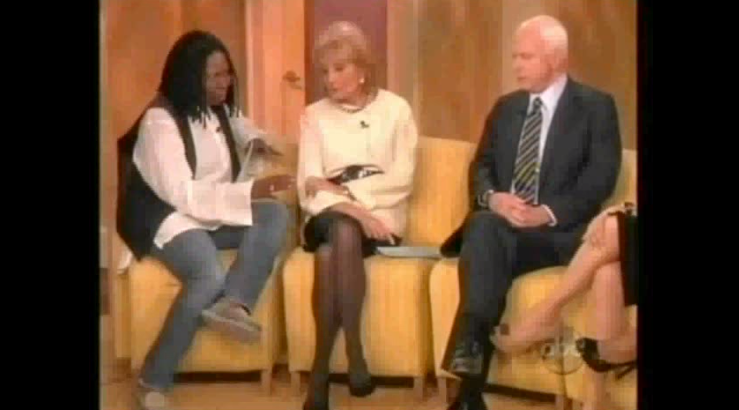 It’s hardly an out of bounds take. Goldberg saw it differently.

“Did you say you wanted strict constitutionalists? Should I worry about being a slave? A return to slavery? Because there are things in the Constitution that (should have changed.)”

That was beyond the pale then, and it drew some headlines. Today, reporters, liberal pundits and Hollywood types routinely slam GOP members, including President Trump, as white nationalists eager for slavery’s return.

How times have changed, or so one would think.

Vice President Joe Biden evidently agreed with Goldberg’s fears. During the 2012 presidential race Biden warned a mixed race audience the GOP ticket’s Wall Street schemes would “put you all back in chains.”