The star of “Inside Amy Schumer” and last summer’s “Trainwreck” made sure of that. Since rising to “It Comic” status, Schumer has used her platform to speak out on a number of causes.

That means reporters shouldn’t simply ask her about her latest stand-up material or movie roles when they chat.

She wants to be taken seriously. Even if she turns serious issues into yuk-yuk satires (that flunk the fact-check test).

The press, in turn, should treat her that way. How? By asking tough but fair questions about her stances. Has she thought them through? How did she come to these conclusions? What impact will her comments have, if any, on society at large?

After all, she isn’t talking just to hear herself speak. She wants action. The press should respond accordingly.

So here are seven questions Schumer should be facing sooner than later: 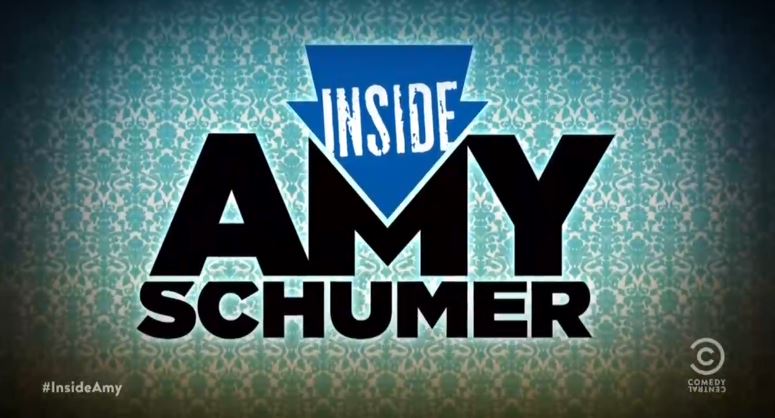 1. Does Hollywood Inspire Gun Violence? Schumer recently cut a scene out of her upcoming movie with Goldie Hawn that involved gun play. She isn’t the film’s director, but her industry clout is so significant she had final say in this area, apparently. So what does that mean? Does she think other movies featuring guns promote real-world violence? If so, how should her peers alter their approach when making movies? It’s a crucial question, and one that deserves a series of sober follow-up queries.

2. Why Do You Joke About Being Promiscuous But Can’t Take Other People Riffing on the Same Subject? Schumer famously blasted a young movie critic for sending a salty tweet about her. The crime? Jackson Murphy, 17, took a picture with Schumer and shared it via Twitter with his own punch line: “Spent the night with Amy Schumer: Certainly not the first guy who said that.” Murphy clearly played off Schumer’s well-cultivated image as a sexually liberated woman. Schumer fired off a surly Tweet in response, and Murphy apologized. Should a comedian have such a thin skin? 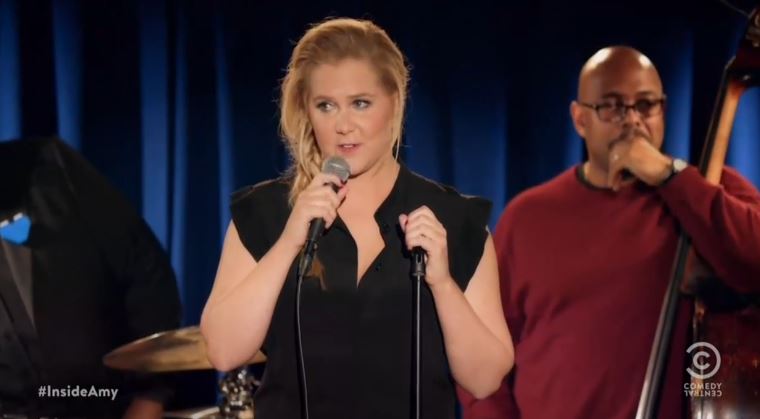 3. Why Are So Many Mass Shootings Happening in Gun-Free Zones? This one seems to contradict everything the gun control movement represents. Shooters repeatedly commit their atrocities in gun-free zones. So what protection do such laws provide? Law-abiding citizens will show up without protection, but potential criminals won’t blink at the laws in play.

4. Why Should Celebrities Get Special Political Access? Earlier this year, Schumer listened to President Barack Obama, in person, from the comfort of the White House. Why? Obama addressed tactics for reducing gun violence earlier this year, and apparently Schumer scored a seat. Does her opinion matter more than others? Aren’t their professionals steeped in violence-reduction research more deserving of that access?

5. Has Being Outspoken Impacted Your Show’s Ratings? Vox.com recently fretted that the culture at large suddenly stopped caring about Inside Amy Schumer. The comedienne should be on top of the world, ready to leave TV behind for big screen fortunes. Yet the “Inside” ratings are sinking. Does she think her outspokenness has impacted her career? Does she care?

6. Do You Know About GOP Proposals to Stop Gun Violence? Schumer spoke out this week after Congress failed to pass new laws regarding gun violence. “I am sickened by the cowardice of these people who are supposed to lead us…Their dedication seems to be only to dollar signs for their own pockets. In November, we will remember who stood with the gun lobby, rather than their constituents, as we mourned for Orlando.” So does Schumer know about the GOP’s attempts to prevent future bloodshed? Why did Democrats crush it via the filibuster?

7. Why Should Voters Trust a Comic on Second Amendment Issues? Schumer’s second cousin is New York Democrat Chuck Schumer. No matter where you stand on the Senator’s politics, voters repeatedly chose him to represent them in Congress. So we’ll assume he has access to government data regarding guns, safety measures and other pertinent information to make informed decisions. Does the comedienne have any of that? Did she study gun violence in college? Has she met with gun owners? Has she read articles from right-leaning experts for their take on reducing gun violence?

Just don’t expect journalists to ask any of the aforementioned questions.

Most agree with her stances, right or wrong, and are unwilling to challenge her in a way that would help readers decide for themselves.

After all, when was the last time a reporter pressed Leonardo DiCaprio on his cartoonish climate change hypocrisy?