The indictment of the Center for Medical Progress has provoked rejoicing throughout the pro-choice press. However, in an article featured in Yahoo! Health, Claire Lampen of Mic.com found a great cause for lamentation. “Unfortunately, that reversal of fortunes can't undo the damage Daleiden and Merritt have already caused.” 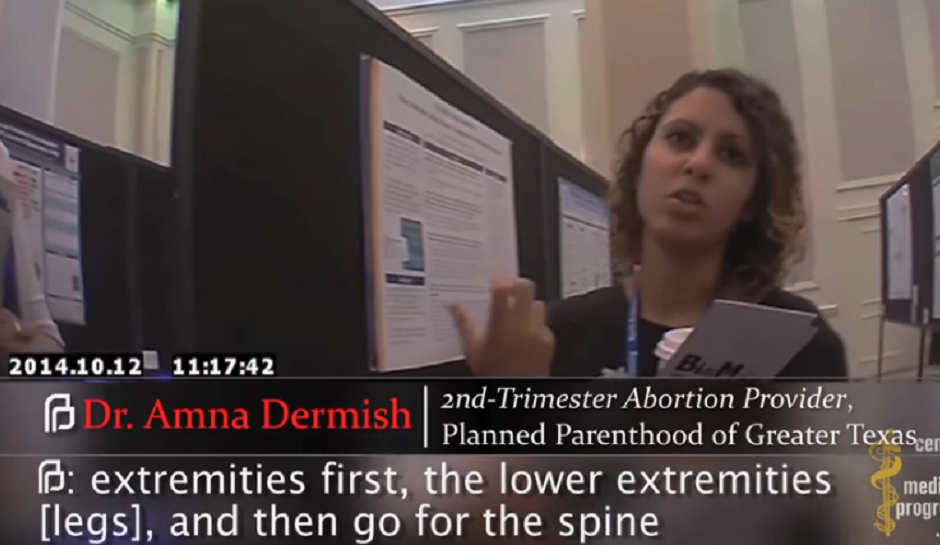 According to Lampen, the real crime of the videos was that they allowed politicians to use them as “proof that Planned Parenthood is a murderous organization absent of ethics that must be shut down, because it appears to depict employees at a Houston clinic talking freely about the sale of fetal tissue for profit.”

This poor, maligned organization has suffered “a dramatic upswing in attacks.” How dramatic? Lampen reports “In October the Southern Poverty Law Center reported that the organization had seen four incidences of arson in 74 days.” Note there’s no “alleged” arson.

Beyond that, what is really rich is her claim that the video “appears to depict employees...talking freely about the sale of fetal tissue for profit.”

Lampen claims it “appears” this way because the footage was “heavily edited.” Of course, she conveniently neglects to produce proof that the unedited version absolves the abortion giant of offering to sell baby parts. But many “objective” reporters also play this rhetorical game, that the videos “appear” or “purport” to show talk of fetal-parts bargaining, when they do on their face.

Lampen continued by covering the decision itself. “As Monday's grand jury decision confirmed, Planned Parenthood does not traffic in infants' limbs.”

Naturally, she neglected to inform her readers that Lauren Reeder, the assistant district attorney and prosecutor in the Harris County District Attorney’s criminal family law division, is a Planned Parenthood board member.

In the end, Lampen laments that when it comes to the people charging Planned Parenthood with selling baby body parts, “there's no un-ringing that bell.”

That’s right. Everyone should take a moment of silence for the “damaged” reputation of Planned Parenthood, a corporation that literally makes money off the blood of children. An organization founded by Margaret Sanger, an unrepentant racist who advocated the forced sterilization of minorities she considered inferior. Its loss of face will be mourned by all.