Column: No Centrists in the Democratic Primaries 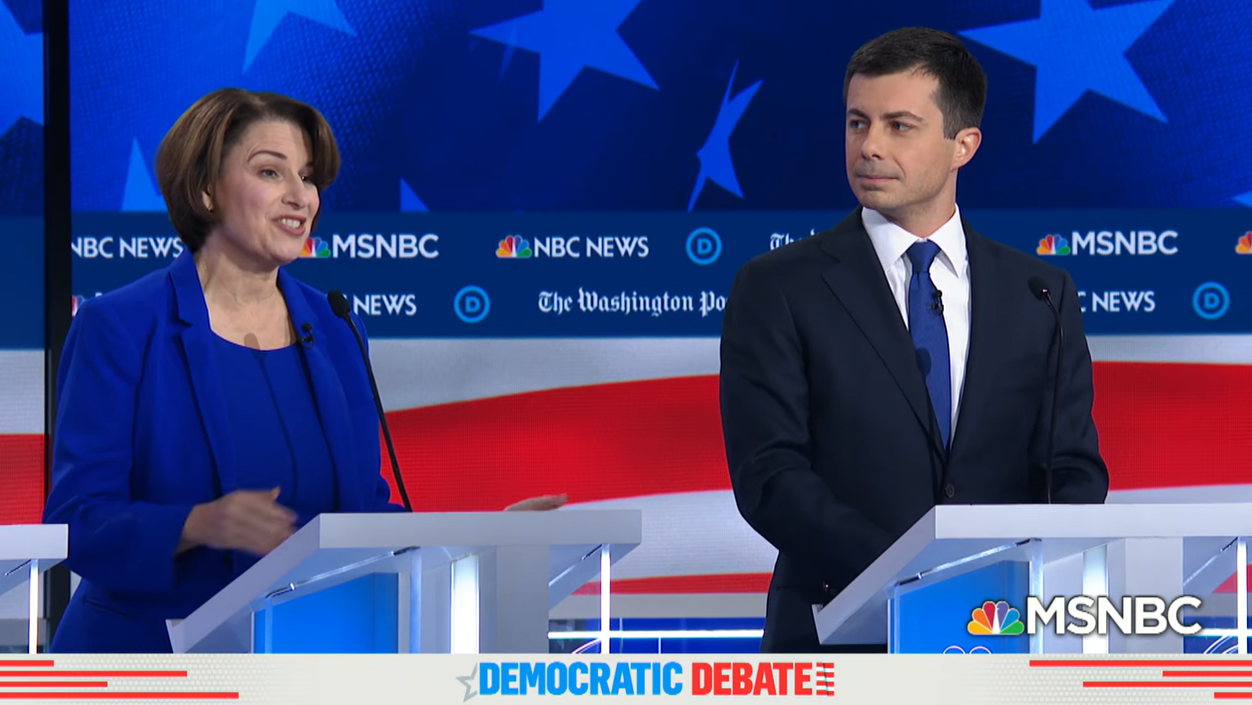 On Sunday, The Washington Post editorial page led with a dramatic and rarely uttered fact check. The headline was “There are no ‘centrists’ – the Democratic primary race is not a choice between change and the status quo.”

The unsigned editorial began by taking on an “unchecked assumption,” that the candidates are fighting an ideological battle between the Left and the center. “This narrative is false, and hardly benign.” It’s now unfair to call the opponents of Bernie Sanders and Elizabeth Warren “moderates” when in fact, all the candidates “have put forward ambitious, progressive platforms for reducing inequality and promoting access to health care and education.”

The Post insisted “every major Democratic candidate is running on an agenda to the left of Mr. Obama’s.” In this new leftist paradigm, President Obama is now on the conservative side,  even though Newsweek greeted his ascension in 2009 with the cover story “We Are All Socialists Now.”

This was a candid and accurate admission by the Post. The same notion erupted, of all places, on National Public Radio the night before the New Hampshire primary. Reporter Scott Detrow acknowledged Sanders is proposing a “fundamental re-ordering” of the government, but said that doesn’t mean his opponents are centrists.

“I think this is the point in the conversation where we have to really stress that the moderate versus progressive divide is very relative,” said Detrow. “Every single one of these candidates - almost every single one of these candidates has put together a platform that is far more progressive than what the Obama administration was able to accomplish.”

NPR anchor Ari Shapiro summed up: “So everything's moved to the left.” Exactly.

Detrow added that although Sanders lost the nomination in 2016, “the party as a whole has embraced a lot of his platform -- $15 [an hour] minimum wage and health care. Even though there's this conversation about ‘Medicare for All’ or a public option, the premise of the conversation is giving everybody health care through a government-run program.”

Despite this shocking admission, the NPR.org headline still said “Divide Between Moderate And Progressive Democrats Comes To Fore In New Hampshire.”

These positions are hardly the only ones where the Democratic field toes an extreme line. They are uniformly, radically in favor of abortion on demand, with taxpayer funding. They are all in favor of the “Equality Act,” which would crush religious liberty in an effort to end “discrimination” against the “LGBTQ community.” They all want to ease up dramatically on enforcing the borders and provide illegal immigrants with taxpayer-funded health care.

On the international front, they are all eager to expand the federal government in a big crusade against the phantom menace called “climate change.” They all wish we were still participating in a phony nuclear agreement with Iran, and they all think it was wrong for President Trump to take out Iranian terrorist mastermind Qaseem Soleimani

Despite all this, lazy journalists often stick to this false “moderate” terminology on the campaign trail. ABC anchor David Muir asked, “Could Iowa be a make or break moment for moderates Pete Buttigieg and Amy Klobuchar?” NBC’s Chuck Todd announced “Bernie Sanders won the progressive primary there in Iowa, and Pete Buttigieg won the moderate one.”