Ricky Gervais, the perpetually snarky British comedian, set social media on fire after he mocked arrogant Hollywood in his opening monologue as host of the Golden Globe Awards.

“So if you do win an award tonight, don’t use it as a platform to make a political speech,” he said. “You’re in no position to lecture the public -- about anything. You know nothing about the real world. Most of you spent less time in school than Greta Thunberg.”

Uh-oh. Gervais explained his approach was to mock the “privileged egos in the room” as if he was “the bloke sitting at home who shouldn't have been invited.” It was too accurate to be funny. It stung. Los Angeles Times TV critic Lorraine Ali spoke for the Tinseltown crowd:  ”The last thing anyone needed was for the smirking master of ceremonies to reprimand them for having hope.”

Here’s what Ali doesn’t get. It’s not that celebrities are dumber than average, though so many undoubtedly are. But being an actor or director doesn’t make you smarter. No one tends to look up their level of education when they pontificate; or, as would be more appropriate, their level of expertise on whatever issue is floating their boat.

Add to that the arrogance they internalize for being an “artist,” with the added “humanity” of pretending to be all kinds of different people. Their “compassion” is expected to overrule any question about their knowledge.

Of course, Gervais couldn’t stop the inevitable pompous political speeches, most notably actress Michelle Williams insisting she never would have arrived at her high station in Hollywood life without the ability to get an abortion. 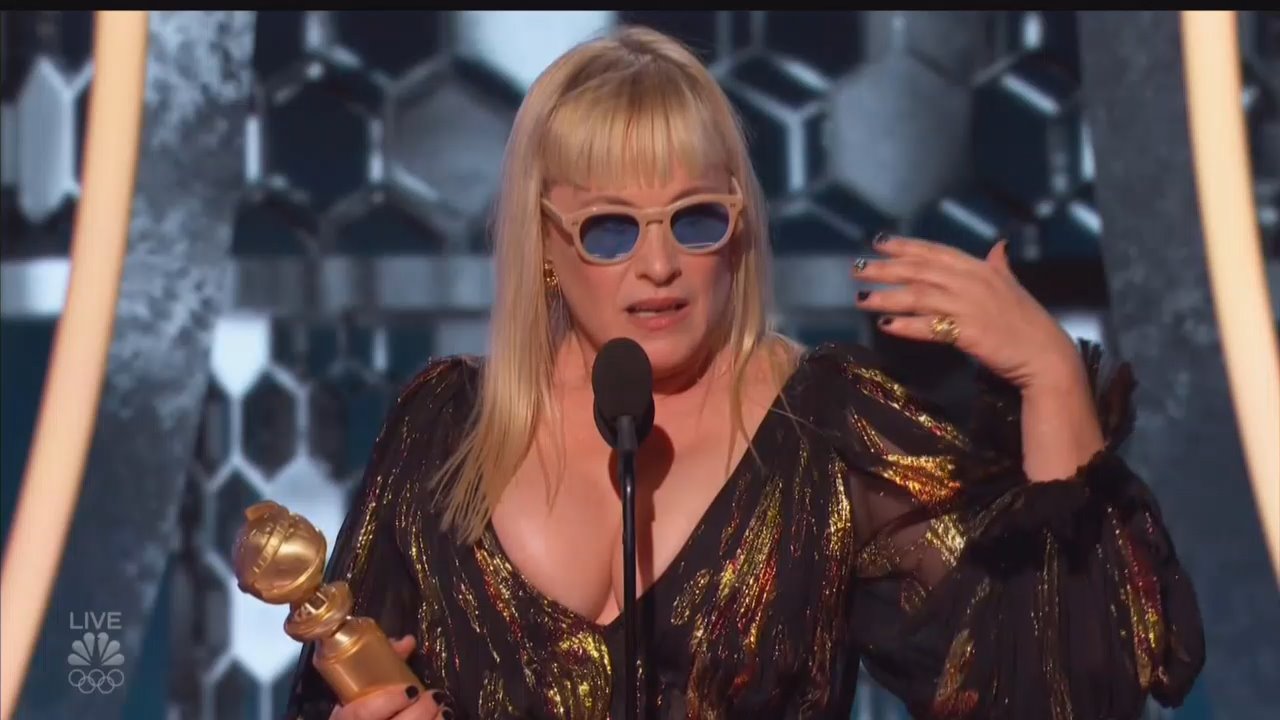 The other passionate speaker of the night was Patricia Arquette, who decried our nation “on the brink of war” with “a president tweeting out a threat of 52 bombs including cultural sites, young people risking their lives traveling across the world, people not knowing if bombs are going to drop on their kids' heads.” She urged everyone to vote (Democrat) in 2020.

Arquette ran away from home at 14 and never went to college. She has no expertise on foreign policy, national defense, or geopolitical thought.

Everything that followed the Gervais comedy routine in subsequent says underlined his critique.  Embarrassed by the Americans taking out Iranian terrorist mastermind Qasem Soleimani, Michael Moore obsequiously apologized to Iran – in Farsi.

Moore dropped out of the University of Michigan–Flint after his first year. One safely assumes his knowledge of Farsi doesn’t go beyond those memorized words.

In the same week, Moore spoke on his podcast to actress and model Emily Ratajkowski, and they both professed their support for Bernie Sanders for President, because capitalism is the “enemy.”

Ratajkowski attended UCLA for one year, then decided to model full-time. 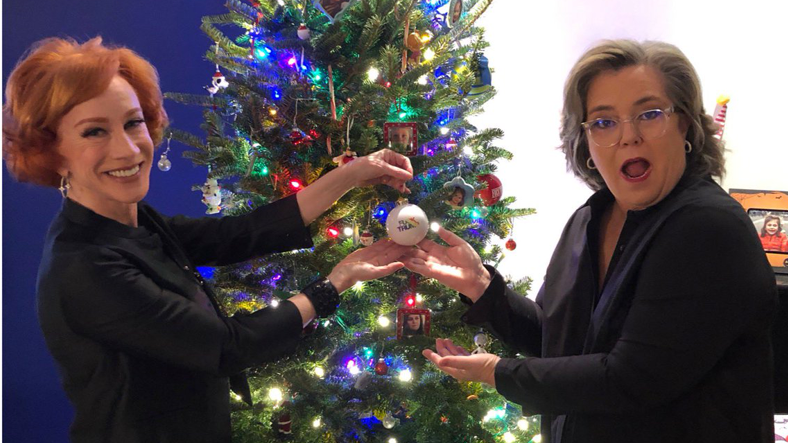 When President Trump spoke to the nation about taking out Soleimani, comedian Kathy Griffin mocked him for mispronouncing the word “tolerated.” Griffin tweeted “This should be an exhibit in one of the articles of impeachment. They should just quietly add it as, y’know ‘exhibit 1958542785’ or something. #Trump #SniffyMcAdderall.” Trump isn’t just dumb, he’s on drugs.

Griffin never went to college. Her parents wanted her to go. She wanted to be famous instead.

Likewise, Rosie O’Donnell tweeted, with no capital letters, or basic punctuation: “wake me in november - its just too much - cant Americans see he is high AF - cant pronounce 5th grade words … #RemoveAndIndictTrumpNOW”.

We’re not saying everyone who didn’t finish college is a dummy. We are saying these famous entertainers who act like America’s Smartest should keep in mind how that joke can be turned around on them. As Ricky Gervais did.