Billionaire “news” media mogul Michael Bloomberg is running for president. How will his Bloomberg News empire cover this? 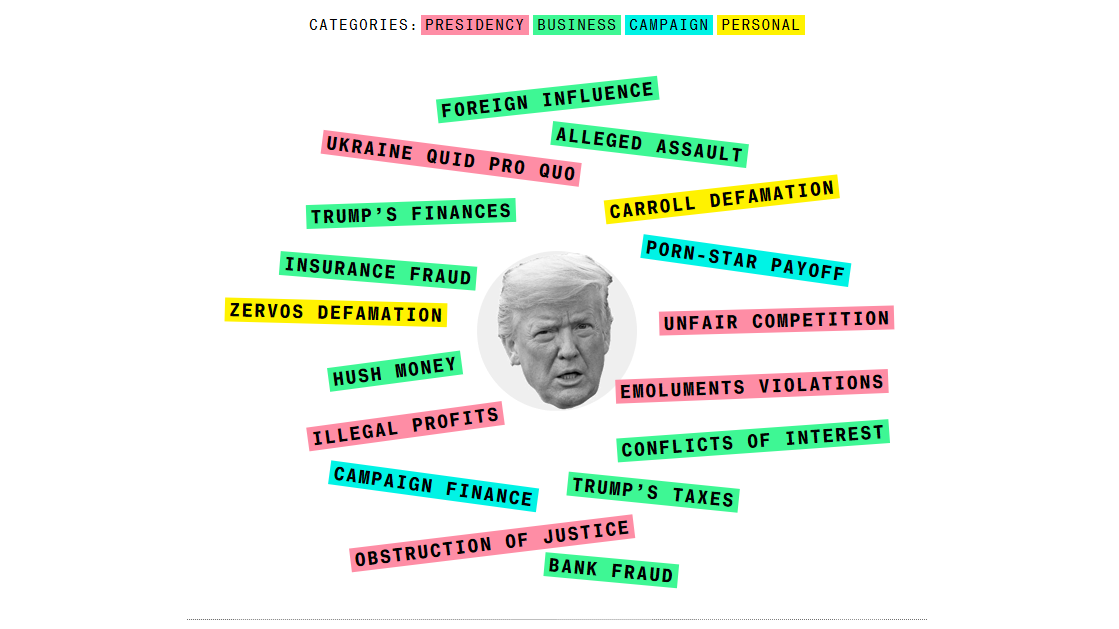 Bloomberg News just posted an article touting how much trouble President Trump is in. It lustily listed all his scandals: “Lawmakers and prosecutors are looking at whether he abused the powers of the presidency, obstructed an investigation of Russian meddling in the 2016 campaign, engaged in fraudulent business practices, violated the emoluments clauses of the Constitution and defamed women by saying they lied about alleged sexual assaults.”

That's how they cover Trump. How will they cover Bloomberg? Get ready.

Bloomberg has a long-standing policy banning his reporters from investigating him or his businesses. Now he’s banning any investigation of him as a presidential candidate, along with all of his fellow Democrats! How does this not look like a massive, credibility-crippling conflict of interest?

Oh, they’ll cover the Democrat campaign, the debates, the horse race in the polls, the candidate finance reports. But investigating the other Democrat candidates is banned.

Ohio State University journalism professor Kevin Smith nailed it. “This is so outlandish it has to be recognized as a historical collapse of ethical standards. This isn’t just worthy of a future textbook case study, it needs immediate condemnation by the profession.”

Former Bloomberg BusinessWeek editor Megan Murphy, an unabashed Trump-hating liberal, tweeted that she was presented “with a near identical ‘memo’ during his 2016 flirtation. And I was very clear that I would quit the second it ever saw the light of day.” Can we expect any abrupt departures from the more than 2,500 compromised employees of Bloomberg News?

We’re not talking about the gaggle of editors at the top of Team Bloomberg who are actually joining his presidential campaign as advisers. They were primarily on the opinion/commentary team, but some, like Tim O’Brien, have been prominent Trump-bashers on cable television.

In reality, Bloomberg’s journalists have been compromised ever since Bloomberg first ran for mayor of New York City in 2001. After twelve years as mayor, Bloomberg became a big-time sugar daddy to liberal activists pushing government crackdowns on fossil-fuel production and gun ownership. How “objective” reporters could ethically navigate all of their owner’s political activism seems impossible.

But let’s face it: back then, the rest of the "news" media never found this objectionable. Bloomberg News was branded in a business-news niche, and in that sphere looked like a progressive influence, so they didn’t care.

So why now? Because Michael Bloomberg represents a threat to the party’s leftist base, and is bizarrely seen as a “centrist,” despite all his devoutly liberal public service and philanthropy. Ethical concerns have suddenly erupted.

Why would he bother? Bloomberg doesn’t look like he’ll dominate the presidential race. It's pure arrogance. But David Martosko at the Daily Mail predicted the current mogul in the White House will have a field day with this. He imagines Trump at rallies, mocking: ‘Is there a Bloomberg reporter back there in the Fake News section? They fly on Air Force One every day and chase me around, but Little Mike won’t let them investigate any Democrats. It’s crooked as hell!”

Journalists who perpetually lament Trump’s destruction of “democratic norms” now face a candidate who’s obliterating all the journalistic norms. This is an ethical test. Let's see how many will try to skip the class and hope it goes away.