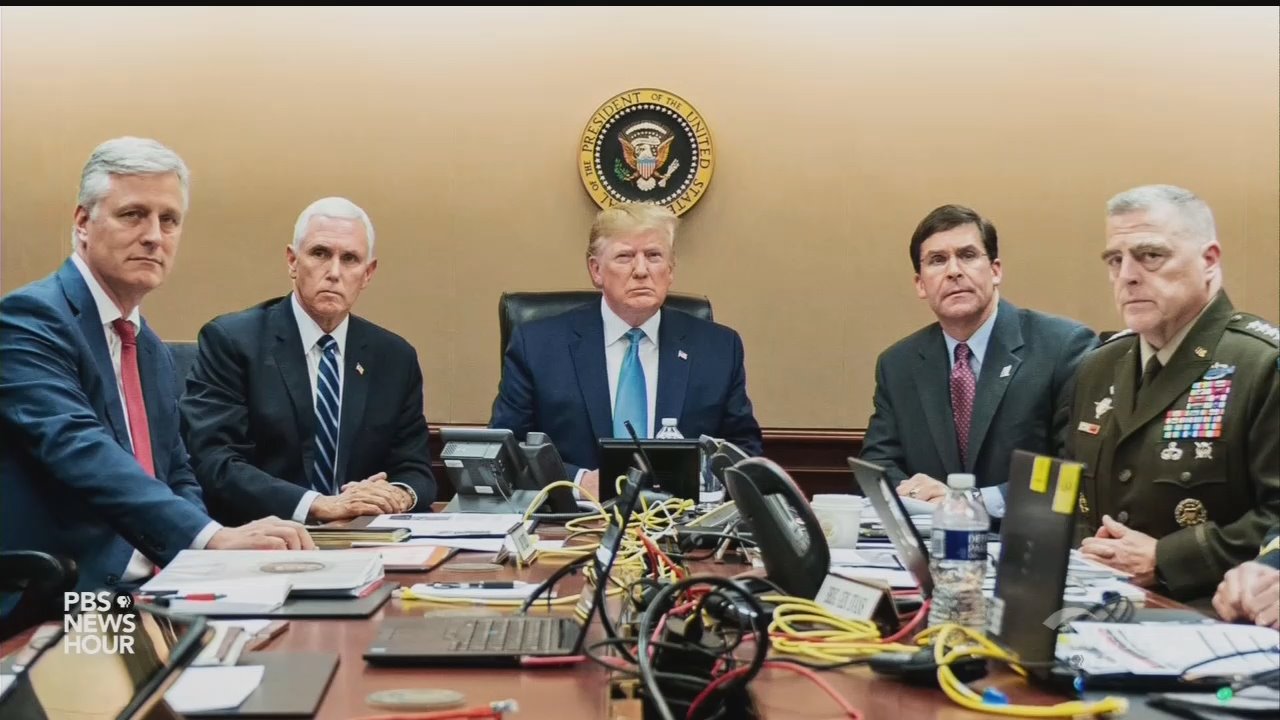 The successful U.S. military campaign to bring swift justice to ISIS leader Abu Bakr al-Baghdadi is clearly a big, big victory for America. Rather than surrender, the world’s most wanted terrorist tugged on a suicide vest and blew himself to pieces. He made sure the blast killed his three children, too.

The media coverage could be easily predicted. Straight news has disappeared. Absolutely everything needs to be put through a political filter.

When we took out Osama bin Laden in 2011, journalists hailed President Obama as a “proven master and commander.” That was Chris Matthews, and it simply wasn’t true. There was nothing proven about his military prowess.

But don’t tell his friends that. “President Bush tried, President Clinton tried, but Barack Obama was the one who had the courage and the guts and the coolness, and took that chance,” oozed Barbara Walters on ABC’s “The View.” “Professor Obama turned into General Obama and ran this incredible, incredible raid,” wrote columnist Margaret Carlson. “President Barack Obama just proved himself - vividly, in almost Biblical terms – to be an effective commander-in-chief,” gushed Howard Fineman at The Huffington Post.

Question: Who is more supportive of, and more respected by the military, Barack Obama or Donald Trump?

The spin after the elimination of al-Baghdadi was also predictable. Journalists and pundits gritted their teeth and acknowledged that this mission reflected well on President Trump for approving this mission. But that lasted five minutes. And then came the parade of “Buts.”

Chris Matthews trashed Trump for “hotdogging it,” destroying a chance for national unity because he “turned it into a weird kind of torture.” On ABC’s “The View,” host Whoopi Goldberg asked “So can we at least agree that the world is a better place without this guy in it?” Joy Behar nastily responded, “Who, Trump or Baghdadi? Which one?” The crowd roared its approval.

The media’s mission never changes: shower this president with negativity and an overwhelming sense of horror.

The Obama-loving media cannot admit that ISIS has been on the run since Trump took office. Obama drew no harsh coverage from the networks in 2014 when he dismissed the rise of ISIS in a basketball metaphor as a “JV team,” even when those alleged amateurs took control of an area the size of Indiana, the largest terrorist sanctuary in history, using some of the most violent and extreme forms of terrorism in history. Decapitations. Burnings. Crucifixions.

By October 2017, nine months into the Trump era, with the Commander-in-Chief ordering relentless military pressure, the ISIS “caliphate” collapsed when it lost its home base in Raqqa, Syria. But the network news said almost nothing about it. Instead, they unspooled thousands of minutes of accusatory coverage of Russian collusion. But from Inauguration Day through September 2018, the three broadcast network evening newscasts gave only 33 minutes to Trump winning the war against ISIS in Iraq and Syria – a third of one-percent of all their Trump coverage.

It is this dramatic media suppression that allowed CNBC’s John Harwood to dismiss the win, because “in the American psyche, Baghdadi was to bin Laden as an ant is to an elephant.” The average American had no idea who the leader of ISIS was, because journalists were too busy pushing Paul Manafort and Stormy Daniels.

All this proves that the media aren’t primarily interested in facts. Journalists channel their own emotions and pretend that they’re facts. Emotionally, they cannot tolerate the idea of complimenting this president on a success. His failure and political demise is always the first goal. Facts are getting in the way.