Color us surprised. The nightly-news obsession over nonexistent Trump-Russia collusion isn’t abating. It’s actually growing! They cannot be shamed. They cannot be shaken by inconvenient facts. It’s been established there was no collusion, no obstruction, no high crime that’s impeachable, and so what? The media are hammering this collusion theme more than ever. 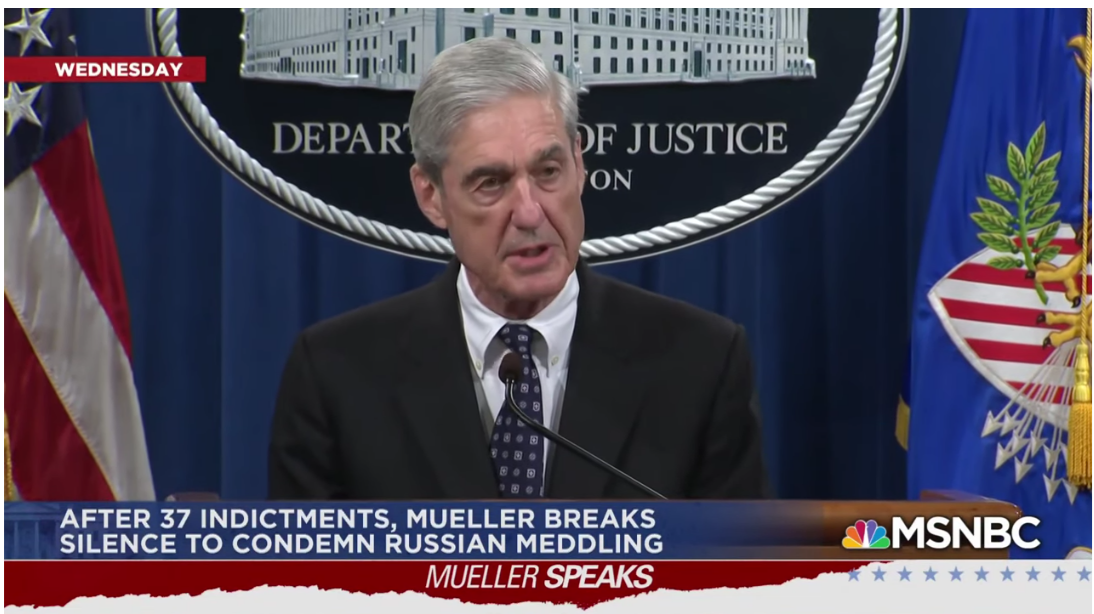 In the months we were writing our new book Unmasked: Big Media’s War Against Trump, the most troublesome chapter dealt with Russia. As we went to press, the Mueller report had not yet been released. What dramatic ending would it bring? Truth be told, we expected something, some slap on the wrist in an attempt to justify tens of millions of taxpayer dollars expended over two years.  But the ending was a pathetic whimper, and not a bang.

And yet they are still obsessing even more, night after night.

The latest research on the Big Three evening newscasts by Rich Noyes at the Media Research Center proves their irrational behavior. Their total Trump-Russia coverage registered at 196 minutes from January 1 to the first Mueller Report findings on March 21, but then skyrocketed to a whopping 317 minutes from March 22 through May 31, after Mueller cleared Trump completely on the charge of collusion while stating there was not enough evidence to indict him on obstruction.

Network news reporters are on a new jihad – impeachment.  That possibility is being raised an average of 22.4 evening stories per month in the wake of Mueller’s report, nearly triple the 7.7 stories per month during the first part of the year before Mueller concluded.

Do the math. Since the president’s been cleared, stories suggesting his guilt have risen by a factor of three.

What a waste of our time, this incessant speculation of doom from the press, repeated thousands of times ad nauseam. The liberal elites believe that if only the American voters had been unmolested by the Russian meddlers, President Hillary would be in the White House bending their Arc of History… instead of wandering the woods asking what happened.

Despite their proclamations that they are the guardians of facts, the liberal elite wanted to fast-forward beyond that silly thing called evidence and see Trump's ruin as inevitable. Sentence first, verdict later. After that, evidence...if any. Impeachment was perpetually on their minds, and often on their lips. Month after month went by with no proof surfacing of actual Trump campaign collusion with the Russians. It never mattered. Keeping the doom and gloom is what mattered.

The same reporters who effortlessly spread the Fake News that Barack Obama was "scandal-free" were now dedicating themselves to the opposite, cementing the proposition that Donald Trump was the worst criminal who ever lived in the White House, even an agent of the Russian government.

These same “objective” journalists who shamelessly whacked away at Kenneth Starr as a modern knock-off of the inquisitor Torquemada were presenting Mueller as the 21st-century incarnation of Eliot Ness. Time magazine called him “the personification of the rule of law.” But two decades ago, Time trashed Starr as Bill Clinton’s scandalous twin: “he still dreams of being found not guilty.” The only thing consistent about the press is its partisanship.

At this point, accusing Trump of colluding with Russia is geopolitical birtherism. It’s a baseless conspiracy theory pretending to be a silver bullet to the heart of Trump’s presidency. It ably illustrates how the press set out to destroy Trump, and destroyed their own reputations instead.