Liberals have a right to lecture us on some things, but scaremongering ain’t one of them. These are the same people that  relentlessly scare-monger the American people about “climate change.” 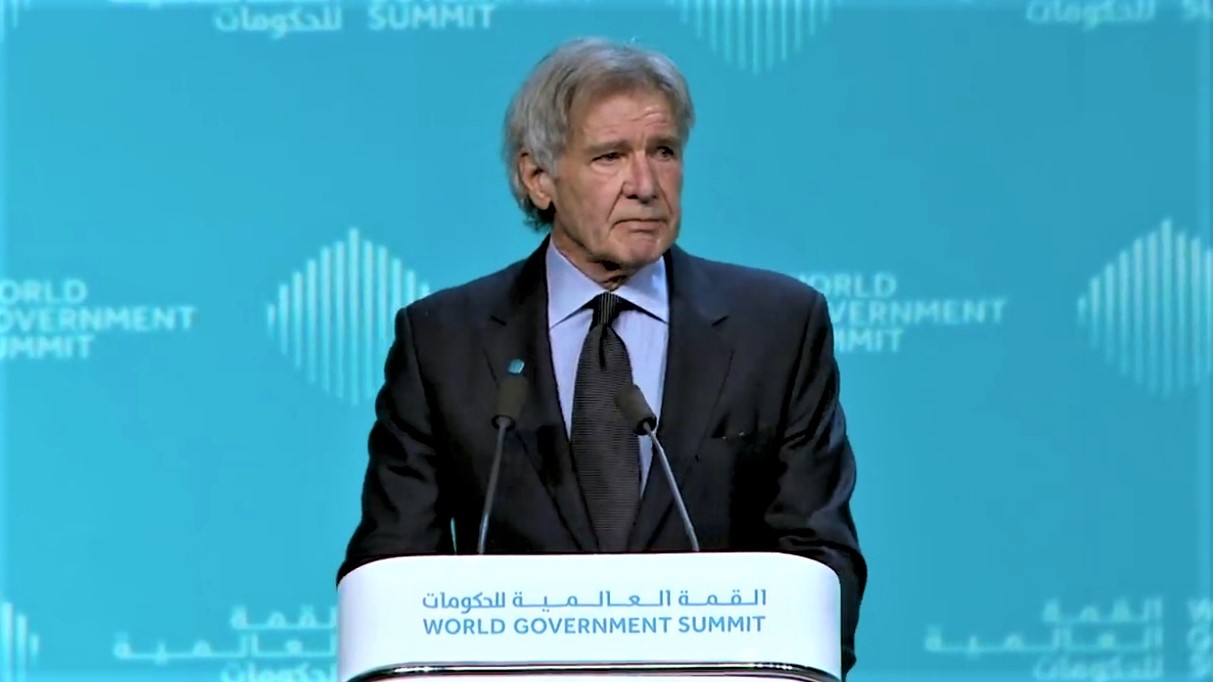 In a recent video to promote a World Government Summit in Dubai, legendary Star Wars actor Harrison Ford offered the usual litany of doom. “What does living in a four-degrees-warmer world look like? Fresh water shortages. Higher greenhouse gas emissions. Unprecedented fires. Worldwide destruction. Is this the world we want?”

Ford added “Our planet, the only home we've got, is suffering. This is the bare truth. This is our reality. It's up to you and me to act now to face the greatest moral crisis of our time. To take action. It is time to make a difference.”

Leftists can make this kind of unproven doom scenario forever and it never loses its “moral authority.” It doesn’t matter that they’ve been selling the End of Humanity since at least 1968, when Paul Ehrlich published his ludicrous manifesto The Population Bomb. Did we all die over the last fifty years? Does anyone point and laugh at the “Elite Media” that eagerly pushed that Fake News?

The next year, actress Meryl Streep narrated a ten-part PBS documentary series called Race to Save the Planet, and predicted “By the year 2000, that’s less than 10 years away, the Earth’s climate will be warmer than it’s been in over 100,000 years. If we don’t do something, there will be enormous calamities in a very short time.”

It wasn’t true, and it never mattered, because doom is apparently always ten years away. No one believed Streep was an actual scientific expert. She enjoyed a higher qualification. She was a movie star, used like a commercial pitch-man, the same way that George Clooney tells you to drink Nespresso coffee.

Ford has used his movie-star charisma on this cause for years on behalf of a group called Conservation International. As part of this crusade, he told CNN that this wasn’t a left-right issue. "It's not about political ideologies....we've been disaggregated into political ideology groups and we've got to find this middle ground to get things done."

As you can see from the laughable details of the “Green New Deal,” the Left’s prescriptions are in no way in the “middle ground” unless it’s in the mainstream that government is mandated to end the scourges of airplane travel and cow flatulence.

At this summit in Dubai, Ford gave a speech and pointed the finger at President Trump and the “climate deniers” in general.  True to form, Ford muttered “In ten years, it may be too late.”

“We are the only member of the animal kingdom whose behavior, whose hubris can destroy the planet,” Ford lectured. “Around the world, elements of leadership – including in my own country – to preserve their stake in the status quo, deny or denigrate science. They are on the wrong side of history."

And yet, it’s history that these people keep denying – that the ecological scaremongers have been wrong for fifty years….so far. The hubris of the Left is overwhelming and it is shameless.