The last few days have been absolutely terrible for the reputation of the badly named “mainstream media.” 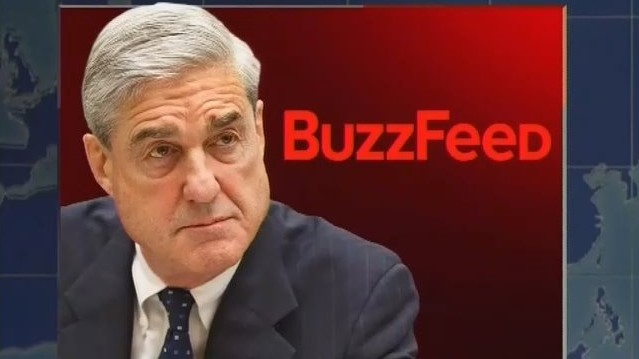 The myth that they tried to build for themselves after the 2016 election – that the American people were too prone to misinformation from malignant (and often foreign) actors in social media, and they needed a sober, factually meticulous “news” media to put the Facts First – utterly collapsed under the weight of the BuzzFeed fiasco and the Covington Kids smear-a-thon.

The reality is this. In the Trump era, no one in the “Old Media” feels the need to wait for the facts. And whatever goes viral on left-wing social media channels is quickly defined as “news.” The media do not “mediate” as much as magnify. So a pack of lies can quickly take flight and dominate the national conversation.

The common thread in these two stories is that both indulged the worst tendencies in Trump-hating journalists. Their emotional investment in pushing impeachment and finding racism under every MAGA hat gets way ahead of what they have actually proven.

The entire sound of their BuzzFeed reporting on Friday -- starting with saying “we have not independently confirmed” BuzzFeed, and then insisting “If true,” it’s curtains for Trump – made the actual facts a sad afterthought. They wished and hoped this was “it” – the “beginning of the end” of President Trump, and “the walls closing in,” as they have claimed month after month.

The story collapsed when Robert Mueller – who all the Trump-hating journalists adore and trust deeply as their savior, the hero who will Get Trump – said BuzzFeed’s story was “not accurate” in its reporting. BuzzFeed essentially published raw sewage – just as they published the entire Hillary-funded “dossier” of unsubstantiated conspiracy theories, like the alleged “pee tapes” of Trump watching prostitutes urinate on each other in a Moscow hotel room in 2013.

Then on Saturday night, the smearing of the Covington Catholic high school boys at the Lincoln Memorial began, based on one 30-second clip and the testimony of a left-wing Native American activist now exposed as a shameless liar. Much longer videos quickly demonstrated that Nathan Phillips was not “surrounded” by a mob of “beastly” teenagers with the gleeful faces of a lynch mob, as he claimed. This disingenuous radical marched right into these unsuspecting teenagers' midst, banging a drum in their faces. He told reporters that he “fought in Vietnam,” which was a lie. But the liberal media indulged him. It was too good to check.

Isn’t this the “Fake News” that the professional journalists and the social media barons alike were supposed to curtail, and not spread allow -- even magnify -- like a virus?

These Catholic boys rode a bus 500 miles from Kentucky to participate in the “March for Life,” a pro-life event that liberal journalists usually pretend never happened. This year, ABC, CBS and NBC gave Friday’s March just 58 seconds – but by Monday morning, they’d devoted over 19 minutes to the allegedly “racist” aftermath. Everyone knows that if these teens hadn’t worn “MAGA” hats, this viral-video cesspool (complete with hate speech and death threats) would have never been created. That’s not their fault. It’s the knee-jerk media’s fault. It's the jerks in the press at fault.

A new poll from the Pew Research Center found 58 percent of U.S. adults feel the news media do not understand people like them, while 40 percent feel they are understood. For Republicans, it’s 74 percent who say the media don't understand them. These colossal new blunders only make that alienated feeling even stronger.