Bozell & Graham Column: These Boots Are Made for Double Standards

Is there anything, anything at all, for which President Trump won’t be faulted by a press corps that despises him so much they are making a mockery of themselves in front of the world?

They slammed the president for failing to visit troops in a war zone. Then on Christmas night, he snuck out of town with Melania to bring Christmas cheer to troops in Iraq. So they slammed him for signing Make America Great Hats that soldiers brought him, turning the trip into a "campaign stop."

It gets even more ridiculous. The scribes at Yahoo News discovered something far more pressing and their scoop showed up on cellphones from coast to coast on December 26. A fashion writer named Kerry Justich uncovered a national outrage, apparently. Her headline: “Melania Trump gets mocked for wearing Timberland boots while visiting the troops.”

Yes, dear friends, it is national news that someone, somewhere – actually it as at least two or three people – found Melania’s boots unacceptable.

The First Lady wore sturdy all-American boots to meet the troops, and it was somehow mockable. “The Timberland boots are being called an ‘out of touch’ style selection by some on Twitter.” Whenever a liberal writer uses “some” people, or “many” people,  they mean “we.”

It makes you wish Twitter had never been born.

A person with the Twitter handle “Posh Spice” tweeted “Melania wearing timbs...how much more out of touch could she possibly be”? Another person (“Wintrynight Jordan”) tweeted “I have never in my life seen anything stupider than Melania Trump in a pair of Timberland boots.” One could quickly discover this wasn’t exactly a fashion tweet, since the hashtag on the Twitter bio was “#VoteThemOut”. Miss Spice’s account had the hashtag “#BlackLivesMatter”.

In the new piece Yahoo also made sure to link back to another Yahoo piece pulling the same thread, mocking Mrs. Trump for wearing Timberland boots on a visit to hurricane victims in October of 2017.

So what about Michelle Obama’s boots?

Just six days earlier on December 20, the very same Kerry Justich at Yahoo News posted the very opposite article: “People are freaking out about Michelle Obama's $3,900 boots.” Freaking out...in delight, that is.

Mrs. Obama wore thigh-high designer glitter boots priced at four grand to one of her book-tour stops, but she was not “out of touch.” This time, “people” (again read: “we”) were “inspired” by her “impeccable” style.

“But despite sharing numerous moving anecdotes about growing up in Chicago and eventually landing in the role of first lady, people seem to be most inspired by the impeccable sense of style she displayed on her last stop in Brooklyn on Wednesday,” Yahoo oozed.

Yahoo also promoted a slew of other “You Go Girl” articles, with gushy headlines, including:

– “Michelle Obama’s Post-White House Fashion Is Proof Of How Liberated She Feels” – Refinery 29. 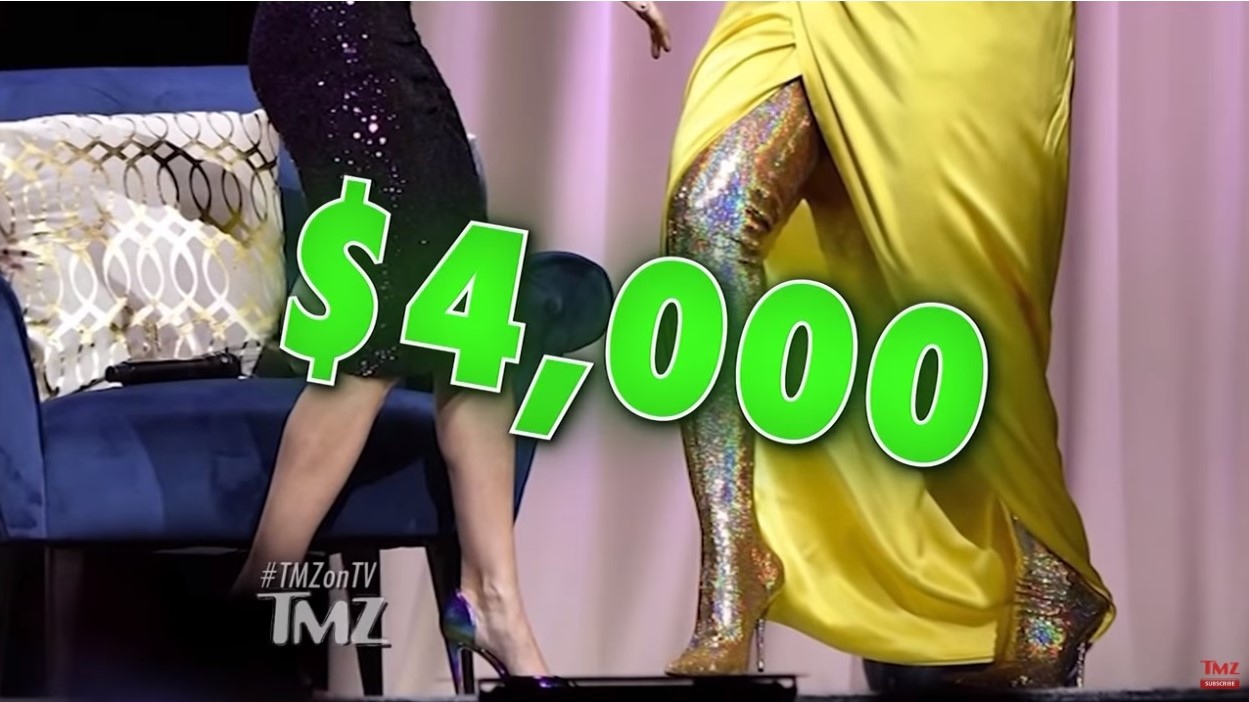 That’s only a fraction of the love the liberals always have for Mrs. Obama. She can do no wrong. Everything she does is the Most Precious Thing Ever.

It’s tawdry – and so damn boorish – to suggest that being “out of touch” with median-income folks is only reserved for Republican First Ladies. Liberals would argue Michelle Obama came from humble beginnings. Want humble beginnings? Try being born in communist Yugoslavia, like Melania.

One would think feminist women in the media could think of better articles to write than catty Twitter roundups of liberal tweeters sneering about Mrs. Trump’s boots, especially when it has nothing to do with boots.

By God, do they hate this man, and because she married him, now also his wife.