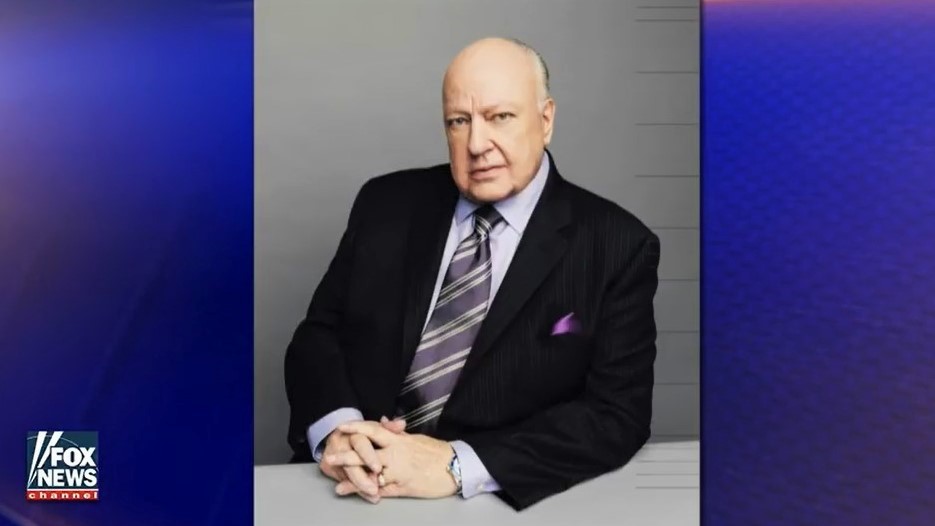 Talk-radio host and friend Chris Plante recently made an excellent point about Hollywood. As horrible new revelations of sexual misbehavior surface about CBS CEO Les Moonves, it’s highly unlikely anyone’s going to make a movie about him, or about Matt Lauer, or about Charlie Rose, and so on. But there are two fictional projects supposedly based on (and a new documentary about) the late Fox News boss Roger Ailes.

Early pictures have emerged of actress Nicole Kidman dressed up to look like former Fox News morning host Gretchen Carlson, who played a major role in exposing a culture of harassing women at Fox. For her part, Carlson isn’t a fan of the pictures, or the movie, tweeting: “This looks nothing like me and the script I've seen makes other people out to be heroes unjustifiably. Hard to see your own story faked. Unfortunately [it] proves Trump's claim of #FakeNews.”

Carlson can’t really complain about Kidman’s resemblance when Ailes is being played by....John Lithgow, who looks absolutely nothing like Ailes.

Hollywood often makes “fake news” when it comes to political movies. When Hollywood wants to demonize someone, most especially a conservative, or even anyone moderately conservative, reality takes a beating. The recent passing of George H. W. Bush makes you recall Oliver Stone turning him into a scowling villain in his movie W. How must it feel to see yourself fictionalized like that? And it’s only natural to become furious that some people watch fictionalized movies -- deliberately fictionalized -- like this and come out of the cineplex saying “I had no idea it was like this” when it wasn’t.

The Ailes movie doesn’t have a title yet – Fair and Balanced was rumored – but its director is Jay Roach, who is best known for his cartoonish political films for HBO, so you know where it's headed before it starts. In 2012, Sarah Palin was harshly and falsely targeted in Game Change, adapted from the 2008 campaign chronicle from reporters Mark Halperin and John Heileman. Roach only adapted/corrupted the McCain-Palin sections of the book. He had no interest in and fictionalizing the Obamas, the Clintons, and, most obviously, the authors’ eye-opening tales about the battles of John and Elizabeth Edwards. So he just skipped them all.

It's not that he doesn't delve into the world of make believe with Democrats. Roach did fictionalize them in Recount, an HBO movie which glorified Al Gore’s aides and lawyers in 2000 as they tried to steal a hanging-chad victory in Florida. One reviewer summed it up nicely as “a screechy example of liberal Hollywood condescension,” adding “the film's flair for exaggeration is as flabbergasting as it is embarrassing.”

Competing with the Jay Roach movie for a piece of Ailes is a seven-part Showtime miniseries entitled The Loudest Voice in the Room, adapted from a book of the same title by veteran Ailes-basher Gabriel Sherman. Russell Crowe, a good actor who can't stop gaining weight, and whose box office appeal must be plummeting, was cast as Ailes in that project, and Fox News-hating Family Guy creator Seth MacFarlane was cast as Ailes confidant Brian Lewis.

Then there’s the new leftist documentary on Ailes, titled Divide and Conquer, which blames/credits Ailes and Fox News for “dividing our nation like never before.” (After all, who remembers the Civil War?) In the trailer, Glenn Beck summarizes the case against Ailes: “It’s easy to make somebody into a monster. It’s hard to see that you’re on that path, too.”

The story-tellers of Hollywood tend to avoid “monster” movies about their most powerful liberal leaders, whether they run the federal government or merely run television networks. They can’t even acknowledge a movie just came out about a grotesque abortionist named Gosnell. But they’re all eagerly anticipating the “history” of Roger Ailes oozing out with their favorite fake-news sales lingo: “based on real events.”