Bozell & Graham Column: 'Are You Comfortable With Tear-Gassing Children?'

The well-publicized “caravan” of illegal immigrants has arrived in large numbers at our border near Tijuana, Mexico, despite MSNBC’s Joe Scarborough insisting it was like tales of Martians: “They’re not coming.” They are climbing over and through walls, which CNN’s Jim Acosta lectured the president would never happen.

TV networks, overreliant on emotional images and under-reliant on facts, are presenting this, as they present everything else, as an outrage caused by ... President Trump. A radical group called “People Without Borders,” organizes hundreds of people to clash violently at the border, and somehow the only controversial player is Trump. 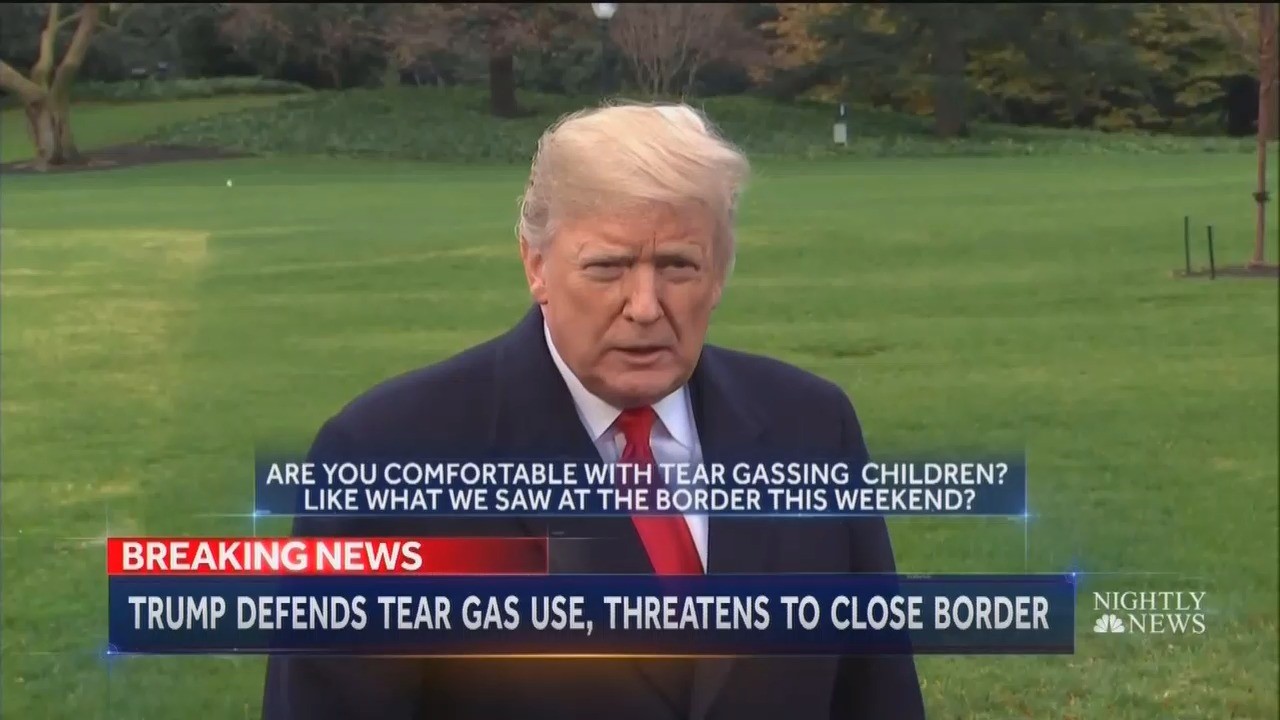 The November 26 NBC Nightly News was especially egregious, triumphantly broadcasting NBC White House reporter Hallie Jackson asking the president “Are you comfortable with tear-gassing children? Like what we saw at the border?”

So here’s the first thing we know. The Border Patrol was using tear gas at the border in the Obama years whenever illegal immigrants were brutally throwing rocks at our agents. Does anyone remember NBC asking Obama if he was comfortable tear-gassing children? Or did no one care about the immigrants then?

NBC was especially egregious because they never mentioned the rock-throwing. To witness a barrage of rocks flying, as we have, and to see the mortal danger they pose (yes, they can kill) is to understand that agents are protecting themselves. This is how anchorman Lester Holt began, using Jackson’s obnoxious question. “President Trump is defending the use of tear gas on migrants who rushed at a major border crossing and attempted to get into the U.S. illegally.” That’s the action word, “rushed.”

NBC’s Gabe Gutierrez used it again: “Officers are trying to keep the peace after hundreds of people rushed the U.S. Mexico border yesterday. What started as a peaceful march, turned into chaos. U.S. authorities fired tear gas at mostly adult males but some of it hit women and children.”

Why can’t NBC report deadly projectiles were thrown? And why do they always spread the silly notion that “it began as peaceful”? There’s nothing peaceful about a mob rushing the border. There’s a term for this kind of reporting. It’s “fake news.”

At least ABC’s Matt Gutman cited “violent clashes,” but also reported “migrants throwing the [gas] canisters right back,” as if they only responded to an assault! 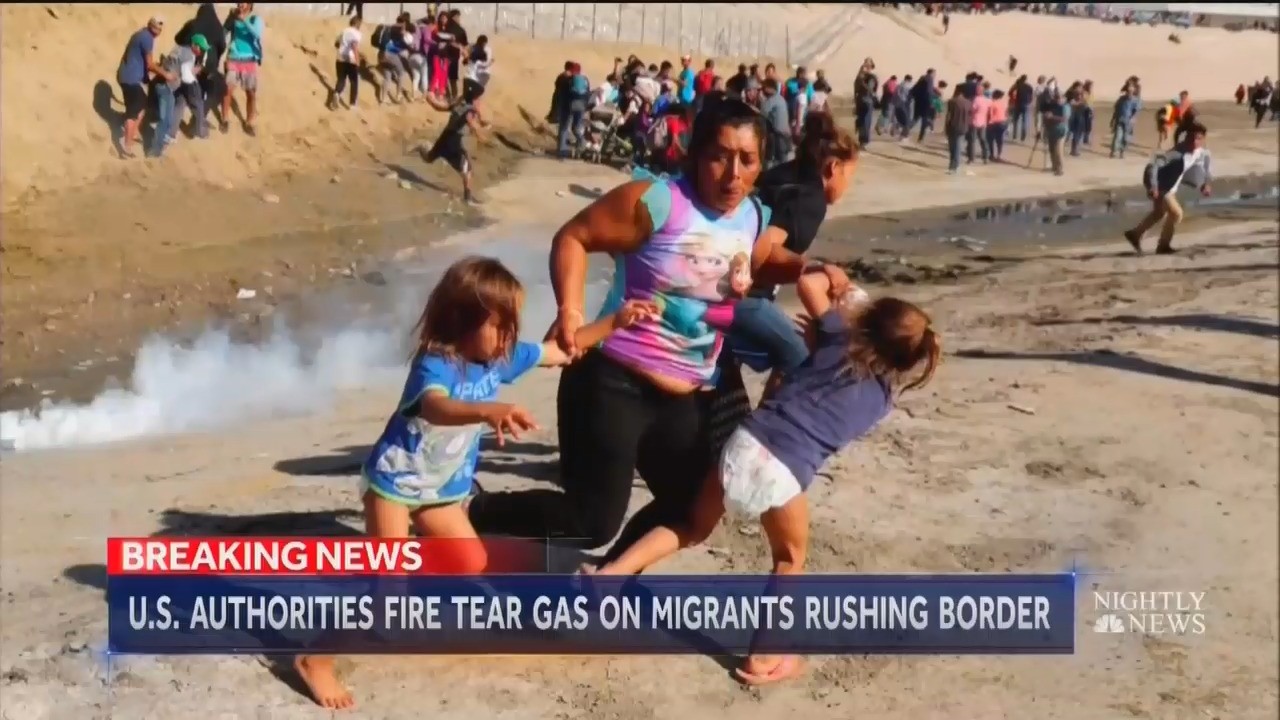 NBC highlighted that it found a mother of two young children whose photo in the “chaos” was spread far and wide by the liberal media to push the “tear-gassing children” narrative: “Maria Mesa, her escape captured in this dramatic photo. We caught up with her today. ‘When I see that photo, I just want to cry,’ she says, claiming that she wasn't crossing the border illegally, but trying to reach it to apply for asylum.”

That may be the single dumbest, phoniest claim made on NBC News in 2018. You don’t apply for asylum by running into a rock-throwing, tear-gassing scene….with photographers at the ready.

NBCNews.com also published an entire story on the “iconic” photo, taken by a Reuters photographer. Again, in this entire sympathetic online article, NBC refused to mention immigrants throwing rocks at the heads of agents.

All NBC wanted here was the tabloidish anti-Trump propaganda – “comfortable with tear-gassing children.” What prompted the tear gas is unimportant. In fact, it sounds worse for Trump when you fake your news by excluding it.

Creating chaos -- and "iconic" photos -- was the point of the caravan organizers. It’s emotionally manipulative to the core, and the actual context of the photo only gets in the way of the propaganda. This isn’t “Nightly News.” It’s a mudslinging political advertisement.

It's what illegal immigrant organizers wanted, and what networks led by NBC were gullible enough to report.