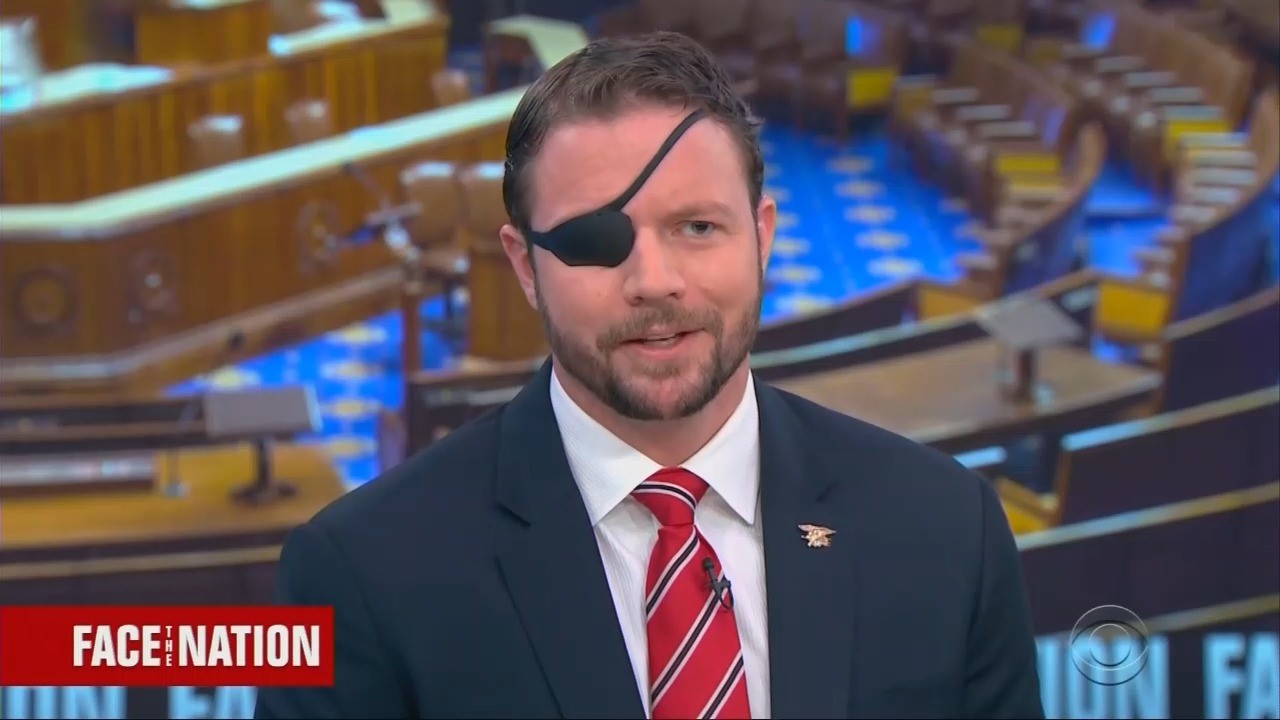 Congressman-elect Dan Crenshaw of Texas first came to national attention by having his looks – especially the patch over an eye he lost serving in Afghanistan -- mocked on Saturday Night Live. The NBC show amended its rudeness by putting him on the show the next week and allowing him to make an earnest pitch to Americans to tell a veteran “never forget,” as in they’ll never forget the sacrifices veterans make.

On November 18, Crenshaw appeared with three other House freshmen on CBS’s Face the Nation. Typically, the other three were all Democrats. He suggested the public image of Congress could be improved if the tone of the debate improved. “Let’s not attack each other’s intent….attack each other as a person. Let’s attack ideas. We can debate ideas, we can disagree on ideas all day long.”

That’s not an easy standard in politics. Politicians know that voters say they don’t like negative attacks, but they also know voters are more likely to believe negative attacks than positive presentations. What made Crenshaw’s approach stand out was challenging the idea that freedom of the press is under attack.

Rep.-elect Joe Neguse (D-Colo.) claimed under Trump “our democratic freedoms” are under attack. Crenshaw demanded specifics. “Democracy is at work. We just voted in record numbers.” Neguse responded “the undermining of the free press.” He cited CNN having to go to court to fight Jim Acosta’s suspended press pass. Crenshaw noted that was one reporter, not the entire network, and he was “highly disruptive.”

Rep.-elect Chrissy Houlihan (D-Pa.) then jumped in. “I would argue that our president is consistently disruptive in those press conferences….he treats them with disrespect.” Crenshaw challenged that: “how is that an attack on the press, though?” Houlihan replied “It’s literally an attack on the press.” Crenshaw shot back: “I’ve literally been attacked….let’s choose our words carefully.”

This underlines that our metaphors can be far too overdramatized, especially in emotional reaction to Trump’s ridicule. Houlihan continued: “his language is an attack in those spaces.” So Crenshaw asked “Why is he not allowed to use his own language and freedom of speech?”

This is a terrific question. Apparently, it’s against freedom of speech to attack the press as a bunch of partisans who sometimes put out “fake news.” The media would like to rewrite the First Amendment and insert the commandment “Thou shalt not question the motives or professionalism of journalists.” They have the thinnest skins in Washington.

But if the Democrats and the press think it’s important to lead by example, is Jim Acosta leading by example? Are they proud of his style? It seems obvious that they feel strongly that someone really needs to lecture the president like he’s got the intelligence of a tomato. They aren’t telling Acosta he’s setting a bad example for the children.

On the Left, they’ve been ranting for years now that the press can’t allow Trump to be “normalized” – in other words, the media must always behave like an election-stealing dictator sits in the White House. For the Left, there is no universal morality. There are the idealistic leftists who must be celebrated, and there are the Cynical Lying Bad Guys who must be destroyed. Dan Crenshaw exposed how much civility is limited when it comes to conservatives.