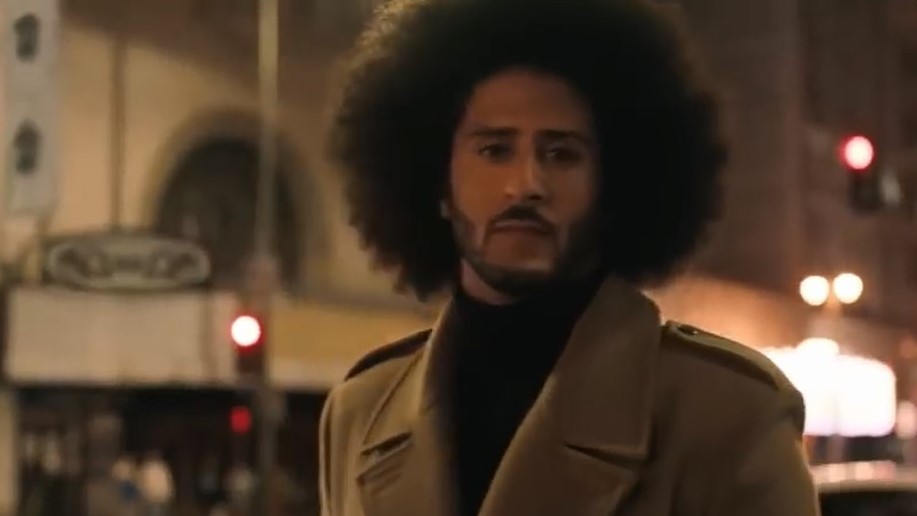 It is hard to fathom that there really exists a body of public opinion that supports Nike's decision to make former NFL star Colin Kaepernick the center of its new "Believe in something" advertising campaign. This is the fellow who believes in wearing socks depicting cops as pigs, and wears a pro-Castro T-shirt because he believes that under that murderous dictator, Cuba was a better country than his own, perhaps because he believes his country was founded on slavery and the “genocide of Native Americans.”

About which Washington Post sports columnist Barry Svrluga gushed: “Nike did what the NFL hasn’t been able to do: It chose a side. That is happened to be correct is all the better.”

The full slogan Nike is unveiling is especially obnoxious when Kaepernick's name is attached to it: “Believe is something. Even if it means sacrificing everything.” He's a pampered  multi-millionaire athlete, and even though his career is all but over, he still somehow commands a contract worth reportedly tens of millions of dollars. There's sacrifice for you. You wonder what the families of fallen police officers are thinking right now.

The inmates are running the asylum. This decision was beyond idiotic and Nike deserves the punishment it's receiving.

Their calculation is that what Kaepernick brings exceeds the money he's being paid, for surely he has a following in America's fractured society. But enough to generate tens of millions of dollars in new sales to balance the books?

This decision has backfired so badly it should be made a case study in The Stupidest Marketing Plan Ever Devised.

The public relations mess it has created is one for the books.  A new survey of thousands of people from the Morning Consult showed that Nike’s favorability has collapsed. Before the announcement, Nike had a net +69 favorable impression among consumers, which has now dropped 34 points to +35 favorable. And get this: “Among younger generations, Nike users, African Americans, and other key demographics, Nike’s favorability declined rather than improved.” The internet is ablaze in disgust. Actually, it's their shoes that are being set on fire all over the country and posted on social media.

Worse still, this disaster isn't going to blow over, as surely a panicked marketing department is praying will happen. Every single time the public sees this arrogant, disgraceful ingrate's face on a Nike ad, the determination not to purchase that company's products will only grow.

This is just another day at the office for that mess known as the NFL, once so embraced by the public, and today held in disdain. It's everything about it. It's the spoiled players. The cowardly owners. The left-wing broadcasters. And now, with the NFL having signed a 10-year deal with Nike to make it an official sponsor, it's the advertisers. It's full-scale rot.

And as a result the numbers continue to plummet. Preseason ratings are down yet again. Sports Media Watch reported that NFL preseason viewership was down 9 percent across NBC, CBS, Fox, ESPN and the NFL Network. Strangely, the Cleveland Browns drew a higher audience. Without those Browns games, preseason viewership crashed 18 percent.

Viewers who did bother tuning in saw a lot of empty seats in the stands as well.  An NBC Sunday night game featuring the Dallas Cowboys on August 26 was the team’s least-watched broadcast on a network since 2009. A game between the Buffalo Bills and the Cincinnati Bengals that same day was the least-watched preseason matchup on Fox since 2008.

A recent poll commissioned at the Media Research Center found that 75 percent agreed with the statement, "When I watch live sports or entertainment shows on television I am trying to get away from politics and do not want to be bombarded with partisan political messages."

What do you think that 75% thinks now? What will they think every time they see a Nike commercial celebrating this man? Truth is, many won't see that ad because they'll no longer be watching the NFL.

"Believe in something really offensive. Even if it means sacrificing everything, including your own company, and the NFL while you're at it."

That would have been a far more accurate tag line.