Bozell and Graham Column: NBC Lowers the Bar for Omarosa 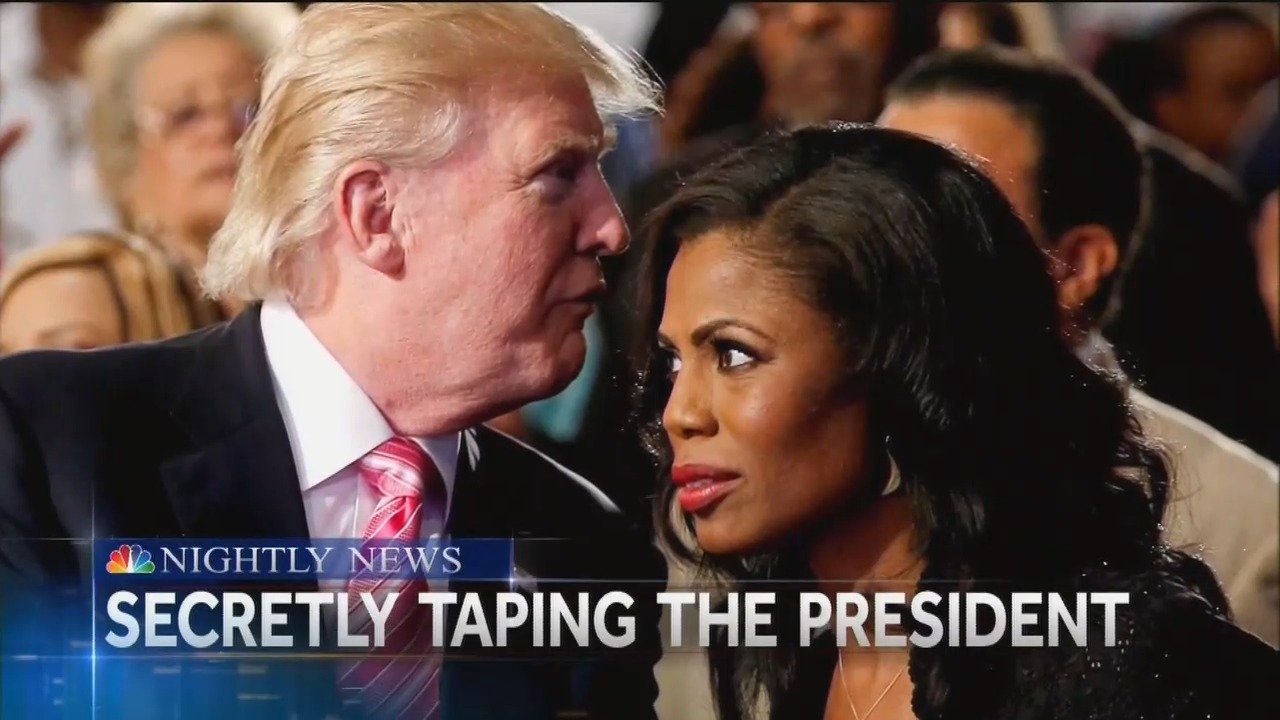 NBC “News” is perfectly demonstrating why the American people distrust the media’s professed belief in facts, or its supposed approach of holding a story until they have enough documented evidence.

The latest shameless exhibit? Championing former Apprentice star and White House aide Omarosa Manigault Newman’s new “tell all” book claiming Donald Trump is a racist and a bigot. She claims that she has heard a tape recording (which she did not produce) that Trump said the “N-word” on the set of his NBC reality show. In the book, Omarosa describes hearing about the tape but not hearing it herself. She claimed Sunday that she personally listened to it after her book had gone to press.

Like the Access Hollywood tape, NBC seems to be trying to do penance for the “sin” of building Trump’s national profile over the years with The Apprentice and then Celebrity Apprentice. They don’t seem sorry for making Omarosa a rich and famous TV personality -- and now a well-compensated author of tabloid trash. NBC overdosed on the story with 67 minutes of Fake News right out of the gate.

Omarosa spoke sweet nothings into the NBC’s ear: “I was complicit with this White House deceiving this nation. They continue to deceive this nation by how mentally declined he is, how difficult it is for him to process complex information, how he is not engaged in some of the most important decisions that impact our country.”

So the president is not just a racist, but mentally incompetent. NBC already broadcast this garbage about Trump’s unfitness when it came from Michael Wolff’s Trump-trashing gossip book Fire & Fury.

But it’s not the first time NBC skipped the hard work of digging for evidence before attacking a Republican. This resembles NBC’s opportunistic set of morning-show interviews with Kitty Kelley back in 1991 when she wrote a book on Nancy Reagan and claimed -- with a glaring lack of proof -- that Mrs. Reagan had an affair with Frank Sinatra. “All That Glitters Is Not Real” was the headline in The New York Times. That was transparently obvious.

This is a dramatic contrast with 1998 and 1999, when NBC investigative reporter LIsa Myers carefully investigated and verified details of Juanita Broaddrick’s allegation that Bill Clinton raped her in a Little Rock hotel in 1978. The network suppressed their own report for more “facts” for months.... until the threat of removing their darling President Clinton from office had passed.

And then when it finally aired on Dateline NBC, NBC's Tom Brokaw would not allow any story on Clinton rape allegations to soil his nightly newscast, and he wouldn't even say the name "Juanita Broaddrick" on his show. Their “standard” for evidence is a flaming double standard.

NBC News no longer has Lisa Myers to verify Omarosa’s book before promoting it. Myers grew discouraged and left, because the networks had no interest in investigative reporting if it was going to damage their hero Barack Obama. NBC only likes stories that serve its political allies.

These “news” outlets complain that when President Trump attacks them for pushing Fake News, he is undermining “democratic norms.” That’s not correct. He is decrying the media’s Democratic norms.