Let’s imagine the following statements were part of a public opinion poll. How many people would agree to these assertions:

1. “We’re concerned about the troubling trend of irresponsible, one-sided news stories plaguing our country. The sharing of biased and false news has become all too common on social media.”

3. “Unfortunately, some members of the media use their platforms to push their own personal bias and agenda to control exactly what people think…This is extremely dangerous to a democracy.”

This is precisely what the left-wing media would say about Fox News. But these statements aren’t part of a poll. They are part of a script that Sinclair Broadcasting sent to its stations across America. In a 60-second promo, the local anchors in each market read the script, and the Trump-hating media gave birth to a large cow. Clearly, Fox News wasn’t the target. They were.

Let’s add some more Sinclair copy, and wonder why this is offensive to liberals: “At [station], it’s our responsibility to pursue and report the truth. We understand truth is neither politically ‘left nor right.’ Our commitment to factual reporting is the foundation of our credibility, now more than ever.  But we are human and sometimes our reporting might fall short. If you believe our coverage is unfair, please reach out to us...”

The Left would certainly embrace factual reporting as “the foundation of our credibility,” and yada yada. What they found offensive is that a new entity not as enlightened as they could profess this belief.

What of the second part, about Sinclair inviting criticism from their audience? No wonder the Left doesn’t like it. Virtually all of them have cancelled their ombudsmen. Networks aren’t in the habit of offering corrections. Accountability is not their bag.

Sinclair has long aired conservative commentary on its local stations, and the liberal media hate that, too. MSNBC’s Joe Scarborough shamelessly lectured it was like the days of Pravda in the Soviet Union: “A national broadcasting system that is shoving propaganda down local anchor's throats,” he stated hysterically, “straight from the pen of somebody who’s a Trump acolyte is really, really chilling.”

Chilling? This man appears daily on a national broadcasting system pushing propaganda. A network whose motto in the Obama years was “Lean Forward” (which sounded like Mao Zedong’s “Great Leap Forward) passing judgment on propaganda is why networks like Sinclair have emerged. 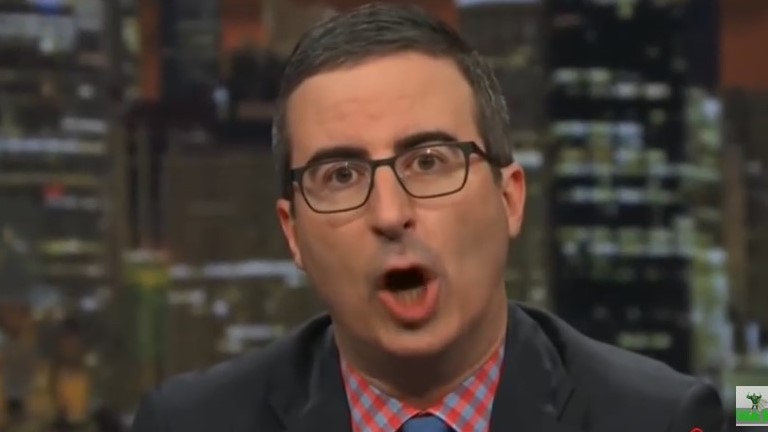 On HBO, John Oliver denounced Sinclair anchors reading a script as sounding like “members of a brainwashed cult.” So exactly how do anchors of news or entertainment shows across the country deliver their reports? Oliver doesn’t have a script? The HBO denunciations of a “brainwashed cult” are especially hilarious, since they produce Democratic propaganda films like last year’s “fly-on-the-wall” documentary on Obama’s supposed foreign-policy geniuses called The Final Year.

Now remember that most of these Sinclair stations are affiliates of ABC, CBS, and NBC. So liberals object to a 60-second promo – but see nothing wrong with 60 Minutes promoting Trump’s alleged porn-star lover or the forthcoming prime-time George Stephanopoulos interview hour with James Comey on these very same stations. One-sided news is the best kind of news for most of the broadcast day....as long as  your “news” skews to the left