We still don’t know why Stephen Paddock unleashed his arsenal in an evil attack on October 1 at an outdoor concert crowd in Las Vegas, killing 58 people and injuring another 500. But Hollywood’s glitterati seem to know, apparently. They quickly and predictably jumped on Twitter and other media to denounce the NRA as terrorists and demand “common sense gun control” that, as usual, wouldn’t have stopped Paddock in any way.

So why does America have this mass-shooting problem? Will Hollywood ever look inward on this question and explore its role? Four of the biggest box-office successes in the week leading up to the shooting demonstrated the degree to which Tinseltown is aggressively promoting a culture of gun ultra-violence in America.

Matt Philbin of the Media Research Center reported that in just these four movies – Kingsman: The Golden Circle, American Assassin, Stephen King’s It, and Mother, featured an astounding 589 incidents of violence. It gets worse. There were no less than 212 incidents of gun violence and the body count is at least 192. In over 100 gun-violence incidents, some kind of automatic weapon is used (which is why the numbers are under counted: researchers literally couldn't count fast enough).

There are plenty of other forms of violence there as well.

It is the monster hit of the fall, with a box-office take of $315 million and counting. The movie has  only three gun scences, but one features a penetrating captive bolt pistol, which is used to stun animals prior to slaughter. Victims are stabbed, bludgeoned, and the killer clown even bites off the arm off a little child. Mother includes an atrocious scene of a crowd disemboweling and eating a baby. 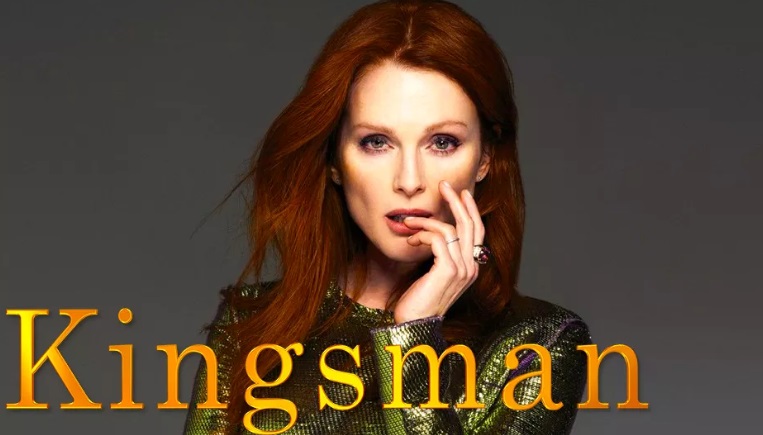 Kingsman: The Golden Circle was the number-one film that weekend, a sequel to the hyper-violent original Kingsman: The Secret Service, which contained one of the grisliest murder scenes that Hollywood has ever produced  – where some kind of demonic neurological wave causes everyone to try to slaughter everyone else inside a church until they’re all dead.

The sequel includes 118 incidents of gun violence (70 of them with automatic weapons),  and another 164 incidents of violence. Philbin made a list: “body slams, punches, explosions, ripping off limbs, ripping out vocal cords, putting people in meat grinders, cannibalism, lasso violence, slicing people in half and eyes randomly exploding from people’s heads.”

The Hypocrite-in-Chief of this production is actress Julianne Moore, who plays the drug-lord supervillain in the film. Moore went on Jimmy Fallon's late-night show for the usual love bombs. Fallon said “Kingsman alone is fantastic!” and Moore said “Thank you! It’s a fun movie, right? It’s really, really fun.”

Since the Vegas mass shooting, Moore’s Twitter feed has been stuffed with tweets attacking the NRA and demanding gun-control legislation. Naturally, nowhere in this October Twitter festival is any mention of her “really fun” hit movie.

The Hollywood Reporter, to its credit, asked Moore if critics of Hollywood “glorifying gunplay have a valid point?” Moore shot back: “It is impossible to be killed by watching a violent movie, but unfortunately, it is all too possible to be shot and killed while sitting in a theater and watching any kind of movie.”

Hollywood might point the finger of blame for all this violence back on the audience, and there's merit to that argument. The Kingsman sequel won the weekend box office for two weeks. Before that, It won for two weeks. And before that, the winner for four consecutive weekends was....Hitman’s Bodyguard.

But does that exonerate Hollywood for feeding the beast?

The movie stars have no problem mudslinging at the NRA and blaming them for mass shootings. But they have demonstrated a complete lack of moral introspection about their own glamorization of over-the-top violence with guns...and with everything else. Until they get serious about their own responsibility, they have no right to judge anyone else.