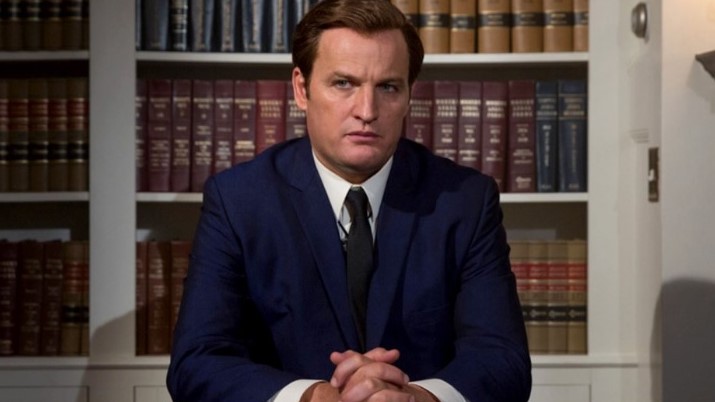 Consider it a minor miracle. Some brave souls in Hollywood have made a movie about Sen. Ted Kennedy's actions in the car accident that left a woman dead and abandoned at Chappaquiddick in the summer of 1969. It even stars well-known actors like Bruce Dern, Ed Helms, Kate Mara, and Jim Gaffigan. It just debuted at the Toronto International Film Festival.

At this moment, one could imagine it as a counter-reaction to taking down Confederate statues. If there's anything in our modern history that needs a re-assessment -- or just a reality check -- it's the hidebound mythology around Ted Kennedy, that noble “Lion of the Senate.”

Some predictable protests broke out from the myth-makers. "I’m not entirely sure why anyone chose to make this movie right now. We hardly lack in narratives that debunk the Kennedy mystique," complained former Washington Post reporter Sharon Waxman at TheWrap.com. "Indeed, the Kennedys’ moral failings are hardly what ails our democracy at this time. Many of us wish there was a Kennedyesque figure to offer leadership in place of the moral chasm that faces the nation right now."

It is always so when it’s a Democrat. Throughout 2016, we were told Hillary’s past scandals were irrelevant. Obama’s scandals? A thing of the past. Bill’s imbroglios? We need to move on. Indeed, that’s why MoveOn.org was born.

In this case, it’s even worse. The liberal media establishment -- the ones who proclaimed from the rooftops that  it was mandatory for Trump to abandon his presidential campaign for boasting off-camera to Billy Bush he could grab women in the crotch because he was a "star" -- always believed that leaving a woman behind in an overturned car to  drown wasn't at all immoral or disqualifying for the presidency....when you're "Kennedyesque."

But there was more than one minor miracle. Variety film critic Owen Gleiberman took the opposite take. "[Mary Jo] Kopechne’s body was found in a position that implied that she was struggling to keep her head out of the water. And what the film suggests is that once the car turned upside down, she didn’t die; she was alive and then drowned, after a period of time, as the water seeped in," he wrote.

Then the film critic went for the solar plexus: "This makes Edward Kennedy’s decision not to report the crime a clear-cut act of criminal negligence — but in spirit (if not legally), it renders it something closer to an act of killing." He asserted that the fact that the Kennedy dynasty used their wealth and power to squash the case is “the essence of what Chappaquiddick means.”

Both critics agreed that the movie is emotionally detached and clinical about the story it tells. Gleiberman said it “simply delivers the truth of what happened: the logistical truth of the accident, and also the squirmy truth of what went on in Ted Kennedy’s soul.”

The news media will be left with two options when this movie comes out. They can ignore it, just as they did to hard-hitting books like Leo Damore’s best-selling Senatorial Privilege in 1988. Or if it’s too successful to ignore, they can denounce the filmmakers and attempt to shame them as greedheads, as liberals like Barbara Walters did when Mimi Alford came out with a book in 2012 on how JFK sexually exploited her when she was a 19-year-old White House intern.

For more than half a century, the media elite has presented the Kennedys in oozy, honorific terms as a gallant band of devout Irish Catholic public servants. And they wonder why people denounce them for spreading “fake news.”