Bozell & Graham Column: Decades of Blaming Violence on the Right 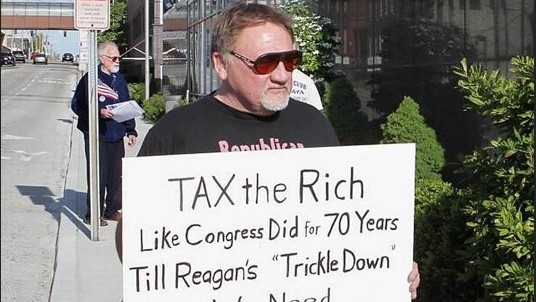 The radical leftist fanaticism of the Steve Scalise shooter has been an integral part of the news coverage, as it should be.  James Hodgkinson’s ties to the Bernie Sanders campaign have been reported (if sometimes buried) by most news outlets, and the pundits are virtually universal in their belief that the socialist senator should not be held responsible.

These journalists were about a quarter of a century late to the dance. Theirs has been a decades-long exercise in hypocrisy. If an act of violence could be blamed on a Republican, or even better on a conservative, the press would do it, even if they needed to play a Kevin Bacon six-degrees-of-separation game.

Think of the abortion bombing in Atlanta in 1997. The pro-life movement was immediately put on trial and forced to defend itself against the media’s charge that it was responsible. Ditto with the shooting of late-term abortionist George Tiller in Kansas.

Consider the Gabby Giffords shooting. The leftist media right up to the present day cast blame on Sarah Palin and her followers, even though the charge has been proven to be false.

What about liberal Democrats? The media covered the Unabomber because as an ongoing terror, they couldn’t ignore it. But how many blamed the environmental movement for Ted Kaczynski’s radicalism, which included an embrace of Vice President Al Gore and his book Earth In The Balance?

Think of the endless exercises in destructive behavior perpetrated by Greenpeace and so many of the radical environmental organizations. Have the policies of the Democratic Party been blamed?

What about Black Lives Matter? The coverage has been intense, and sympathetic, no matter how much violence is perpetrated, smearing the police and causing a crime wave that has led to dramatic increase in murders. Has any Democrat, from Obama on down, been held to account? In recent months, because of Donald Trump, the radical left’s violence, and call to violence by its leaders, has reached a frightening level. But where were the news media?

Where were the news media when at the Women’s March, Madonna first told her detractors to  “F--- you,” and then proudly proclaimed “I have thought an awful lot about blowing up the White House”? ABC, CBS, and NBC gave this large feminist event 129 times more coverage than they did the 2016 March for Life. ABC touted Madonna’s “A-list” appearance, and shamelessly censored any mention of her profanity or violent fantasies.

In New York, they are running Shakespeare’s “Julius Caesar,” depicting a very Trump-like Caesar being viciously stabbed to death. Where is the liberal media condemnation? ABC and NBC ignored it, while CBS defended it for three minutes. CNN host Fareed Zakaria called it “brilliant” and urged the public to go view it. The New York Times was actually sponsoring this theater and standing by it “as an institution that believes in free speech for the arts as well as the media.”

Snoop Dogg’s is one of the hippest celebrities on the scene today. In a recent music video, he is depicted as shooting a clown-faced President Trump in the head. Do you recall any coverage? Any condemnation?

The very bizarre rock singer Marilyn Manson also has a music video in which a facsimile of Donald Trump is seen decapitated, blood everywhere, soon after Manson tears a Bible apart. Where was the coverage and condemnation?

Before he was canceled, Nightly Show host Larry Wilmore pledged to suffocate Trump:  “I don’t want to give him any more oxygen. That’s not a euphemism, by the way. I mean it literally. Somebody get me the pillow they used to kill [Antonin] Scalia and I’ll do it — I’ll do it!” He had been  honored by the White House Correspondents Association to perform a "roast" (think toast) of Obama, but where was the coverage and condemnation of this "joke"?

There’s been a lot of coverage of Steve Colbert’s gay slur against Trump. But do you recall him showing Trump’s aide Steve Miller having his severed head placed on a spike a la HBO’s Game of Thrones?

The examples are legion. The coverage has been virtually nonexistent. The condemnation has been nowhere to be found. It is well to remember this when considering the media’s present outrage at the shooting of Republican congressman Steve Scalise.

Maybe, just maybe, they need to do some soul-searching themselves.