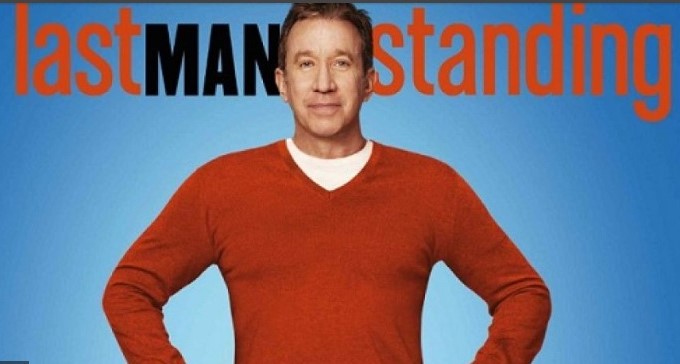 In January, new ABC Entertainment president Channing Dungey told a Television Critics Association session in Hollywood that she wanted to retool ABC programming to include more shows for Trump-voting segments of the population: men, rural America and working-class families.

“If we’re talking about diversity and inclusion, I want to make sure we’re inclusive of everyone,” she declared. “When you think about the name, we’re the American Broadcasting Company.”

We've seen this movie before. Perhaps the emptiest statement in Hollywood is the commitment to wholesome values.

In May, she broke that campaign promise like a politician, canceling the Tim Allen sitcom Last Man Standing, a show appealing directly to that Trump electorate. A Change.com petition protesting the move is nearing 300,000 signatures. Allen tweeted that he was “stunned and blindsided” by the bad news.

Why was Tim Allen fired?

The show didn’t have a ratings problem – it averaged 6.4 million viewers this season on Friday night, and that should be graded upward on a curve, since the overall Friday audience is typically smaller than other weeknights. Dungey said the job of a programming executive was “managing failure,” but this wasn’t a failure. “It was a steady performer,” she admitted. But “Once we made the decision not to continue with comedy on Friday, it was just kind of that’s where we landed.”

Instead, they’re moving in the drama Once Upon a Time, which this year drew... 3.2 million viewers, or half of Allen’s number. In the second hour, they’re eventually placing their show Agents of S.H.I.E.L.D., which this season averaged...2.3 million viewers.

What about Saturday to Thursday? Apparently there wasn't a slot on ABC prime time for Allen's show -- anywhere.

What constitutes a success at ABC? Dungey  declared herself “optimistic and excited” about a third season of Quantico, which, according to creator Joshua Safran, is opposed to "Trumpian instincts." The series just concluded with a plot that the Trump-like president wanted to merge the FBI and CIA into one giant agency, but was exposed as a tool of the Russians. Ratings? This cartoonish liberal claptrap averaged 2.7 million viewers this season, just over a third of Allen's total. It was renewed.

These surviving shows with mediocre ratings that we’ve mentioned are owned by ABC. That means there are business reasons for Allen’s show to be dismissed, since it’s owned by 20th Century Fox. But it’s the second-highest-rated ABC sitcom behind Modern Family, which is also owned by Fox. (It ranked third this season at ABC among all scripted series if you throw in Grey’s Anatomy.) But ABC is keeping Fox-owned Fresh Off the Boat, which on Tuesday night drew...less than 4 million viewers. Pro-“diversity” ABC wasn’t going to cancel an Asian-American sitcom  – one that proclaimed last November “this country was founded by illegal immigrants” – the Pilgrims landing at Plymouth Rock.

ABC also claims they are renewing these less-popular shows due to “critical acclaim,” and that's one way Hollywood liberals can cite liberal TV critics in defense of their decisions. Tim Allen is not a critic’s darling. They dismissed this show as a retread of his 1990s ABC smash Home Improvement.

So if Tim Allen’s hit show is produced by Fox, why can’t Fox pick it up? The website Deadline Hollywood reported Fox isn’t airing traditional multi-camera sitcoms anymore and are leaning toward “edgy” comedies to try to attract younger viewers. Fox only had two weeknight sitcoms this season, both struggling: the beyond-crass The Mick (2.9 million viewers, average) and Brooklyn Nine-Nine (2.1 million). Both were renewed.

Looking at all this, you can see why Tim Allen is stunned....and why it’s easy to think that a pro-Trump TV star is suddenly out of fashion largely for reasons that have nothing to do with ratings or business.