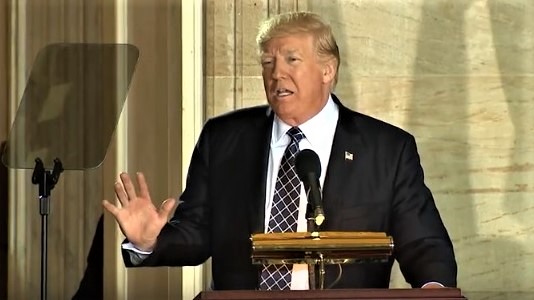 The time has come for the media to pull out the artificial measuring stick of 100 days to evaluate President Trump. If they’re kind, he’ll get an I for incomplete. But it’s more likely they’ll use I-words like  inability, or incompetence, or incoherence. Whatever they say, it won’t be kind.

But eight years ago? Eight years ago, Time’s Joe Klein graded Obama with an S, for “spectacular.” And stupendous: “The legislative achievements have been stupendous — the $789 billion stimulus bill, the budget plan that is still being hammered out (and may, ultimately, include the next landmark safety-net program, universal health insurance).”

Notice Klein had already granted Obama an A for things that had not passed (and with Obamacare, it would take more than another year).

AP reporter Liz Sidoti must have seen the dearth of policy achievements. So instead she gave Obama a rave review based on his personality. “It didn’t take long for Barack Obama — for all his youth and inexperience — to get acclimated to his new role as the calming leader of a country in crisis,” she wrote. “Rookie jitters? Far from it.” He spoke in “firm, yet soothing tones.” He used a “just-folks approach.” He “displayed wonkish tendencies, too,” and “engaged in witty batter,” and on foreign policy he “struck a statesmanlike stance.”

Back then, nobody could tell the difference between the White House propaganda office and the press corps.

A Media Research Center analysis of the first 80 days of evening news coverage of President Trump revealed that the incessant journalistic negativity of the 2016 campaign has stayed  almost exactly the same in 2017.  Last October, coverage of Trump was 91 percent negative. Honeymoon? What honeymoon?In the first 98 days, absolutely nothing has changed. The barrage continues, to the tune of 89 percent negative coverage.

Just like last fall, the networks have centered their stories not on “news,” but on what they find most objectionable about Trump. The most important  White House story was the attempt to impose a temporary ban on immigration from seven (and later six) Muslim countries. The coverage was 93 percent negative. The second biggest story was their obsession over whether Russia “hacked the election” or improperly coordinated with Trump staffers, which remains completely undocumented. That topic drew 97 percent negative coverage.

Network news anchors have presented President Trump as a terrible liar and for good measure, as potentially mentally ill. Three days after the inauguration, CBS anchor Scott Pelley snapped that the president engaged in “a weekend of tweeting tantrums and falsehoods.” On February 6, he knocked “presidential statements divorced from reality,” and on March 8, he asked Democrat Leon Panetta: “Is it appropriate to ask whether the President is having difficulty with rationality?”

NBC anchor Lester Holt asked on March 20: “After a string of unproven claims, will this President struggle to keep the trust of the American public?” Other journalists call this kind of badgering “pointed truth-telling.”

To be sure, President Trump doesn’t always have proof for his tweets, such as accusing Obama of wiretapping Trump Tower (coverage: 99 percent negative). But the coverage of Obama suggests the media  naturally assumed he was always wonderfully honest and competent, the “cool kid in class” that left everyone who met him “star-struck.” Criticizing Obama was “not very patriotic.”

If the media hadn’t spent the last years operating a perpetual adoration machine, then maybe all this hostility to Trump might seem like an honest evaluation, instead of a shamelessly bitter and partisan exercise.

It is they, and not he, who lack credibility.