One of the world’s last brutal communist dictators, Cuba’s Fidel Castro, died at the age of 90. While Cuban exiles celebrated long into the night, on America’s “objective” networks, they pulled out hankies and mourned this despot’s filthy works and celebrated the hellhole he made.

ABC’s Jim Avila made the Founders spin in their graves by touting how Castro “was considered, even to this day, the George Washington of his country among those who remain in Cuba.” Notice only “those who remain” – under the thumb of the Castros – can be counted as fans. 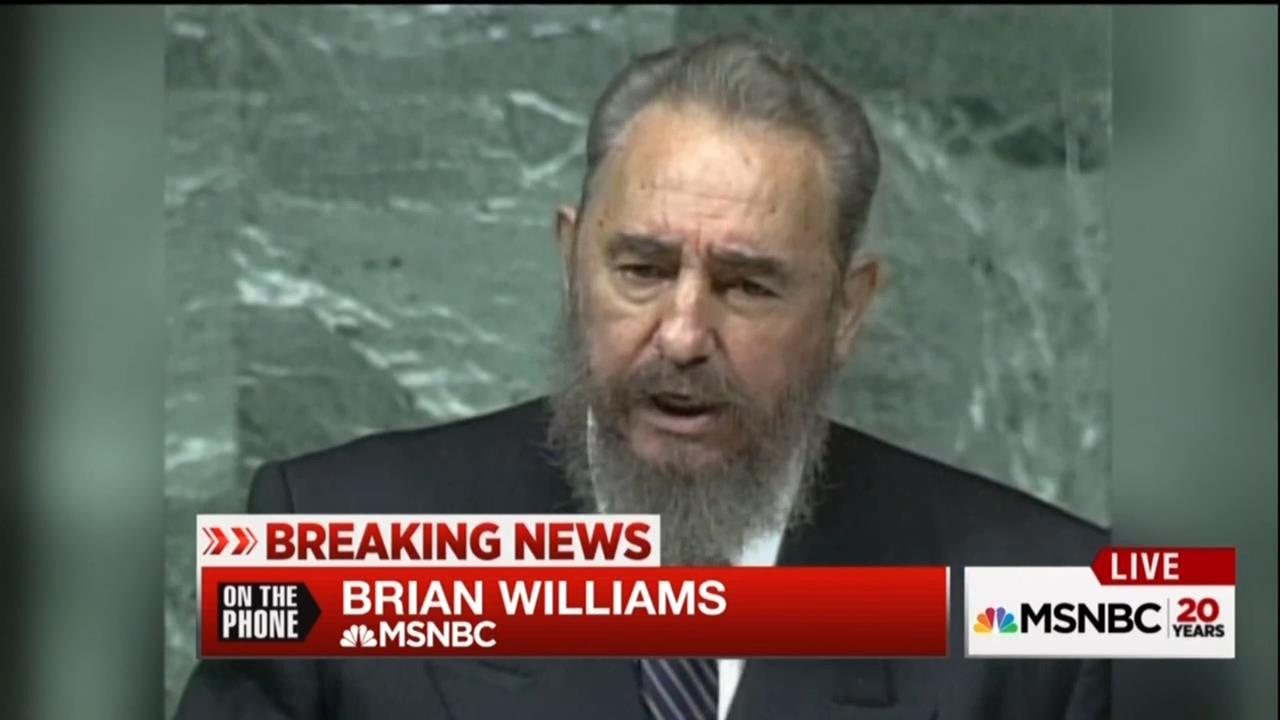 On MSNBC, Andrea Mitchell unspooled the usual nonsense about how Castro “gave his people better health care and education.” She said Castro “will be revered” for “education and social services and medical care to all of his people.”

The dictator was dead, and they were still spreading his official lies about a terrific health-care system – where the doctors are paid $30 to $50 a month or are shipped to socialist “partners” like Venezuela. Brian “Fake News” Williams claimed that Cubans use donkey carts instead of automobiles “because that’s exactly what they’d rather have for transportation.”

Would Brian Williams prefer being shuttled to 30 Rock by a donkey?

This charade has been going on since Castro shot his way into power in 1959. The Left just spent an election cycle talking about the (liberal) Truth vs. “false equivalence,” but the very best the left-wing media can do now is reporting that “some say” Castro was a ruthless dictator, and “some say” he was Havana’s version of George Washington.

There was no “objective” on-the-other-hand coverage when former right-wing Chilean dictator Augusto Pinochet – who allowed a peaceful transfer of power to democracy in 1990  – died ten years ago.

Back then, The New York Times headline screamed Pinochet was a "Dictator Who Ruled By Terror in Chile." Jonathan Kandell of the Times began by describing him as "the brutal dictator who repressed and reshaped Chile for nearly two decades and became a notorious symbol of human rights abuse and corruption."

The Washington Post headline for Pinochet in 2006 was "A Dictator's Dark Legacy." Reporters Monte Reel and J.Y. Smith stated his government "murdered and tortured thousands during his repressive 17-year rule ... leaving a legacy of abuse that took successive governments years to catalogue."

But what about Castro? The Times headline was “A Revolutionary Who Defied the U.S. and Held Cuba In His Thrall.” Anthony DePalma of the Times began by calling Castro a “fiery apostle of revolution” who “defied the United States for more than half a century.”

So let’s look at the legacy of this so-called romantic figure. He outlawed Christianity and persecuted Christians (mostly Catholics). He executed some 10,000 political prisoners; many continue to languish in his prisons. He aided and abetted dictators and terrorists from Angola to Nicaragua. He plundered his treasury, living in sheer luxury while his citizens lived in squalor.

He allowed the Soviets to place nuclear missiles on his soil aimed at the U.S., and recently admitted he’d urged Khruschev to launch them during the Cuban missile crisis, which might well have killed millions of Americans.

And the current president of the United States now can’t think of a single thing to criticize.