The most obvious sign of liberal media favoritism is that liberal candidates can avoid press conferences for months at a time and they don’t complain. After the Benghazi consulate was attacked in 2012, the media hammered Mitt Romney at a press conference for daring to criticize Obama, then supinely allowed Obama to avoid a press conference. He merely made a Rose Garden statement to express his sympathies and then jetted off to a fundraiser in Las Vegas. 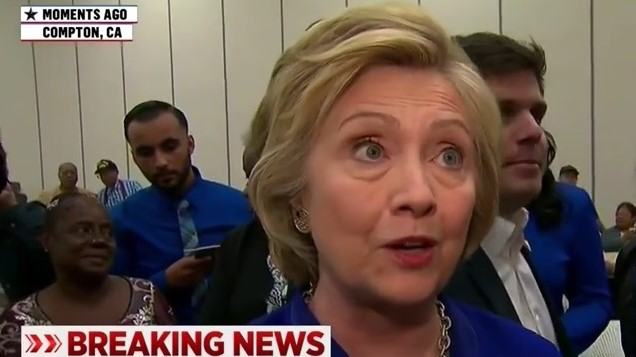 Last week, Donald Trump was accused of a horrific, almost undemocratic attitude toward the press after a contentious press conference. Hillary Clinton avoided a press conference for six months, and the press, like a housebroken gaggle of pets, didn’t really care.

On CNN, former Meet the Press host David Gregory made excuses for her on June 6. “ I think she would much rather give the spotlight of negative publicity to Donald Trump, who's doing an excellent job occupying that spotlight. She'll take the hit,” as if anyone in the liberal media were hitting.

He added: “But I don't think she wants to face a series of questions and follow-up questions on the I.G. Report [on her email server]; on Clinton Foundation donations, and the kind of unscripted nature of a press conference. She'll face those questions in the interviews that she's doing; but I think it, for her, feels like a more controlled environment.”

But Gregory is giving his media colleagues way too much credit. Hours later, Mrs. Clinton decided to allow her media servants to address her, and there weren’t any “unscripted” questions about her scandalous behavior. These were the questions, brief and obsequious:

1. “You’re on the cusp of being the first female nominee of a major party. What does that mean to you and how are you reflecting on that?”

2. “No matter what happens tomorrow, Bernie Sanders has said the convention in Philadelphia will be contested. Is there anything to do to change that at this point?”

3. “Is it setting in that you might be making some serious big-time history here tomorrow?”

4. “Some prominent Democrats have come out saying we maybe need to reevaluate the super delegate system more broadly. Irrespective of what happens in this primary, do you support looking into that and, perhaps, getting rid of that?”

6. “What role would you like the president to play in your campaign?”

7. “Do you expect the president’s endorsement as soon as this week?” As if that was in doubt?

But the Clinton-coddling prize goes to NPR reporter Tamara Keith, who uncorked this beauty: “Last night when you took stage in Sacramento, there was a woman standing next to me who was absolutely sobbing. She said, ‘you know, it’s time, it’s past time.’ You see the women, you see people here. And people just come up to you and they get tears in their eyes. Do you feel the weight of what this means for people?”

The only real question here is whether Keith was describing herself. This wasn’t a journalist’s question. It was a fan girl’s question. Hillary answered with boilerplate about how special it is to give girls the knowledge that they, too, could be president some day.

This is the same press corps that yells at Trump “It seems as though you’re resistant to scrutiny, the kind of scrutiny that comes with running for President of the United States?”