This bizarre stance came into stark relief on Friday when the Associated Press reported that the Ploughshares Fund, “a group the White House recently identified as a key surrogate in selling the Iran nuclear deal,” gave National Public Radio $100,000 last year to help it report on...the Iran nuclear deal.

In his boasting profile in The New York Times Magazine, White House aide Ben Rhodes explained “We created an echo chamber....We had test drives to know who was going to be able to carry our message effectively, and how to use outside groups like Ploughshares, the Iran Project and whomever else.”

This is not a neutral group: their president, Joe Cirincione, previously worked for the liberal Center for American Progress, and the board includes Bush-hating Valerie Plame, no one’s idea of a nonpartisan. Cirincione boasted explicitly in their annual report that their “high-impact grantmaking” created “the conditions necessary for supporters of the Iran agreement to beat the political odds.”

Their money comes in part from other large left-wing funders of NPR. Their 2015 annual reports lists more than $100,000 in funding from George Soros and his “Open Society” funds, as well as the John D. and Catherine T. MacArthur Foundation, whose NPR underwriting announcements proclaim they are “committed to building a more just, verdant, and peaceful world.”

There is no transparency. Representatives of the Ploughshares Fund appeared twice on the NPR evening newscast All Things Considered over the last year and a half, and neither came with a disclosure of their NPR grants. In 2012 on the show Talk of the Nation, host Neal Conan offered a disclosure: “We begin with Joe Cirincione, now president of the Ploughshares Fund, an advocacy group that has underwritten NPR programs in the past.” (As if the grants stopped?)

NPR also interviewed pundits from other groups that received Ploughshares money (without disclosure). Their 2016 annual report highlighting “selected radio interviews” on the Iran nuclear deal mentions three interviews, all of them on NPR – a representative of the National Iranian-American Council on The Diane Rehm Show, an analyst with MIT’s Security Studies Program on Here and Now, and a lobbyist for J Street on All Things Considered. 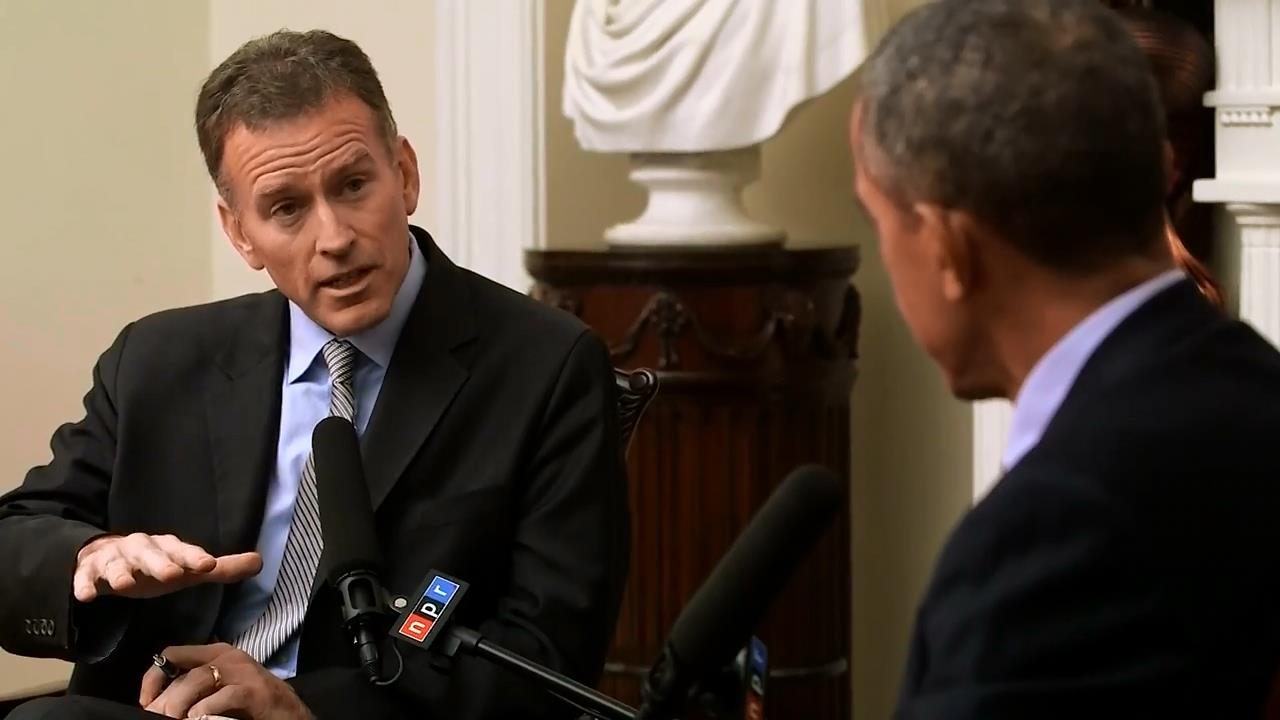 The most high-profile display of NPR’s Iran-deal support came in an August 2015 interview NPR Morning Edition anchor Steve Inskeep offered President Obama. It was more of a narration than an interview. “The president says his critics are ignoring the idea that it's good to buy time,” he robotically announced. “It would be more honest, the president contends, if his critics simply admit they don't favor any diplomacy with such a hostile nation.”

The only argument NPR can make about its own “independence” from Ploughshares winning on the Iran deal with its “high-impact grantmaking” to supposedly objective media outlets is that their liberal tilt toward Iran was always guaranteed. Therefore NPR's millions in left-wing foundation money is a gift to their natural allies, with no need for a special request for favoritism. It's already baked into the vegan cake.