Sean Penn has long been the poster boy for the Hollywood Left, another one of those overpaid dilettantes who constantly berate the country that’s given him international fame and incredible wealth. Penn’s loathing of Yankee imperialism is so intense that he thinks America is “over-demonizing” a Mexican drug kingpin that Forbes magazine estimates is responsible for the deaths of 34,000 people – mostly Mexicans.

In an act of sheer self-promotion, Penn exploited an acting connection to gain an audience with notorious drug lord Joaquin “El Chapo” Guzman, fresh from a prison escape. Instead of asking this man how he could butcher so many thousands of men, women and children, he asked him to condemn the American “war on drugs.” This meeting and fawning interview resulted in Penn writing a rambling mess of over 9,000 words in Rolling Stone magazine – after Penn and the magazine agreed to let the mass murderer read and approve the article before publication. 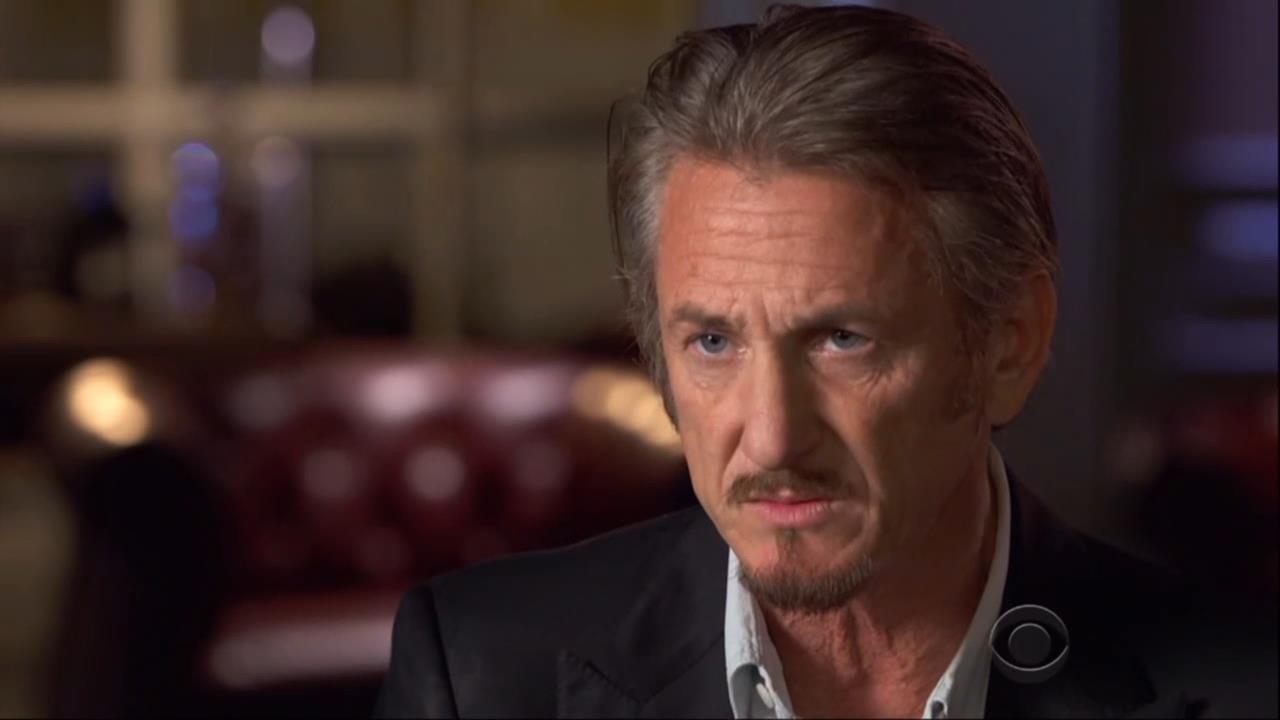 In an amazing display of arrogance on 60 Minutes, Penn declared he was far, far above the everyday journalist: “I don’t have to be the one that reports on the alleged murders or the amount of narcotics that are brought in. I go and I spend time in the company of another human being, which everyone is.”

“The alleged murders.” This is not a journalist. This man is either blind, or an idiot, or both. There should be laws banning him from using PCs.

After this Rolling Stone mess, he somehow blamed the real reporters, the ones who have stood over the bodies decimated by El Chapo: “I’m really sad about the state of journalism in our country. It has been an incredible hypocrisy and an incredible lesson in just how much they don`t know and how disserved we are.”

Like many leftists, Penn thinks that journalism is just supposed to serve the Revolution, and since the Revolution has not arrived, the press stinks.  Penn thinks the American people are uninformed sheep, unlike the man who visits El Chapo and sees an alleged murderer. Penn’s heart bleeds for all the wrong people.

When it comes to drugs, Penn told Charlie Rose “I feel complicit in the suffering that is going on, because I’m not thinking about it every day. I’m not watching these laws that are showing no progression, these rehabilitations that are not happening. So I’m looking the other way. I find that equally complicit with murders in Juarez.”

Rose replied “You think we demonize El Chapo too much?”

Penn agreed: “To over-demonize any human being is not in our best self interest. Like it or not, we’re married to them. They’re of our time. They’re affecting us. So like a marriage, you-- you know, you might want a divorce....You've got to look at this person as a person.”

Would he say the same of Adolf Hitler?

This is such drivel. In 2007, on one of his fawning visits to Hugo Chavez, Penn enjoyed hearing Chavez read a letter he wrote condemning George W. Bush,  Dick Cheney, and  Condi Rice as "villainously and criminally obscene people." They were apparently never “over-demonized.”

When it comes to his heroes, Penn the “journalist” isn’t a fan of freedom of speech. In 2010, Penn wanted the “mainstream media” jailed for suggesting Venezuelan strongman Hugo Chavez was a dictator. “There should be a bar by which one goes to prison for these kinds of lies."

Penn’s performance on CBS was so embarrassing that Rose was trying not merely to interview him, but shake him from his fever. “You’re not naive,” he said to Penn, trying to make him realize that he sounded like the foil and publicist for the head of a violent drug cartel.

No, Penn’s not naive. He’s intoxicated by his own very bizarre radicalism.