As night fell on Christmas Eve, National Public Radio was in its usual holy-day mode, using your tax dollars to mock the traditional Christian creed. This time they promoted an activist movie called The Danish Girl, yet another alleged “true story” about artist Einar Wegener, a married man who wanted to be a woman named Lili. An earlier NPR commercial – sorry, “underwriting announcement” – said he was the first recipient of “gender confirmation surgery.”

Paging Mr. Orwell – it’s NPR on line 1. Focus Features – part of the Comcast “diversity and inclusion” empire of propaganda – is calling this maiming of the male body “gender confirmation surgery.” 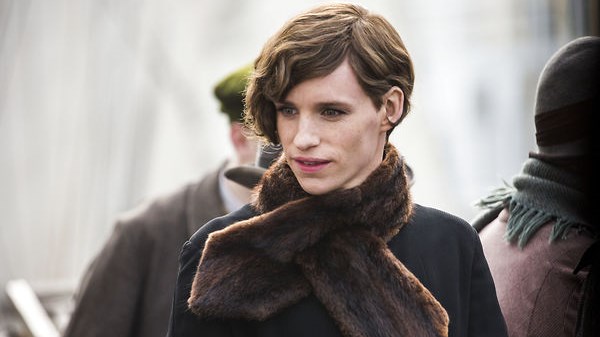 As Einar/Lili, Oscar-winning actor Eddie Redmayne proclaims before amputation,  “God made me a woman. The doctor is curing me of the sickness that was my disguise.” It’s just another LGBT heresy, carefully placed under your pine tree at the NPR holiday party.

God did not do this; it is man attempting to undo what God created. But let's continue.

Openly gay NPR All Things Considered anchor Ari Shapiro asked Redmayne: “Just in the last year or two, trans awareness in America has exploded, whether it's Laverne Cox on the cover of Time magazine, Jeffrey Tambor winning awards for his performance in Transparent and on and on and on. Do you think the world reacts differently to this film because of the awareness that has grown so much recently?”

Redmayne replied “I hope so, because the education that I had in the three or four years of preparing, I feel like is now entering the mainstream media. And the world is being educated. And what is astounding is some of the, you know, the discrimination or the violence that Lili lived through is still so rife across the world, I mean, particularly, sort of job -- you can be fired in 32 states for being trans."

The world is being “educated” by Hollywood and the “mainstream media.” Redmayne proclaimed to be so affected by playing the gender-confused man: “When you, as an actor, meet people and people share their experience, one also feels a sense of responsibility. And certainly, I've been trying to learn to be an ally to the community in any way that I can.”

This is just one day’s example of how flagrantly NPR mocks the name of its show All Things Considered. No one is allowed to rebut Redmayne’s Christmas Eve “trans ally” sermonizing with facts or, even worse, Christian teaching.

Despite Focus Features advertising this film as a “true story” and a “true love story,” it’s based on a novel, not on real life. Einar Wegener and his wife Gerda’s “love story” crumbled. Gerda was not even present during Einar’s last operation and death, but was living in Italy with her second husband, Fernando Porta.

In a 1933 book that’s listed as an inspiration for the movie, Man Into Woman: The First Sex Change Operation, it’s reported that Einar was so twisted that he believed that with the transplant of  the ovaries of a woman in her twenties, he had become young again  (“an age that corresponds to my physical development as a woman”). He was so infatuated with the surgeon who killed him in an attempted uterus transplant that he asked if the operations could be under local anesthesia so he could watch him at work.

All that madness is submerged for the radical politics. The movie’s final credits proclaim that Einar’s “bravery and pioneering spirit remains an inspiration for today’s trangender movement.”

The only disturbance to this progressive force, naturally, is the radicals hate it. A “cisgender male” plays the “transgender icon,” so it’s never quite progressive enough. But for the media elites trying to propel a “movement,” it’s quite good enough.  Are the Golden Globes and Oscars for building “awareness” coming next?