Barack Obama wanted 15 minutes of air time on Sunday night, the most heavily watched night of the week, to speak to the nation about the San Bernardino shooting. It was appropriate for the president to request it, and for the networks to grant it, but everyone knew he would say nothing new of substance because on the matter of Islamic terrorism, he never does.

And he didn’t. And in so not doing, he wowed the press again. 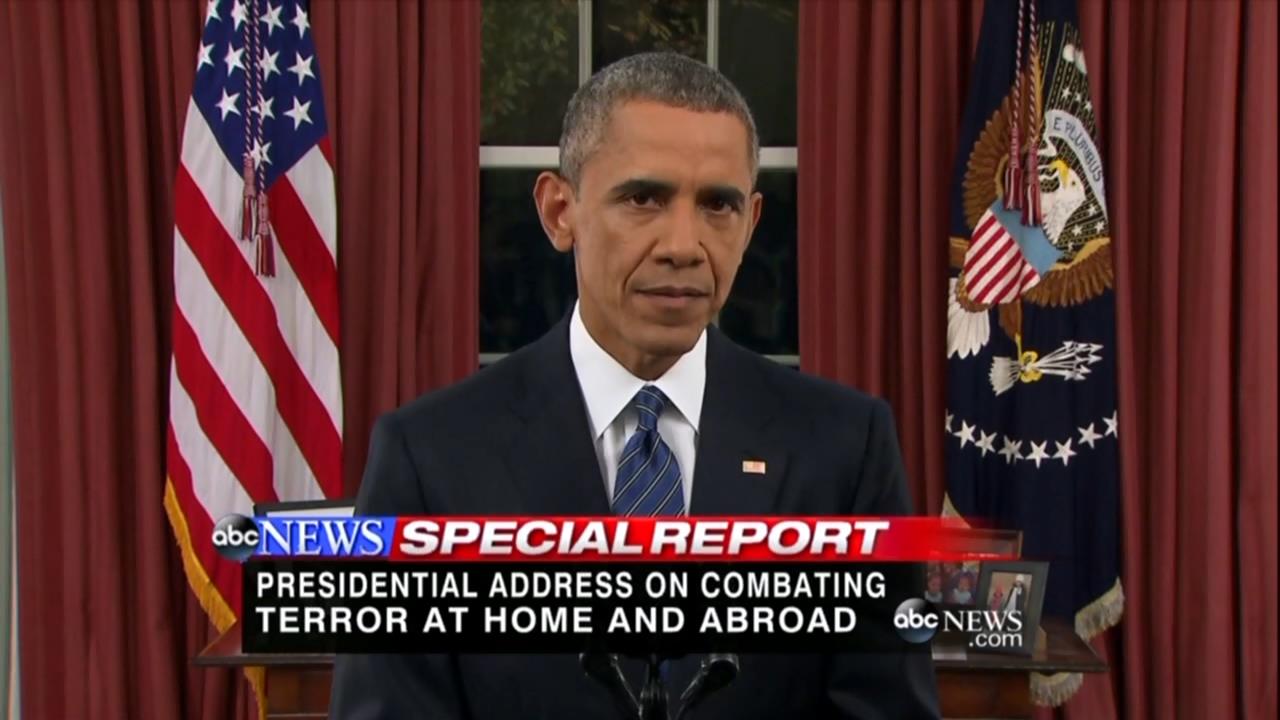 The stenographers underlined his good intentions. On ABC, Clinton-donating George Stephanopoulos summarized: “A stern and direct President Obama, laying out what he called a strong and smart strategy to deal with the terrorist threat that has evolved here in the United States.” On PBS, anchor Gwen Ifill said “I was struck when the President said we will destroy the Islamic State. He said we will prevail by being strong and smart.”

No one in these slavish studios would dare to suggest that events from Paris to San Bernardino had exposed Obama as hapless and weak. Or that more speeches weren’t going to fix it, especially when he offers no new initiative to change a failed policy.

Go back about eight years, when President Bush asked for a prime-time address on September 13, 2007 to address the status of the surge of troops in Iraq. Here’s what NBC morning host Meredith Vieira asked future Obama defense secretary Chuck Hagel, then a Republican of sorts: “Senator, good morning to you. Let me ask you right out of the bat — when the President speaks about Iraq tonight, do you believe that he will have any credibility?”

That was mild for its time. MSNBC’s top “talent” Keith Olbermann at that point was suggesting Bush was either a “pathological presidential liar” or an “idiot-in-chief.”

After Bush’s 2007 address, there came a five-minute Democrat response from Sen. Jack Reed of Rhode Island. Did anyone at the networks line up a Republican response to Obama for Sunday night? No one even considered it, apparently – despite the fact that Obama predictably went political and blamed the GOP majority in Congress for failing to pass enough gun control.

President Obama is also losing on his proposal to admit 10,000 Syrian refugees into the United States. In his speech, he declared “it is the responsibility of all Americans -- of every faith -- to reject discrimination.  It is our responsibility to reject religious tests on who we admit into this country.”

Couldn’t anyone in the press find the irony here? Under President Obama, the State Department reports that out of 2,184 Syrian refugees admitted into the U.S. since the Syrian civil war erupted in 2011, only 53 (2.4 percent) have been Christians while 2,098 (or 96 percent) have been Muslims. Since the Paris terror attacks on November 13, the State Department has admitted 237 Syrian refugees – 236 Sunni Muslims and one Christian (0.4 percent).

The latest Investor’s Business Daily/TIPP poll showed that 60 percent of the country believes allowing Syrian refugees into America is a threat to our national security. By 56 to 39 percent, they oppose admitting 10,000 Syrian refugees, and 56 percent are not confident in the U.S. government’s vetting process. (See the “vetting” of San Bernardino killer Tashfeen Malik.)

The Obama administration is dreadfully incompetent and this president is seriously out of touch. The networks have some propaganda to make, so they’re airing stories of sympathetic Syrian refugees now living in America, and proclaiming how much they love it – take that, you racist, Islamophobic Republicans who would dare to put the flow of these patriotic refugees on hold.