Bozell Column: The Youth Double Standard of Obama vs. Dubya 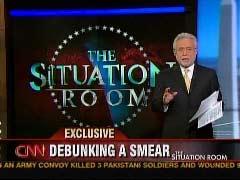 Hillary has to be nervous. At this juncture in the campaign, she’s being edged out in the Goo Primary. Her natural allies in the media suddenly are more adulatory toward Barack Obama – and more defensive of anyone who would dare question his exotic biography.

Insight magazine, a long-standing publication of The Washington Times Company, published a gossipy item with anonymous “Democratic Party” sources (they claimed some of them came from Hillary’s camp) that Obama had attended a madrassa, a radical Islamic school, in Indonesia as a child. The story was unproven, and should not have been published in its sorry condition.

The most obvious media outlet coming to the rescue was CNN, which now might be the Obama News Network, and not just the Clinton News Network. “DEBUNKING A SMEAR,” screamed the headline on CNN. Reporter John Vause reported from the scene in Indonesia that Obama was actually schooled in a state-run school that touched on religion only once a week “in one of the wealthiest neighborhoods in Jakarta.”

Wolf Blitzer repeatedly described CNN as doing “serious journalism,” and that “CNN did what any serious news organization is supposed to do in this kind of a situation. We actually conducted an exclusive firsthand investigation.” Further to the point, CNN president Jon Klein milked the issue to savage the competition, telling the New York Times it was irresponsible for Fox News to mention the Insight tale “without bothering to — or being able to — ascertain the facts.”

Earth to CNN: Facts are important, but you might want to save the lecturing for someone who didn’t hire Peter Arnett to shovel Saddam’s horse manure on your airwaves. Or outrageously aired a “news documentary” that falsely accused America of gassing its own soldiers in Laos. Factually challenged smears? CNN has a record unchallenged on cable.

But Obama ought to thank his lucky liberal stars that he’s not a Republican. This is not the standard the media had for George W. Bush in 1999, when the entire liberal media ran in a pack suggesting Bush was a cokehead.

How did CNN, that oasis of “serious journalism” that always attacks a story facts first, approach the Bush-cocaine flap in August of 1999? First, in early August, they teased the reader with talk of “rumors” about Bush on “Larry King Live.” Then it surfaced on several weekends as rumor-floating on “The Capital Gang,” and as a media ethics discussion on “Reliable Sources.”

How low could it go? On its old all-female chat show “CNN & Company,” Chicago Tribune reporter Ellen Warren upped the ante, speculating that Bush was into heroin, not just cocaine: “No, the questions aren't going to go away. And if George Bush used cocaine or mainlined heroin, somebody did it with him, somebody saw it, and reporters will find out about it.”

CNN not only presented and fed the rumors, it then accused others of having done it. Blitzer reported that while Democrats were “not going to out and start making those kinds of accusations” of cocaine use directly, they're happy “that at least some of the Republicans on the far right, some of the more right-wing Republicans, are doing in effect their work for them.” He said this without giggling.

But the richest irony in the contrast is this: Obama has admitted in his biography to using cocaine in high school and college. CNN doesn’t care. While they scour the globe to rebut madrassa stories, they’re not asking him about this settled truth. Serious journalism, indeed.