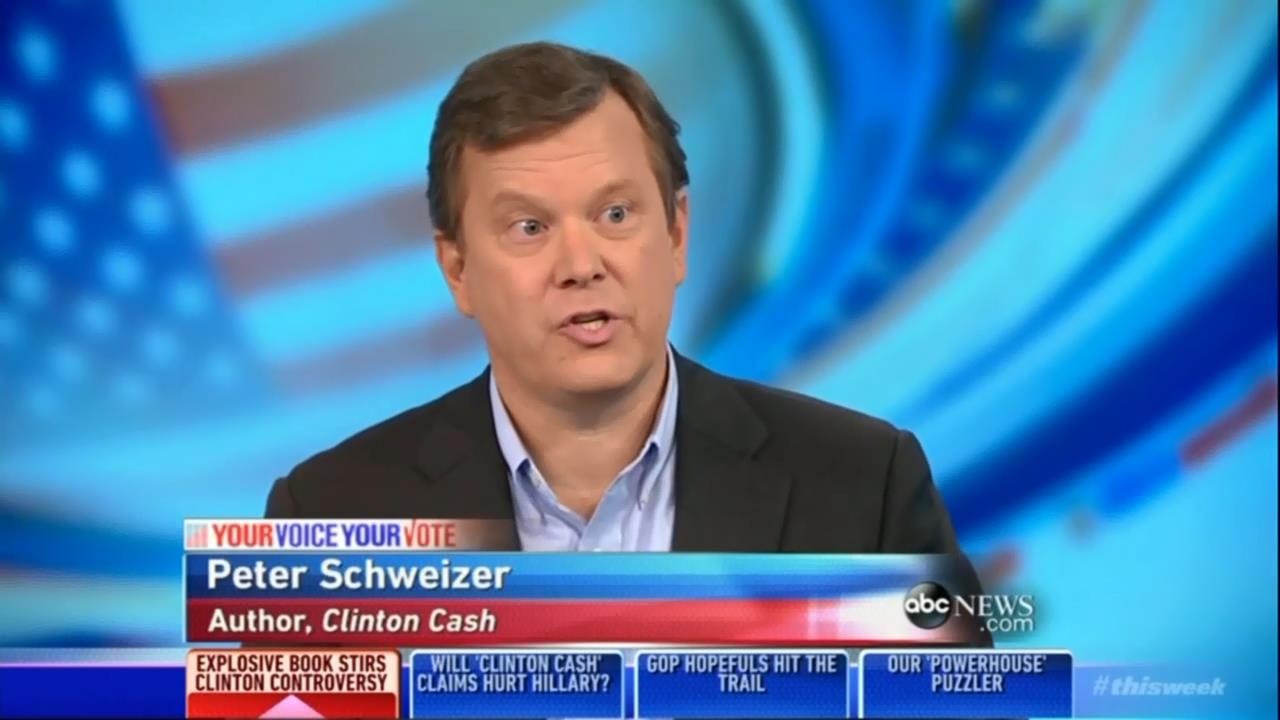 In his April 26, 2015 This Week interview with Peter Schweizer, author of Clinton Cash: The Untold Story of How and Why Foreign Governments and Businesses Helped Make Bill and Hillary Rich, ABC’s George Stephanopoulos acted as if he was Hillary’s Clinton’s defense lawyer cross-examining an adverse witness as he repeatedly interrupted and argued with Schweizer.

Now we know, thanks to WikiLeaks, what many long suspected: ABC’s lead anchor was very possibly working off talking points provided by Hillary for America. At least a Clinton campaign staffer boasted Stephanopoulos “refuted” Schweizer “mostly based on our work.”

Without irony, during the 2015 TV spot, Stephanopoulos tried to discredit Schweizer: “The Democrats have said this is indication of your partisan interest.”

(The video below illustrates Stephanopoulos’ aggressive stance toward Schweizer in the segment which garnered Stephanopoulos five out of five screams as that week’s Mainstream Media Scream for the Washington Examiner.)

Washington Times reporter Douglas Ernst caught the e-mails in one of the WikiLeaks disclosures, quoting Jesse Ferguson of the Hillary Clinton presidential campaign’s press office: “Great work everyone. This interview is perfect. He lands nothing and everything is refuted (mostly based on our work).”

His article also quoted the satisfaction of Jennifer Palmieri, Clinton’s communications director: “This is amazing. A pleasure to read.”

Ernst recalled: “This Week moderator George Stephanopoulos was criticized in April 2015 for not disclosing ties to the Clinton Foundation before a contentious interview with Clinton Cash author Peter Schweizer. Mr. Stephanopoulos apologized for not mentioning his $75,000 in CGI donations, but WikiLeaks’ latest hacked emails indicate there was collusion behind the scenes.”

“Not to pile on, but this is therapeutic to watch,” added Nick Merrill, Mrs. Clinton’s campaign press secretary. “George is cool as a cucumber, doesn’t rush into it, but just destroys him slowly but surely over the course of the interview.”

UPDATE, via hat tip from @RichNoyes: On the Wednesday, October 12 Lou Dobbs Tonight on FBN, Schweizer had reported e-mails revealed the coordinated effort to undermine him and his book:

The six-part video toward the top of this post shows these demands from Stephanopoulos to Schweizer in the 2015 session: 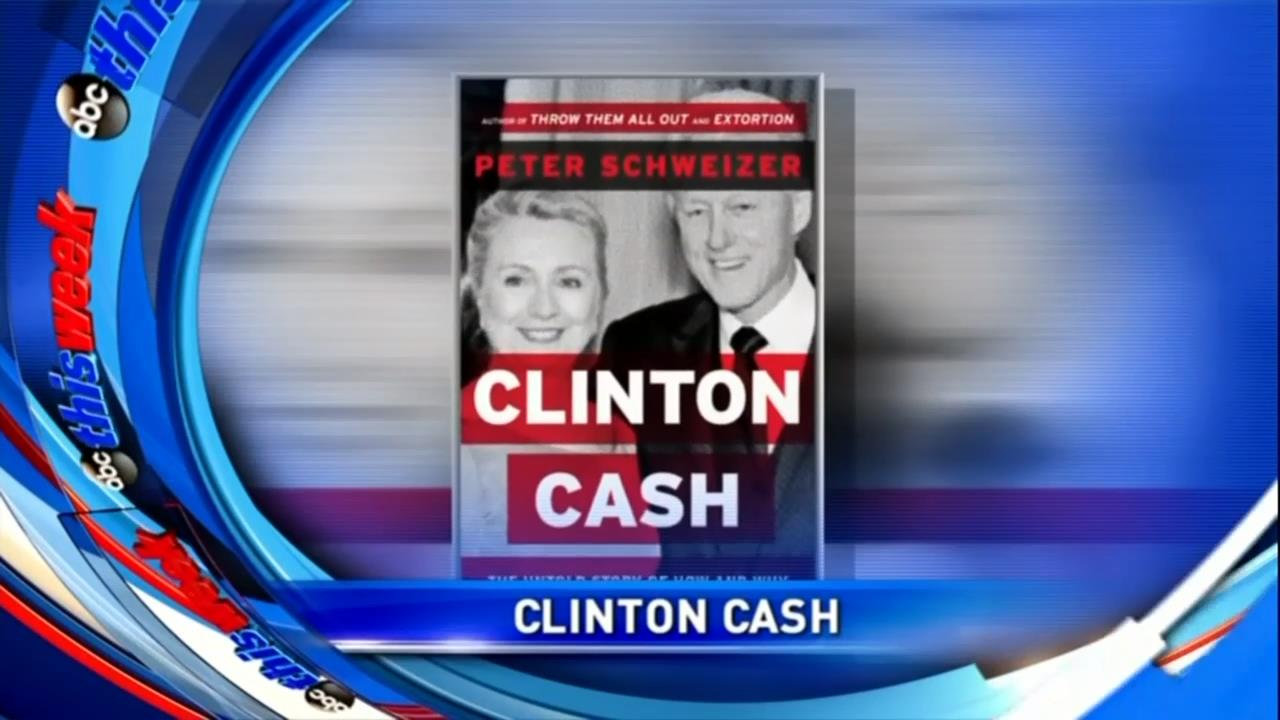 But you take it pretty far. You take it far and write the pattern is troubling enough to warrant further investigation by law enforcement officers. Do you have any evidence that a crime may have been committed?

As you know, the Clinton campaign says you haven’t produced a shred of evidence that there was any official action as Secretary that supported the interest of donors. We’ve done investigative work here at ABC News, found no proof of any kind of direct action. And an independent government ethics expert, Bill Allison at the Sunlight Foundation, wrote this. He said: ‘There's no smoking gun. No evidence that the changed policy based on donations to the foundation.’ ‘No smoking gun.’ Is there a smoking gun?

Beyond that, this deal was approved by a board of the government called the [Committee on Foreign Investment in the United States] board that is actually chaired by the Secretary of Treasury, not the Secretary of State. Eight other agencies on board, the Secretary of State, Homeland Security, Defense, Commerce, Energy, the Nuclear Regulatory Commission signed off on it. And even though the State Department was one of nine agencies to sign off on it, there’s no evidence at all that Hillary Clinton got directly involved in this decision. 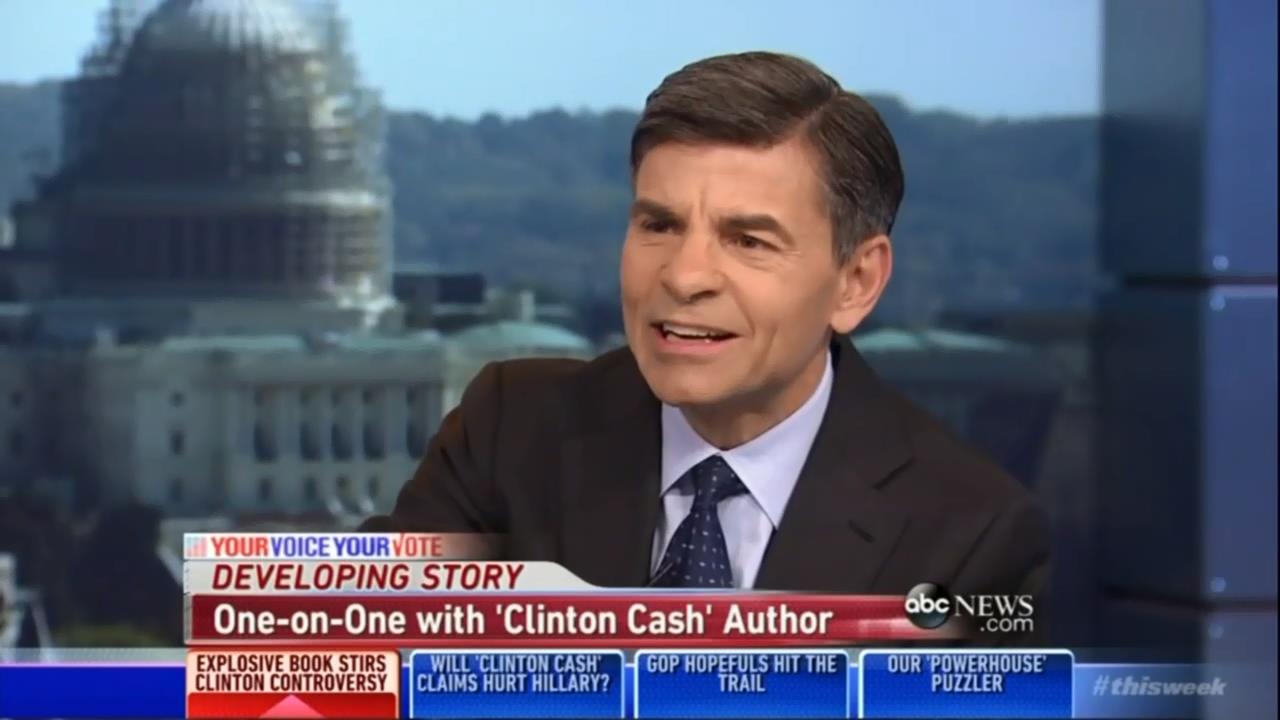 But, wait a second. There were nine different agencies that approved it. Doesn’t that suggest that that was because there was no national security concern, not because of some nefarious influence on Hillary Clinton?

But the Assistant Secretary of State who sat on the committee said she never intervened on any CFIUS issue at all.

As you know, the Democrats have said this is indication of your partisan interest. They say you used to work for President Bush as a speechwriter. You are funded by the Koch brothers. How do you respond to that?

My take at the time in explaining the Mainstream Media Scream selection: “It sure must be nice to be a liberal when your bad behavior is exposed. Since it’s so easy for your aides to move into jobs in the mainstream news media, they can serve as your advocates and use their journalistic platform to discredit your critics — a piece of ammunition your opponents to the right will never have.”

For all the Mainstream Media Screams, as posted on NewsBusters.

(Hat tip to James Taranto in his October 13 “Best of the Web Today” for WSJ.com)