PBS's Judy Woodruff to Pence: 'How Many Lives Were Lost' Because of Trump's 'Delay'?

There's a reason why Donald Trump hasn't granted an interview to PBS since he announced his run for president in 2015. That reason -- it's Democrat territory -- came out in a contentious PBS NewsHour interview on Friday with Vice President Mike Pence. It's nothing like the softness Woodruff has offered Hillary Clinton. Or Joe Biden. Or Adam Schiff. Woodruff asked Pence "How many lives do you believe were lost as a result of the delay by this administration?"

As Woodruff set up her question, she made it sound like the U.S. has handled the pandemic more poorly than other major countries in Europe. She began: "We have been looking ahead, but I also would say it's important to look for a moment at how we got here. The United States today has more coronavirus cases than the major countries in Europe combined -- more deaths than anywhere."

It is also noteworthy that Woodruff started by comparing the total number of confirmed infections of all the major countries in Europe combined to those in the U.S. when it made that number sound comparatively large in the U.S., but then, when it came to deaths, she switched to comparing the U.S. to individual European countries since, when taken together, there have been more coronavirus-linked deaths in Europe than in the U.S. so far.

Woodruff then continued her question by suggesting that President Trump is to blame for more lives being lost because he ignored warnings about the virus: 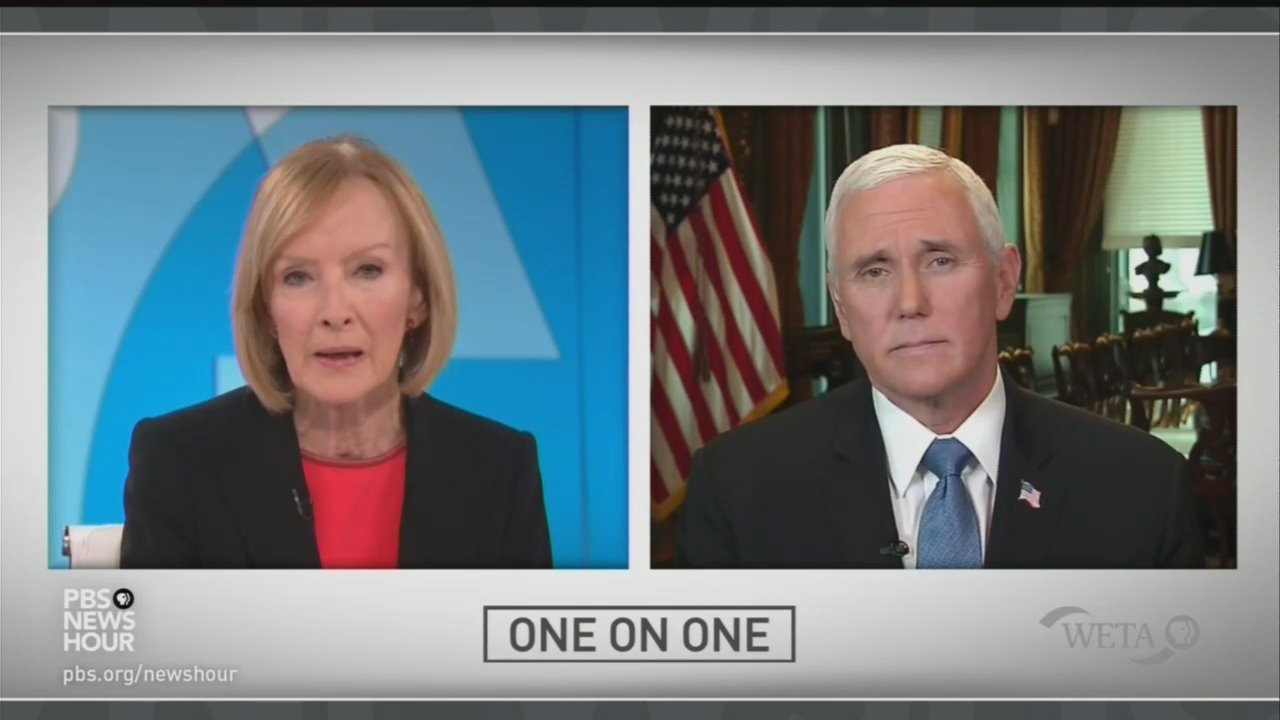 JUDY WOODRUFF:  In January, as you know, Mr. Vice President, there were pervasive warnings from the intelligence community here -- top administration officials. There were mistakes made, no question about it, in China. There were delays at the World Health Organization.

But the President did stop travel to the U.S. January 30, but for days and even weeks after that, he said the U.S. is in a good place. He said -- he assured Americans everything is okay. How many lives do you believe were lost as a result of the delay by this administration?

It is noteworthy that, the morning after this interview, a Washington Post article shed some light on the mistakes made by the CDC that caused the development of testing to be delayed, and, in fact, is probably more to blame than anything for a delayed response since it was difficult to measure how much infection there was in the U.S.

Dr. Anthony Fauci has also notably asserted in the past that these problems at the CDC would have happened no matter who the President had been at the time.

In his response, the Vice President correctly pointed out "the mortality rate in the United States today is — is far less than half of that in Europe."

I want to quote to you what a nurse at a New York hospital told us on the "NewsHour" last night. Her name is Maria Lobifaro. She's an ICU nurse. She said: "I have worked on a weekend where we were reusing the same gown from nurse to nurse, the same protective gown." She said: "When my shift finished, I had to pass that gown on to the next nurse."

She talked about seeing pictures of nurses in other countries overseas who were protected — protected by something that looked like a spacesuit.

What do you say to individuals like Ms. Lobifaro who want to know why the federal government hasn't done something to order that this kind of gear, masks and testing be done?