On Tuesday's CNN Tonight, during a discussion of whether conservative FNC host Sean Hannity should have divulged earlier that he has an association with Donald Trump attorney Michael Cohen, there seemed to be unanimous agreement that Fox News is "not news."

Hoover -- who noted that she used to be a Fox News contributor -- picked up on an interview between Hannity and Ted Koppel in which the FNC host argued that he is more an "opinion" person than a "news" journalist, as she argued that "he doesn't claim to be a news person or a journalist."

She added that "his base and his audience are not upset that they didn't get that disclaimer" because "they're all part of the same team."

After Brinkley brought up the issue of whether Fox News advertisers would hold it against Hannity that he did not disclose his link to Cohen, Hoover countered, "If you just assume it's opinion/editorial, then what is the purpose of the disclosure?" 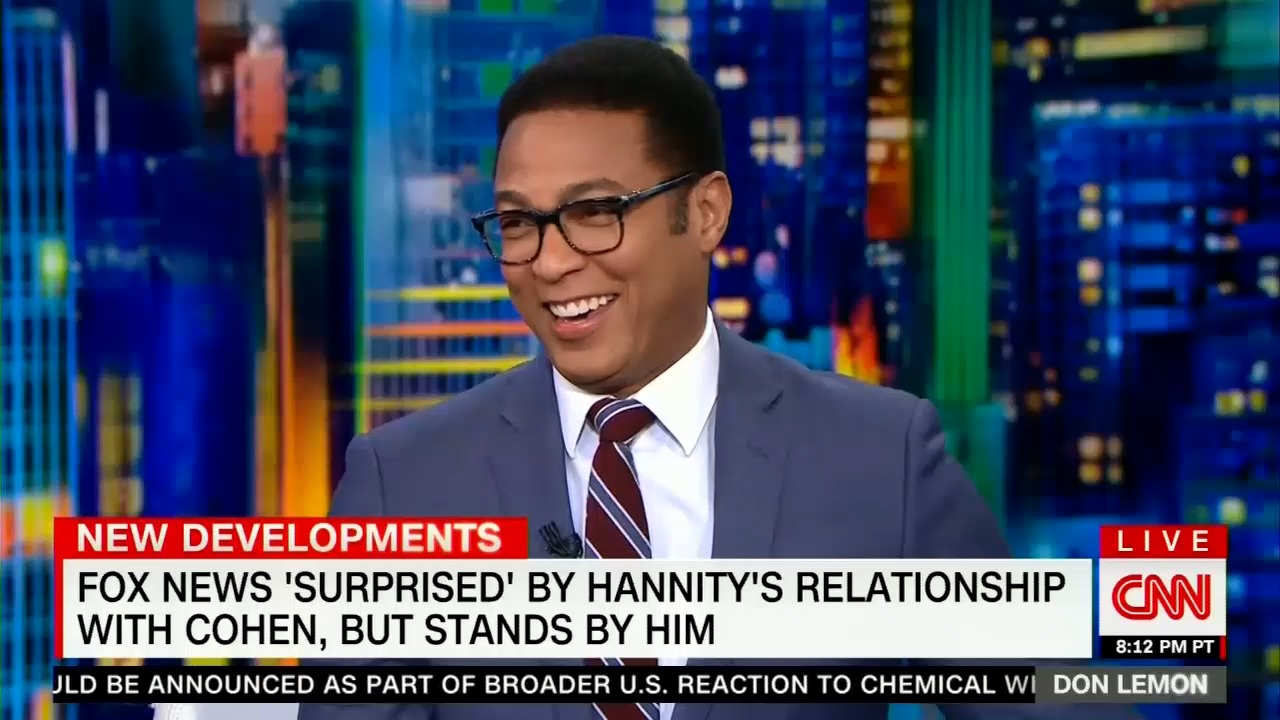 Lemon asked, "Don't you think he blurs the line all the time?" and then brought up other conservative FNC hosts like Tucker Carlson, with Lemon having difficulty remembering the primetime lineup of his FNC competitors, Hoover reiterated that "they are opinion/editorial, and they pretend like it's a news show, but they're giving their opinion, okay?"

Avlon -- who also happens to be Hoover's husband -- took a shot at Fox and Friends as he injected: "Fox and Friends is an opinion show, and the President seems to trust it more than he does his own intelligence briefing."

Hoover seemed to suggest that perhaps all Fox News shows should not be considered "news" as she conceded: "We're not going to win the debate about whether Fox News is news. I think we all agree, Fox News is not news. But the point is, if you accepted the premise that it's not news, what's the point of disclosing?"

Lemon was then amused that his one guest who had been defending Hannity was arguing that Fox News is not really "news" as he closed the segment: "I got to go, but I love that saying that something is named 'news' is not news. It's not called 'Fox Opinion.' It's not called 'Fox Entertainment.' It's called 'Fox News.'"

No one addressed whether the show they were on or any number of other CNN shows that depend heavily on biased political commentators to fill time by holding panel discussions throwing around their personal opinions, making predictions and speculating about stories in the news should actually be considered "news" shows but "opinion" shows instead.