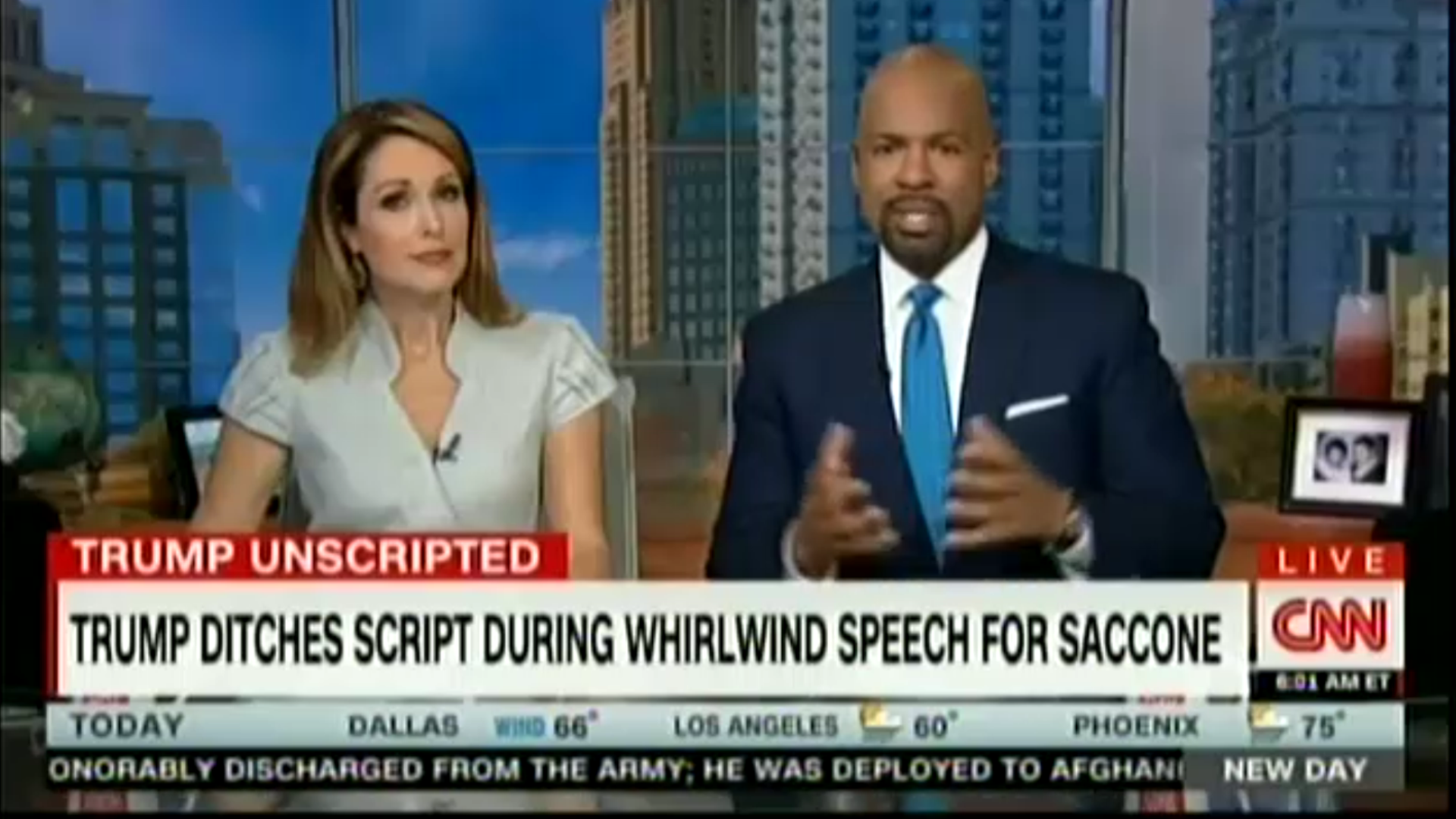 On New Day Sunday, CNN viewers finally saw the recent controversy over Nation of Islam leader Louis Farrakhan's ties to Democrats at least mentioned by someone other than Jake Tapper during a discussion of former Donald Trump advisor Steve Bannon's speech to a right-wing political group in France.

But -- in spite of the incendiary and blatantly racist nature of some of Farrakhan's comments, some of which have been very recent -- co-host Victor Blackwell suggested that it was more important to give attention to Bannon's speech than that of Farrakhan.

During a segment with CNN political commentator Errol Louis and the Washington Examiner's Siraj Hashmi, Blackwell introduced a clip of Bannon's speech which CNN has been fixated on this weekend in which he alluded to liberals making phony accusations of being "racist" against conservatives. Blackwell asked Hashmi for his reaction.

During his response, Hashmi argued that "we can't ignore the fact that there's extremism on both sides of the aisle," and added that "we have to make sure there's a line of consistency that when we see particular individuals who are espousing racist and extremist views, we have to be on our toes and denounce them."

As Blackwell reacted, he began by conceding, "That's an important point, and I think we should have that conversation," but then added, "but I don't know that any President has invited Louis Farrakhan into the White House to be his chief strategist, but I hear your point."

Hashmi brought up former President Barack Obama's connections to Farrakhan as he replied: "Barack Obama was pictured with him in 2005 when he was a Senator and not only revealed -- was resurfaced in the last few weeks."

It is also noteworthy that -- according to CNN's "K-File" team which typically digs up dirt on Republicans  -- DNC vice chair and Minnesota Rep. Keith Ellison's spokesperson recalled that Obama attended Farrakhan's Million Man March in 1995.

Reacting to Hashmi, Blackwell again suggested that it was more important to cover Bannon than Farrakhan as he concluded: "That's true. That is true. And questions and conversations we should certainly have, but Louis Farrakhan never had an office in the West Wing."