In the last couple of mornings, FNC's Fox and Friends has not surprisingly been spending substantially more time than CNN's New Day show discussing the death of a border patrol agent, Rogelio Martinez, and serious injury of his partner on the border in Southwest Texas.

On Wednesday, as Fox and Friends, New Day, and CBS This Morning all reported that a $25,000 reward is being offered by the FBI for information on the agent's death, FNC's morning show spent more than eight minutes on his death, along with discussions of the need for more border security, while CNN's primary morning show only spent about one and half minutes on the story as CNN's Alisyn Camerota asked a Republican congressman what he knew about the investigation.

On Tuesday, Fox and Friends coverage of the border agent's death and the border security issue had amounted to almost 13 minutes while CNN's New Day gave the story just over two minutes.

On Wednesday, CNN's Camerota got to the story at 8:23 a.m. ET as she spoke with New York Republican Rep. Dan Donovan. The CNN host posed:

I want to ask you about the deaths of these - well, the death of one of the border patrol agents, and the other one being so grievously injured. What do we know about what happened along the border there in Southwest Texas?

As the congressman recalled that the agent had "blunt-force trauma," the CNN host referred to a theory that he might have fallen to his death instead of being attacked as she followed up: "Could it have been from a fall? The blunt-force trauma?"

On Fox and Friends, at 7:11 a.m. ET, a brief ran which informed viewers of the reward. The FNC hosts then revisited the issue a few more times with guests Jessica Vaughan of the Center for Immigration Studies, conservative columnist Michelle Malkin, and David Bossie of Citizens United.

The FNC hosts were more dismissive of the theory that the border agents might have been injured from a fall instead of from a deliberate attack.

At 7:11 a.m. ET, near the beginning of the show, CBS This Morning ran a full report of two minutes, 21 seconds, updating viewers on the story as ABC's Good Morning America and NBC's Today did not follow up on reports from earlier in the week.

Below is a transcript of the relevant portion of the Wednesday, November 22, New Day on CNN: 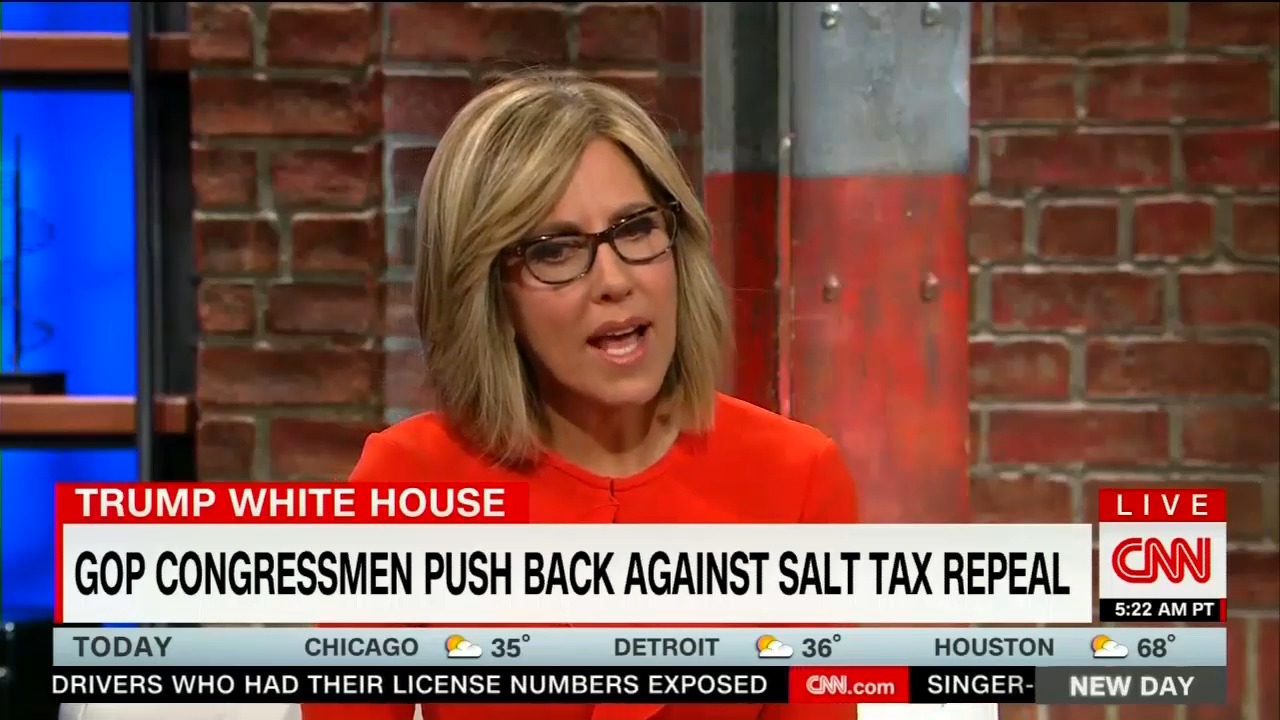 ALISYN CAMEROTA: I want to ask you about the deaths of these - well, the death of one of the border patrol agents, and the other one being so grievously injured. What do we know about what happened along the border there in Southwest Texas?

REP. DAN DONOVAN (R-NY): The FBI is investigating now. I was a prosecutor for 20 years -- I would let them do their investigation before reaching any conclusion, but it seems that there were no shots fires, that it was blunt-force trauma --

CAMEROTA: Could it have been from a fall? The blunt-force trauma?

REP. DAN DONOVAN (R-NY): You know, that's up for the medical examiner to determine, and the FBI to continue whatever the other evidence is at the crime scene, but one gentleman was killed, and one was severely injured. Just shows you how dangerous the border is, shows you -- I'm a supporter of border security -- I'm a supporter of the President on his plan to secure our borders, and it just shows you that we need more of these agents, more of these border patrols to protect themselves as well as they're trying to protect the country.

DONOVAN: Again, I was a prosecutor for 20 years. If I were leading that investigation, there's a lot of questions I would want answered, but there could be information that the FBI has already that hasn't become public yet. As they investigate that crime scene, they will pull whatever evidence they can find -- whether it's electronic evidence, physical evidence. I don't know if there's recordings, if these border control agents had communications between one another or the headquarters. All of this will be examined by the FBI before they reach a conclusion.