On Wednesday's New Day, Chris Cuomo was displaying his liberal bias over and over again during discussions of President Donald Trump's decision to end the DACA program. The CNN host's commentary ranged from accusing Trump of "feeding fear and anger," to trying to give cover to former President Barack Obama by declaring that "Obama did not invent 'Dreamers."

Eventually, one Republican guest did manage to get Cuomo to admit that "there's no question that it's been legally dubious from jump" before he still argued that "This is a moral argument, not just a legal one."

Shortly before 7:00 p.m., as Ohio Republican Rep. and Freedom Caucus member Jim Jordan appeared on the show, Cuomo at one point tried to shield Obama as he argued:

The reason that Obama -- Obama didn't create "Dreamers." He didn't even create the law. You guys -- and not you per se -- but Congress had been fighting over this since before 9/11. You couldn't get it done -- you wouldn't get it done. And, in fact, you got worse at it over time. That's how we got here. Now it seems like we're going to revisit the whole process.

At 7:15 a.m. ET, during another discussion segment, Cuomo complained:

This is about feeding something else. Let's just be honest what it's about. This feeds the fear and the anger of a part of his base. This "Dreamers" -- immigration is a metaphor for us versus them and what is America. 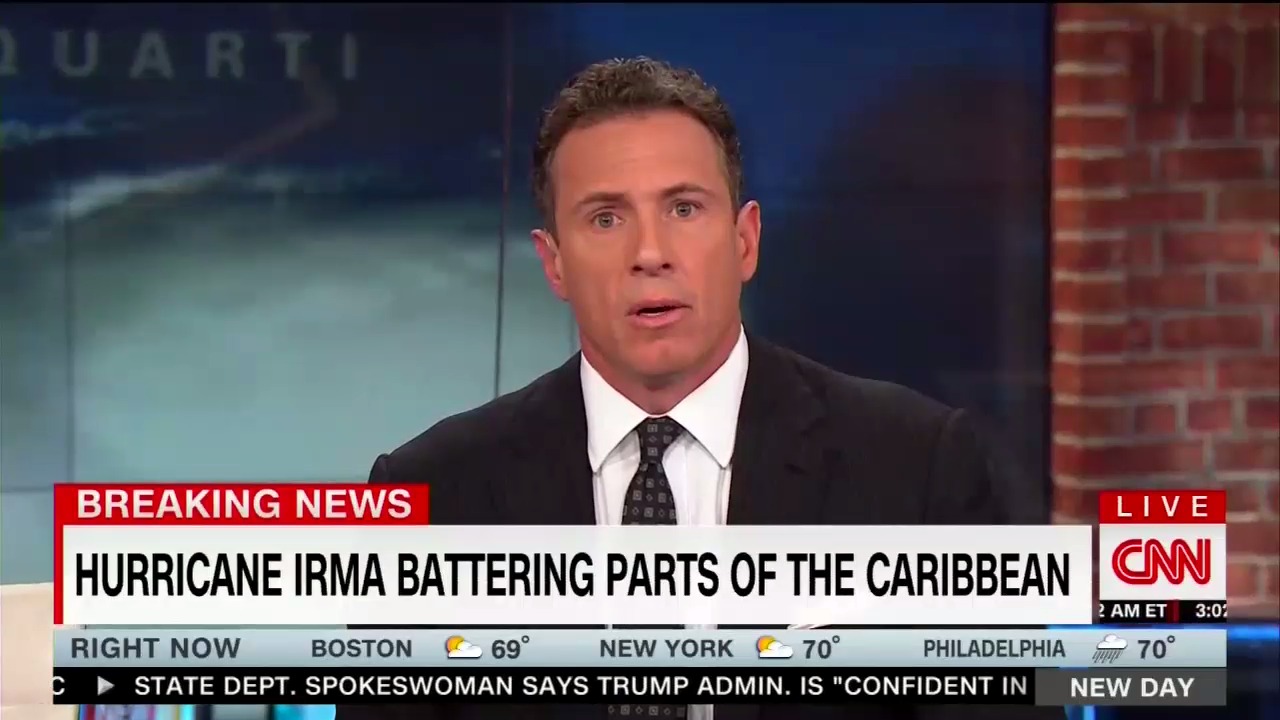 In his response, CNN political analyst David Gregory griped about "the conservative right" that supposedly "sprang up" around 2004 to 2005 and derailed President George W. Bush from passing a left-leaning amnesty bill for illegal immigrants as the CNN commentator asserted that Bush "had this issue right." Gregory:

You were talking to Jim Jordan. I mean, that is -- that is the conservative right that sprang up really in 2004, 2005, and that's what President Bush couldn't contend with. And I always maintained, President Bush, border governor of Texas, knew this issue, had this issue right, but the politics moved away from him

Moments later, liberal CNN political commentator and Daily Beast editor John Avlon found it "sinister" that young DACA beneficiaries might be deported in the near future:

And they are facing deportation after they gave their information and their addresses to the federal government. And, all of a sudden now, Jeff Sessions -- who was trotted yesterday, who is has been a long-standing hobby horse of his -- is in a position to weaponize that data and go after these "Dreamers" in a way that could be incredibly ugly in six months and is sinister.

Later in the hour at 7:43 a.m. as he reviewed the history of how DACA was developed, Cuomo again made a point of giving cover to Obama as he recounted that the plan was originally written by members of Congress in 2001:

DACA is not new, and Obama did not invent "Dreamers." I know you hear he did -- it isn't true. The DREAM Act -- Development, Relief, and Education for Alien Minors -- started life in 2001 before 9/11.

At about 8:20 a.m. ET, during a segment in which he debated Justice Department official Sarah Isgur Flores, Cuomo admitted that DACA was "legally dubious" after his guest recalled the Obama administration's history of being overruled by the courts:

SARAH ISGUR FLORES, JUSTICE DEPARTMENT PUBLIC AFFAIRS DIRECTOR: The last administration created this situation unfortunately. The pen and the phone doesn't work as we saw when they were unanimously reversed by the Supreme Court more than any other administration in history.

CUOMO: Right, look, there's no question that it's been legally dubious from jump -- nobody's going to argue with that in any compelling fashion -- at least not this morning -- but it's also about, "Well, what are you going to do for these people?" This is a moral argument, not just a legal one.