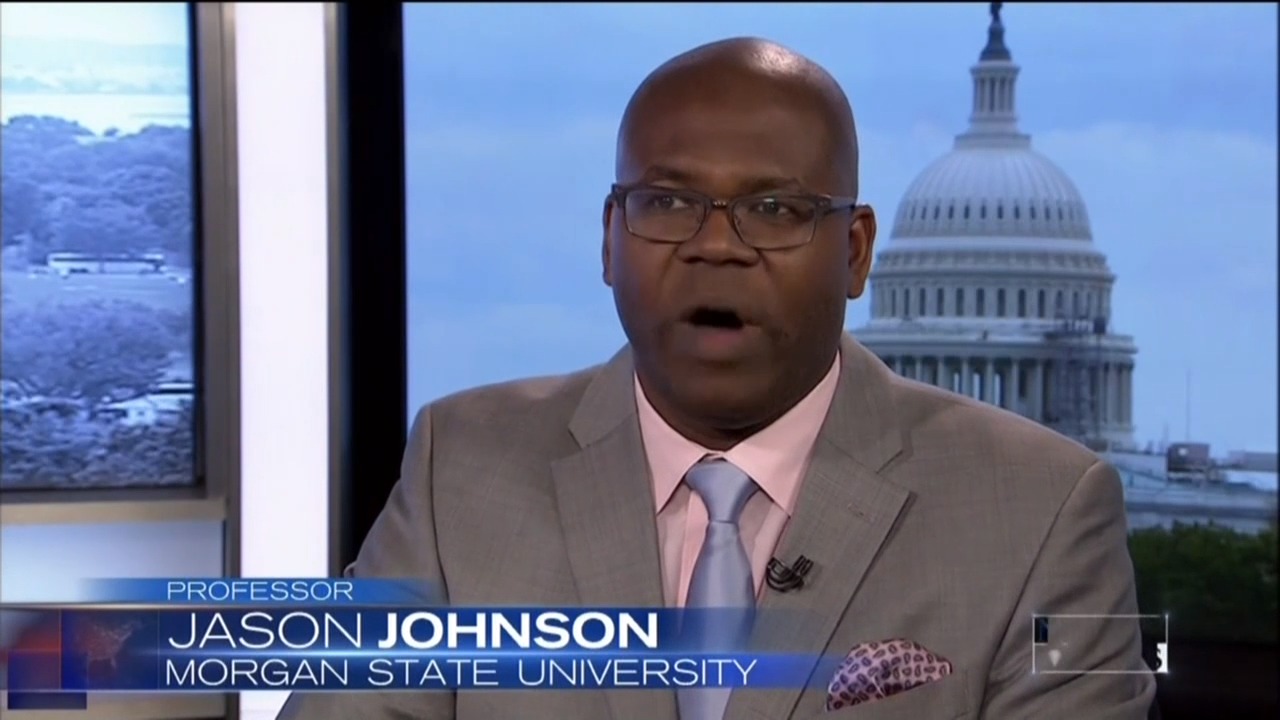 In his most recent article, The Root politics editor Jason Johnson -- a frequent guest on both CNN and MSNBC who does political analysis -- fretted the failure of black voters to deny re-election to the "whitesplaining, cop-coddling" white mayor of black majority Ferguson, Missouri. Johnson lamented that many black voters were willing to vote for white, instead of black, candidates, and he accused whites of voting for candidates who would "uphold white supremacy."

A few weeks ago, Johnson notably penned an article in which he freaked out over a white woman winning the Democratic primary in St. Louis over several black candidates in the black majority city. He provocatively noted that a political analyst derided the Democratic nominee as a "f***ing white woman."

He oddly never took the time to identify the political affiliation of the mayor, James K. Knowles, as being a Republican -- seeming to be more fixated on the mayor's white racial background -- as he derided Knowles as someone who engaged in "whitesplaining:"

On Tuesday night, James K. Knowles -- the inept, whitesplaining, cop-coddling, Mike Brown-denigrating mayor of Ferguson, Mo. -- was reelected. He beat out Ella Jones, a black woman and member of the City Council, by fewer than 600 votes. This is just a few weeks after Tishaura Jones, the city treasurer, lost her bid to be St. Louis mayor by a mere 888 votes.

Johnson then worried, "The results" were "disgraceful, inexcusable, and ultimately frightening." A bit later he identified Knowles as a "37-year-old white man," rather than identifying him by party affiliation.

He fretted about the willingness of blacks to vote for white candidates like Knowles, adding:

What's worse is that given the disproportionate number of African-American voters in Ferguson, even if every white person voted for James Knowles, he still probably got about 40 percent of the black vote in order to win.

Johnson then took aim at white Democrats whom he accused of being in "collusion" with Republicans:

Years of collusion between white Democrats and Republicans, gerrymandering, voter suppression, and inept black leadership have baked a humble pie of passive black voters in and around St. Louis.

His demonization of Mayor Knowles continued as Johnson lectured blacks for not voting him out of office:

If you have to be inspired to vote against a mayor who twiddled his thumbs while Mike Brown's dead body lay in the street for hours, maybe you don't really deserve justice.

He then accused white voters of voting to preserve "white supremacy:"

This isn't about strategy. This isn't about white voters playing chess while black folks play checkers. This is more primal. White Americans have shown, locally, statewide and nationally, they will vote for a white candidate even against their own material self-interest, so long as that candidate shows a willingness to maintain and uphold white supremacy.

Despite being the targets of state-sponsored graft and violence for decades, black folks in Ferguson can't even be trusted to vote for their own survival if the vessel is African American and a woman.