On Tuesday's New Day, during a segment with Minnesota Democratic Rep. Keith Ellison as a guest, CNN's Alisyn Camerota referred to President Donald Trump's reinstatement of the Mexico City Policy and wrongly claimed that it would bar NGOs from discussing "contraception," even though the policy would only withhold federal funding if they perform or encourage abortion.

Near the end of the segment at 8:20 a.m. ET, the CNN host mis-stated the policy and called it "baffling" as she posed:

I do want to move on to the Mexico City gag rule that you talked about because this is baffling. Why not allow NGOs to be able to discuss family planning with women? As we understand -- as I understand it -- correct me if I'm wrong -- they can't even discuss contraception.

Not surprisingly, she was asking the wrong person for a correction as the far-left congressman merely went along with the premise of her question:

Well, I think it's a very damaging policy. I think it's ideologically driven by some people's religious beliefs. And I don't think it's right to impose that as U.S. policy. And I actually think that it's pretty damaging when you consider, you know, how so many women around the world and so many people are relegated to poverty because women do not have the capacity and the ability to make choices around family planning. And so I think it's really a disastrous policy, and I'm sorry that it happened.

It is possible that Camerota picked up this misinformation from an opinion article on CNN.com titled "Gag me: Trump's anti-abortion executive order," which at one point makes a similar erroneous claim:

Implementation of the global gag rule went well beyond abortion to effectively limit all discussions of family planning, including condom use to prevent HIV infection, and multi-year spacing of pregnancies to avoid maternal deaths. 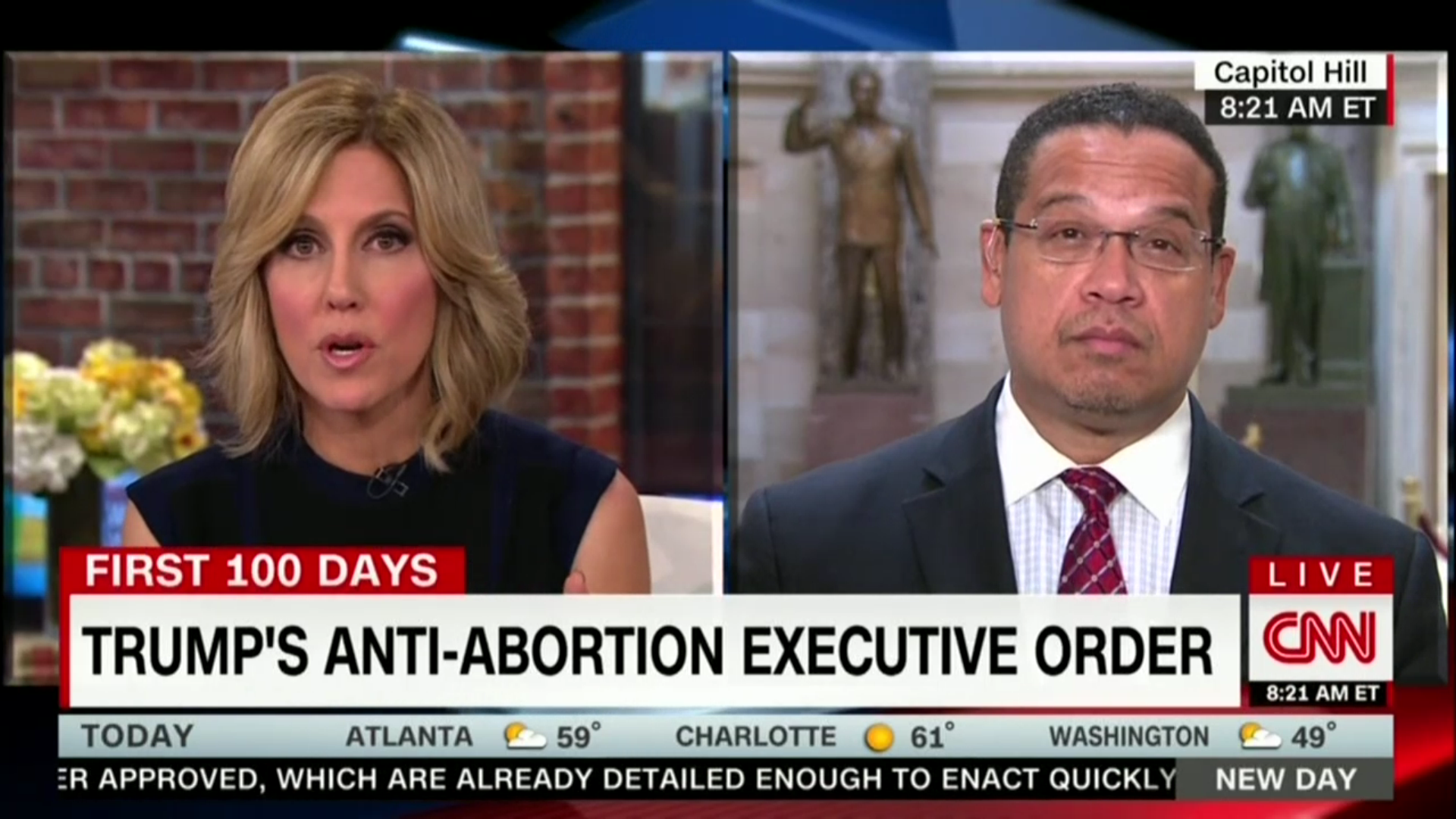 As alleged documentation, this sentence links to an article on the website of the group Impassioned Advocates for Girls and Women which complains that NGOs that refuse to back down from supporting abortion would lose funding for other services like contraception.

But this second article does not claim the groups would lose funding as a consequence of providing contraception. So Camerota seems to be repeating someone else's misunderstanding of how the rule works.