On Friday's New Day on CNN, during a discussion of violent protests outside a Donald Trump appearance in Costa Mesa, California, after conservative CNN political commentator Matt Lewis suggested that they might be "leftist agitators" who are effectively boosting Trump's campaign with their behavior, co-host Chris Cuomo defused his characterization by asserting that many of them "were just dissatisfied citizens who were taking out their disatisfaction the wrong way in anger and destroying a lot of property there."

Co-host Alisyn Camerota began the segment at about 6:05 a.m. ET by almost sounding like she was surprised the violent protests were not inspired by "violent rhetoric" from Trump as she posed:

So this violence that you saw outside the Trump rally, now, I think that, in listening to the portions of Trump, what Trump was saying inside the rally, he wasn't using any sort of violent rhetoric. So this is stuff they took on themselves. These are anti-Trump protesters. You can see it on your screen there. They were trying to flip over police cars. They were vandalizing things. What does this mean moving forward towards the general? 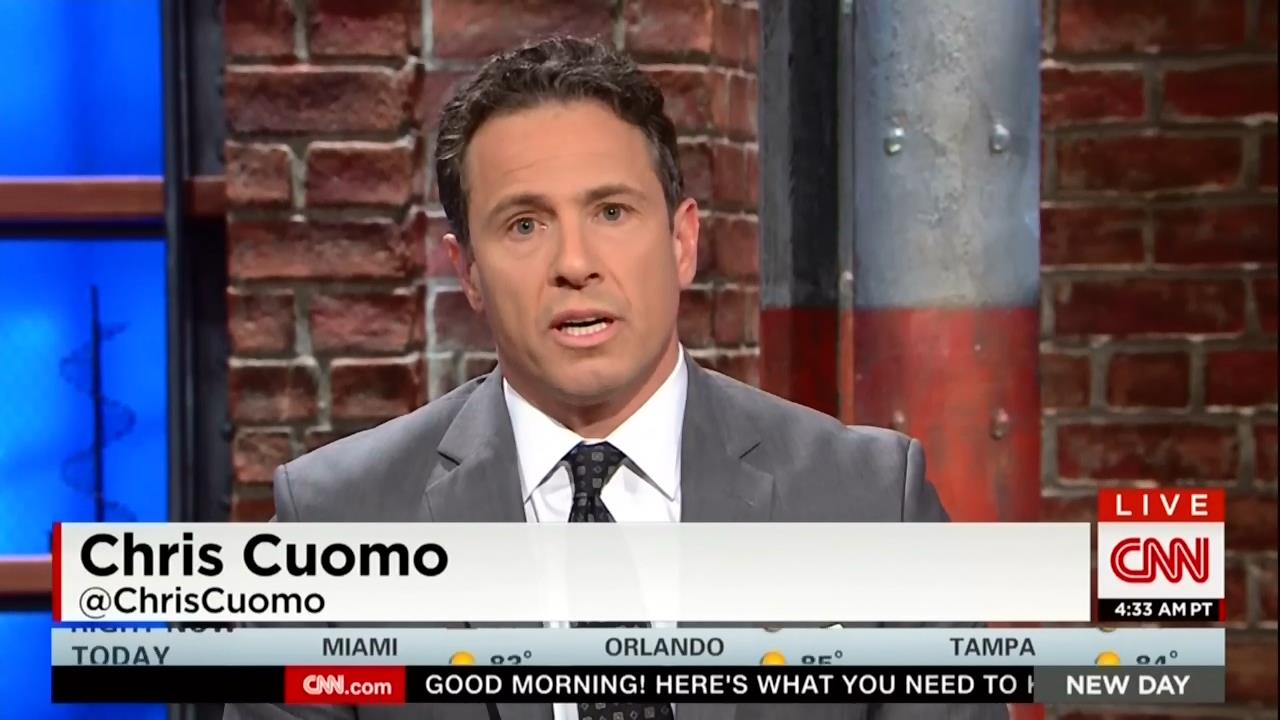 Lewis predicted that such violence encourages Trump's supporters to vote for him and suggested that it is in the interests of "leftist agitators" to plan more such activity to help get Trump nominated and damage the Republican party:

It means Donald Trump has a better chance of winning the Republican primary. Anytime something like this happens -- if it's a terrorist attack or if it's lawlessness on the streets -- it helps Donald Trump. This is a problem that only Donald Trump is strong enough to solve -- at least that's what his supporters will think.

Cuomo then moved to pour cold water on the term "leftist agitator" by introducing the term "dissatisfied citizens" into the conversation:

Juana, now Matt is using the term "leftist agitator" to keep it in the political sphere, but, as we know, a lot of those people on that street were just dissatisfied citizens who were taking out their dissatisfaction the wrong way in anger and destroying a lot of property there. But what does it speak to there in terms of the climate in which this general election will take place?