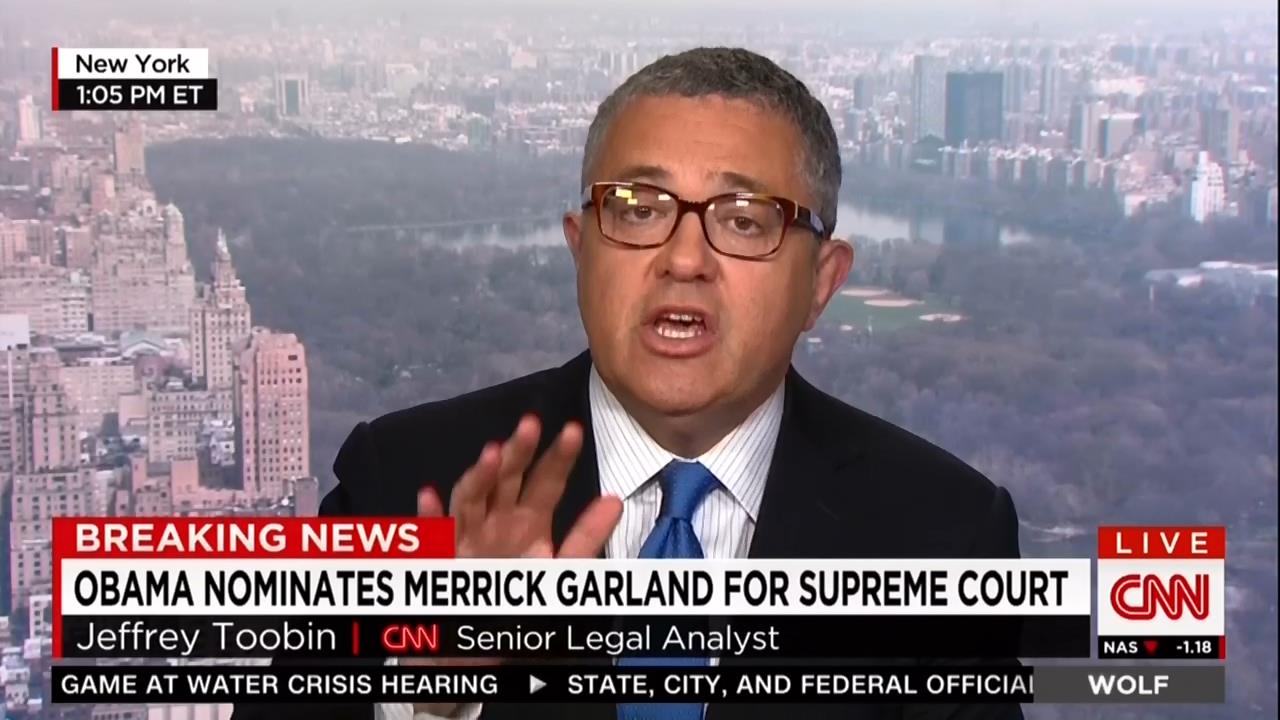 Appearing on Wednesday's Wolf show to discuss President Barack Obama's nomination of Judge Merrick Garland for the U.S. Supreme Court, CNN legal analyst Jeffrey Toobin characterized Republican resistance to confirming him as not being about "principle," but "power" instead.

Even though conservatives out of principle are opposed to appointing Supreme Court justices with a left-wing tendency to distort the Constitution's meaning, inserting their own personal political views, the CNN legal analyst made it sound as if Republicans just want to deny a victory to President Obama.

Toobin began his analysis by bolstering Judge Garland as being "extremely" qualified:

Well, this is an extremely qualified nominee by any standards, someone who has impeccable legal background, 18 years on what is widely regarded as the second most important court in the country. Under normal circumstances, he would certainly get a vote and certainly -- almost certainly -- get confirmed.

Moments later, after CNN host Wolf Blitzer asked if there was precedent for withholding confirmation of a Supreme Court justice in the final year of a President's term, Toobin went to work painting Senate Republicans as having untoward motivations:

With Justice Scalia's death there are four Democrats and four Republicans on the Court, and that makes this seat so significant. As for the timing of the nominees, it is true that it is unusual to have a nominee appointed and confirmed in an election year, but it has definitely been done many times in American history. Anthony Kennedy -- who is currently on the Court -- was confirmed in 1988, an election year.

These confirmation battles are always more about power than they are about principle. The Republicans have the power to deny President Obama this incredibly important opportunity, and they are using that power. That's what it's really about. The principle is very much a secondary consideration.