CNN's Louis: Ex-Convicts Are Dems Because 'More Respectful Toward Civil and Human Rights'

Appearing as a guest on Tuesday's At This Hour with Berman and Bolduan, CNN political commentator Errol Louis dismissed GOP presidential candidate Ted Cruz's assertion that Democrats are more likely to commit violent crimes than Republicans by theorizing that prison converts some GOPers into Democrats because, after spending time in prison, they become "a little bit more respectful toward civil and human rights."

BRIANNA KEILAR: I want to talk to you guys about Ted Cruz. He said something yesterday that really grabbed some headlines. He said yesterday that most violent criminals are Democrats. Listen.

TED CRUZ AUDIO, FROM THE HUGH HEWITT SHOW: Every time you have some sort of violent crime or mass killing, you can almost see the media salivating, hoping, hoping desperately that the murderer happens to be a Republican. 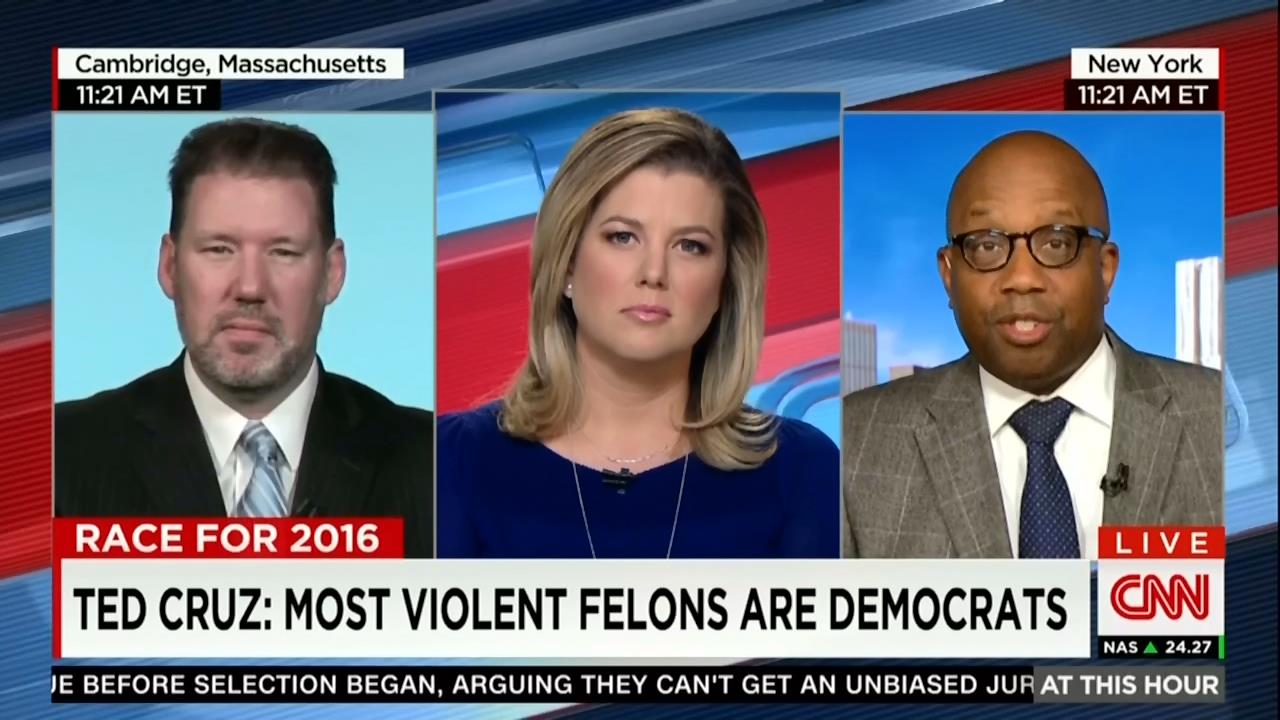 After former Eric Cantor Deputy Chief of Staff Doug Heye complained about the media trying to blame Republicans for the Colorado Springs Planned Parenthood shootings, Keilar turned to Louis who began his flaky analysis by dismissing the possibility that violent criminals are likely to have political sympathies before they go to prison. Louis:

Well, you know, having covered a lot of crimes and crime scenes over the last 30 years, my impression is that people who are violent criminals are sociopaths. They're not the kind who are going to wait in line on Election Day and, you know, declare allegiance to one party or another.

The CNN commentator then claimed Cruz was "getting his facts backwards" as he added:

To the extent that there's any meaningful content to what Ted Cruz is saying, I think there, he was sort of getting his facts backwards. He cited a study showing that most people, after they get out of prison, if they are allowed to return to voting, which is a patchwork of different laws around the country, many of them end up registering as Democrats. And that's somewhat understandable, I guess.