On Monday's All In on MSNBC, host Chris Hayes repeated the discredited claim that originated with a liberal blogger that House Majority Whip Steve Scalise spoke at a convention for the European-American Unity and Rights Organization -- founded by white supremacist David Duke -- in the congressman's home state of Louisiana in 2002.

Even though the man who booked hotel space for the convention, Kenny Knight, has claimed the event Rep. Scalise spoke to was a separate event for his local community group which he held in the same hotel to take advantage of the available space, while a flyer for the convention shows no sign that Scalise was one of the scheduled speakers, the MSNBC host charged ahead with trying to connect the Louisiana Republican to white supremacists.

Then, chaos in the House GOP. A man who once spoke to white supremacists runs for leader, and a Tea Party candidate jumps into the Speaker race.

At 8:46 p.m,, as the MSNBC host got to the story of the GOP House leadership shakeup, Hayes began: 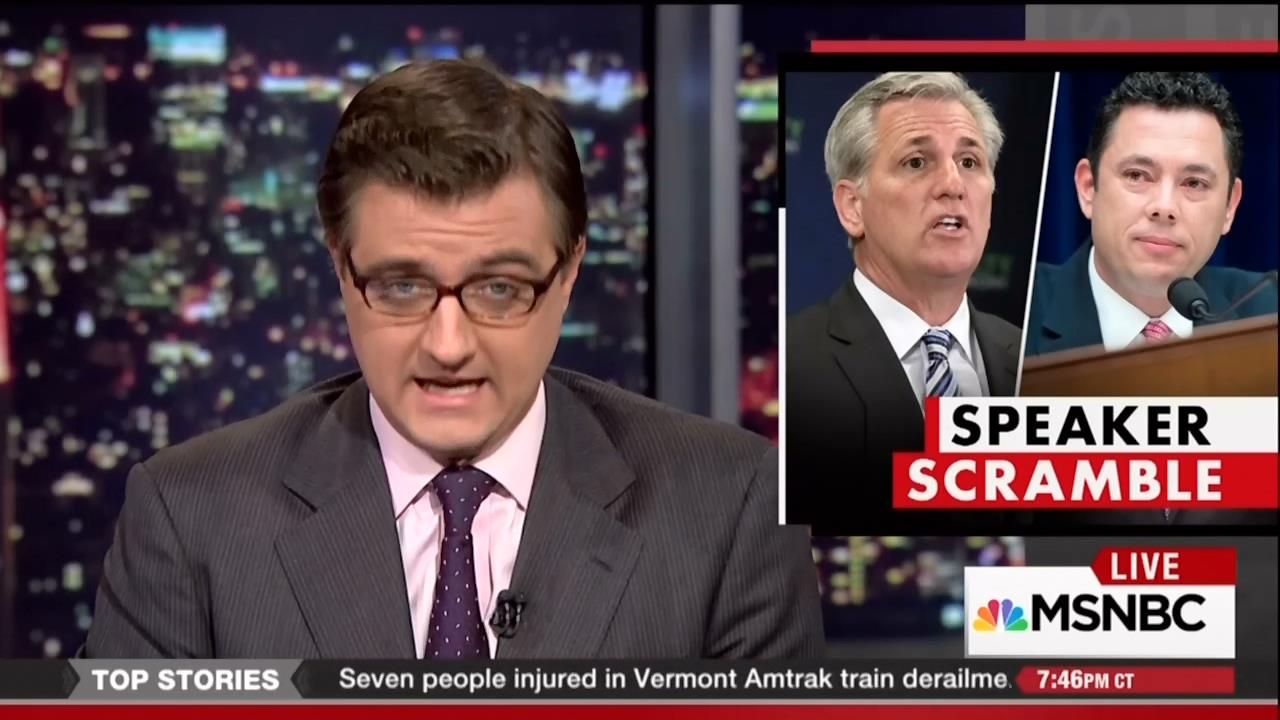 The Congressman who spent the start of this year trying to explain away a 2002 speech to a white supremacist group says he has the votes to secure the number two spot in the GOP House leadership. You'll remember Louisiana Republican Steve Scalise -- currently the House Majority Whip -- reportedly told donors yesterday he has locked up the votes to become Majority Leader.

Scalise had to fend off calls to resign at the start of the year after he admitted having spoken to a gathering hosted by white supremacist leaders in 2002 at a convention for an organization founded by former Ku Klux Klan leader David Duke. Scalise maintained he had been unaware of the group's politics.