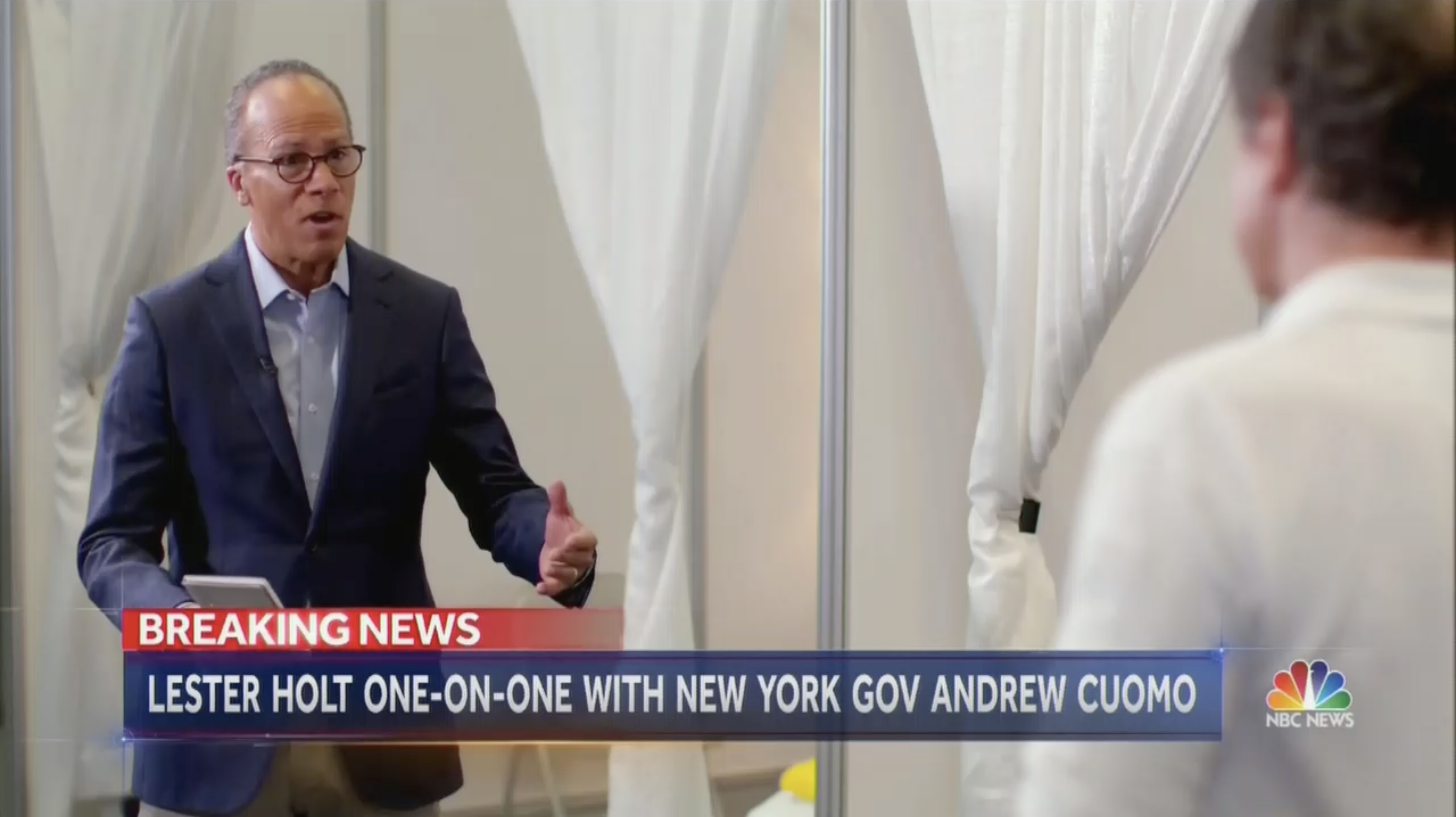 For the past several weeks, TV journalists have been unrelentingly nasty in their coverage of President Trump's handling of the coronavirus pandemic (see here, here, and here for examples). But they've also found a liberal Democratic politician to rally around: New York Governor Andrew Cuomo. Cuomo has become a darling of the liberal media thanks to his daily press conferences — along with the fact that he is not President Trump.

Cable news journalists have made no secret of their adoration for Governor Cuomo, with hosts on both CNN and MSNBC either encouraging Cuomo to run for president, or outright declaring that he already “kind of” was the President.

To see the media’s adoration for Cuomo contrasted with their coverage of President Trump’s daily briefings, watch the video below:

On the March 28 edition of AM Joy, host Joy Reid hypothesized that President Trump was “just a little bit mad that Governor Cuomo has kind of become a kind of Acting President, providing the leadership that Donald Trump clearly is not capable of.”

On CNN, Prime Time host Chris Cuomo engaged in an awkward back-and-forth with the governor (his brother), in which he repeatedly pressured him to run for president.

There has been no shortage of applause for Cuomo over on the broadcast networks (ABC, CBS, and NBC) either. During an interview with the Governor on the March 27 edition of NBC Nightly News, anchor Lester Holt gushed: “You spoke to national guard troops today in a stirring speech that, if I wasn’t listening carefully, I’d thought were sending soldiers off to war.”

Like Holt, most of the journalists praising Cuomo have focused on his daily briefings, while his actual performance as a Governor have been largely ignored. The liberal media’s soft spot for the Governor has left them on the wrong side of the facts on more than one occasion, most recently with the dispute between Cuomo and President Trump over New York’s need for ventilators.

Considering some in the liberal media have already declared Cuomo the “acting” President, it’s unlikely that his brother will be the last TV journalist to beg him to run for higher office.