NBC's Chuck Todd Lobs Softballs To Biden, Asks if Trump Has 'Blood on His Hands' 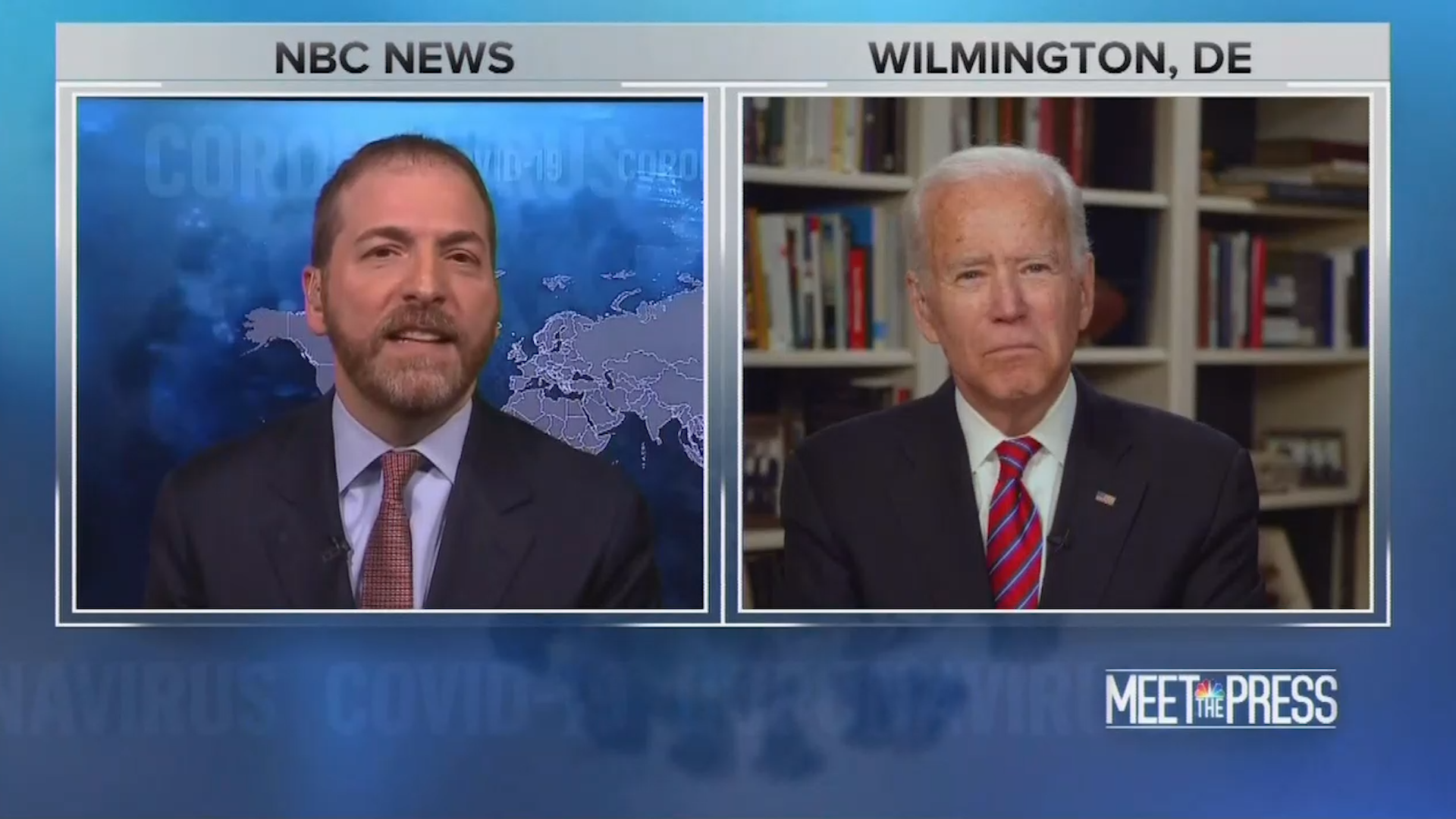 On Sunday’s Meet The Press, moderator and NBC News political director Chuck Todd conducted a sympathetic interview with Democratic presidential candidate Joe Biden, during which he asked whether Biden believed the President had "blood on hids hands" for "mishandling" the coronavirus pandemic.

Almost all of Todd’s questions were open-ended invitations for Biden to speculate about how he'd have handled the coronavirus pandemic better than the President. After several subtler attempts at teeing Biden up to take a swing at the President, Todd cut to the chase:

You know, your campaign put out a critique of President Trump that says if he doesn’t these things, you know, he could cost lives. Do think there’s already — do you think there is blood on the President’s hands, considering the slow response? Or is that too harsh of a criticism?

For what it’s worth, even Biden appeared uncomfortable about Todd’s prompt, responding: “I think that’s a little too harsh.”

Todd also completely ignored the new sexual assault allegations against Biden that broke just days ago. Not that anyone was actually expecting him to ask about something like that. But it's worth asking, if Trump were on Meet the Press just days after an accuser came forward, would Todd have asked him even a single question about anything else?

A transcript of the interview will be available shortly.