Media Still Pretending We Can Believe China's Coronavirus Numbers, If It Means They Can Bash Trump 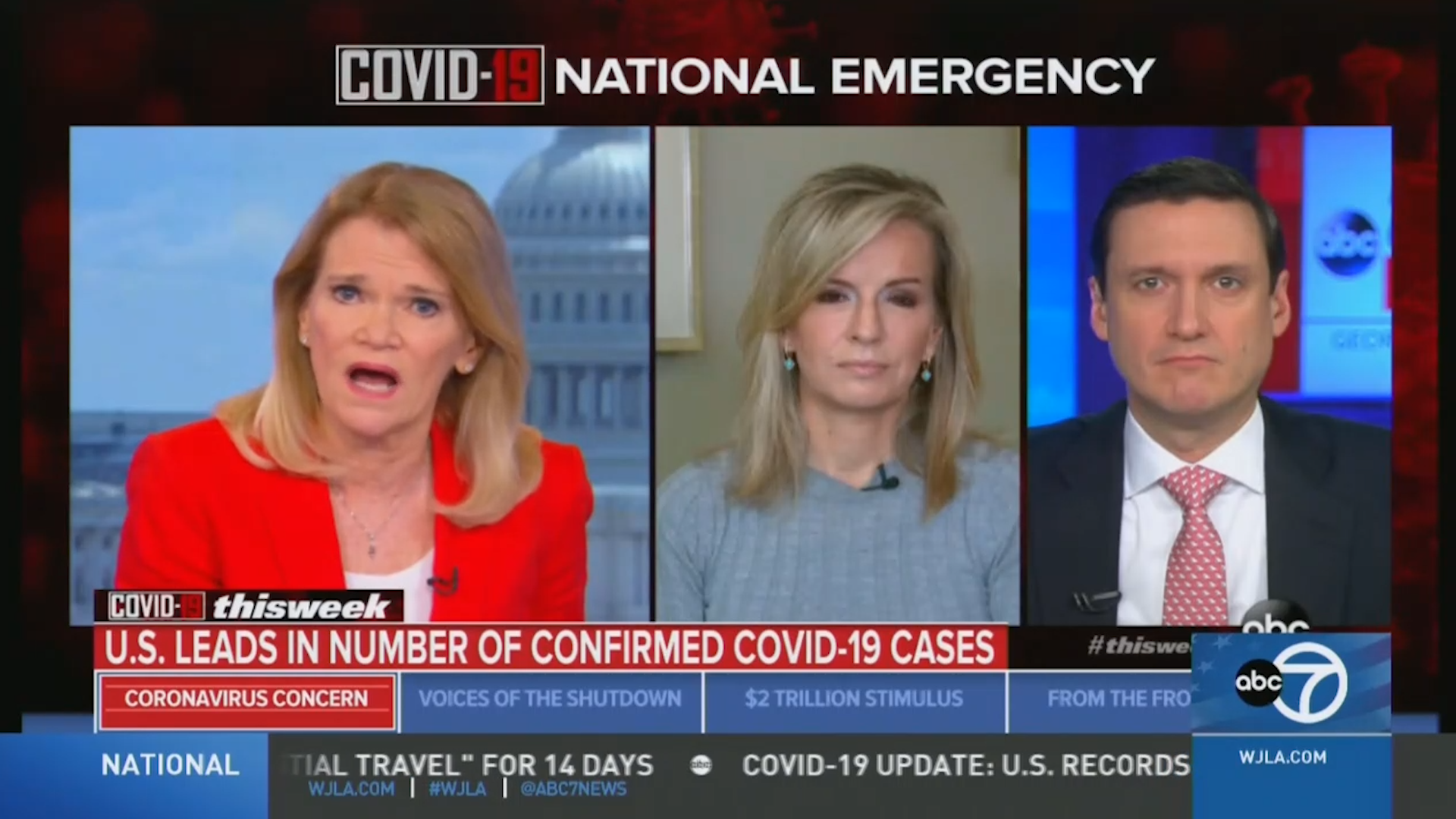 Whether motivated by ratings or by some political agenda, liberal TV news networks on Sunday acted as though the coronavirus numbers released by the Communist Party of China were trustworthy enough to report on American national television. Throughout Sunday morning and into the afternoon, journalists on both liberal cable (CNN and MSNBC) and broadcast (ABC, CBS, and NBC) networks proclaimed that the number of confirmed cases in the United States had surpassed those in both China and Italy, even though that claim relies on dubious figures reported by the Chinese government.

All five of the above networks aired the questionable statistic on Sunday morning. Most journalists who made the claim, such as CBS’s Margaret Brennan and ABC’s Martha Raddatz, simply described the number of cases in America as “the most in the world.” However, others — including NBC’s Chuck Todd, CNN’s Fareed Zakaria, and MSNBC’s Joy Reid — specifically mentioned that the U.S. had surpassed China in confirmed cases, with no indication that viewers might have some reason to question China’s numbers.

Watch the video below to see how many TV journalists pushed this claim on Sunday alone:

During the 10:00 a.m. EST hour of MSNBC's AM Joy, Reid called this developlemt “the most perverse possible version of Trump’s signature slogan, ‘America First.’” That quip bore a striking resemblance to a tweet by Hillary Clinton from just days earlier: 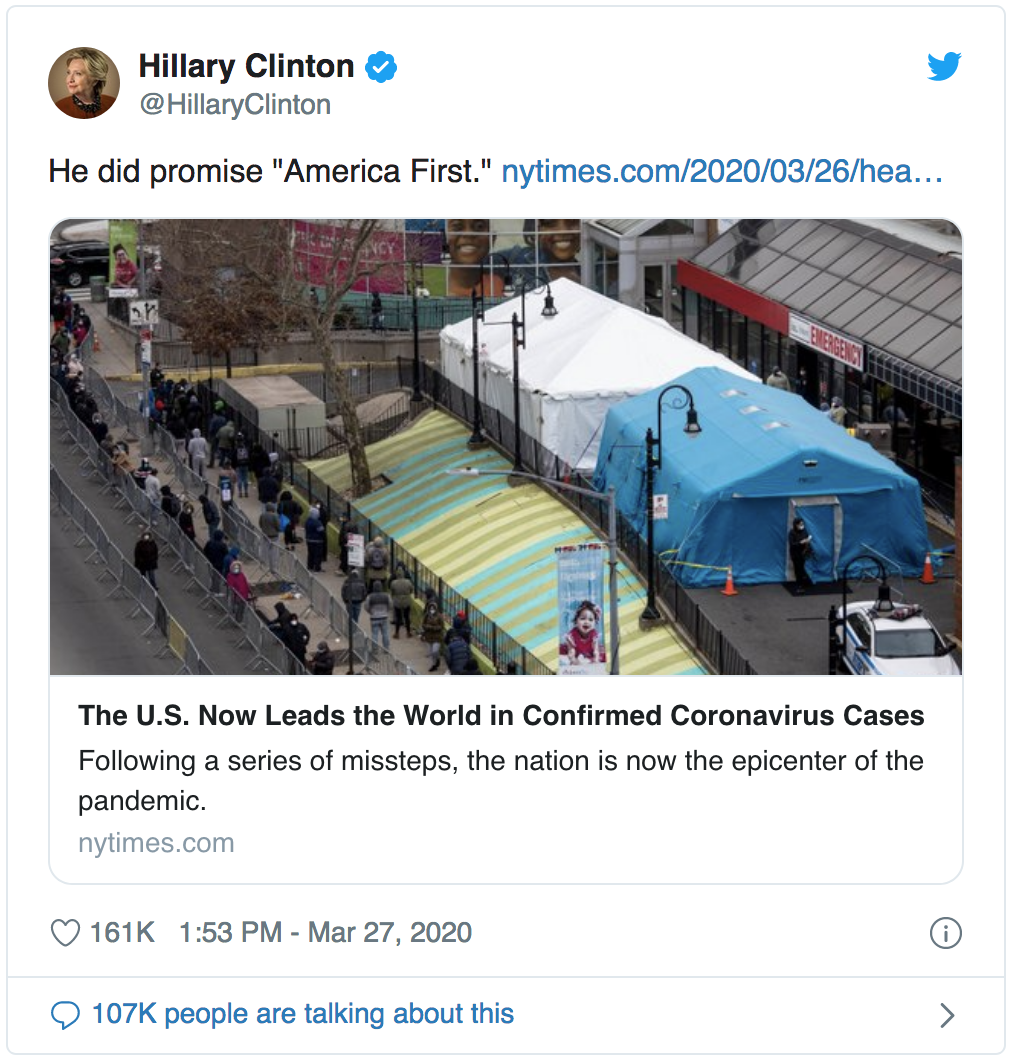 A handful of leftwing print news outlets have come under fire for similar fuzzy reporting, including The New York Times for a March 26 piece titled “The US Now Leads the World in Confirmed Coronavirus Cases.”

However, there were also some journalists who avoided parroting this claim entirely. MSNBC’s Ali Velshi and Alex Whitt, as well as CNN’s Fredricka Whitfield, all avoided repeating the “most confirmed cases” statistic at any point throughout their multiple-hour Sunday programs.

CNN’s Jake Tapper was the only cable or broadcast journalist on Sunday morning to point out that in order to make such a claim, one had to believe China’s numbers. During the 9:00 a.m. EST State of The Union, Tapper remarked: “The U.S. now has the most officially reported coronavirus cases on the entire globe — of course, that requires that you believe all the other countries reporting, including China.”